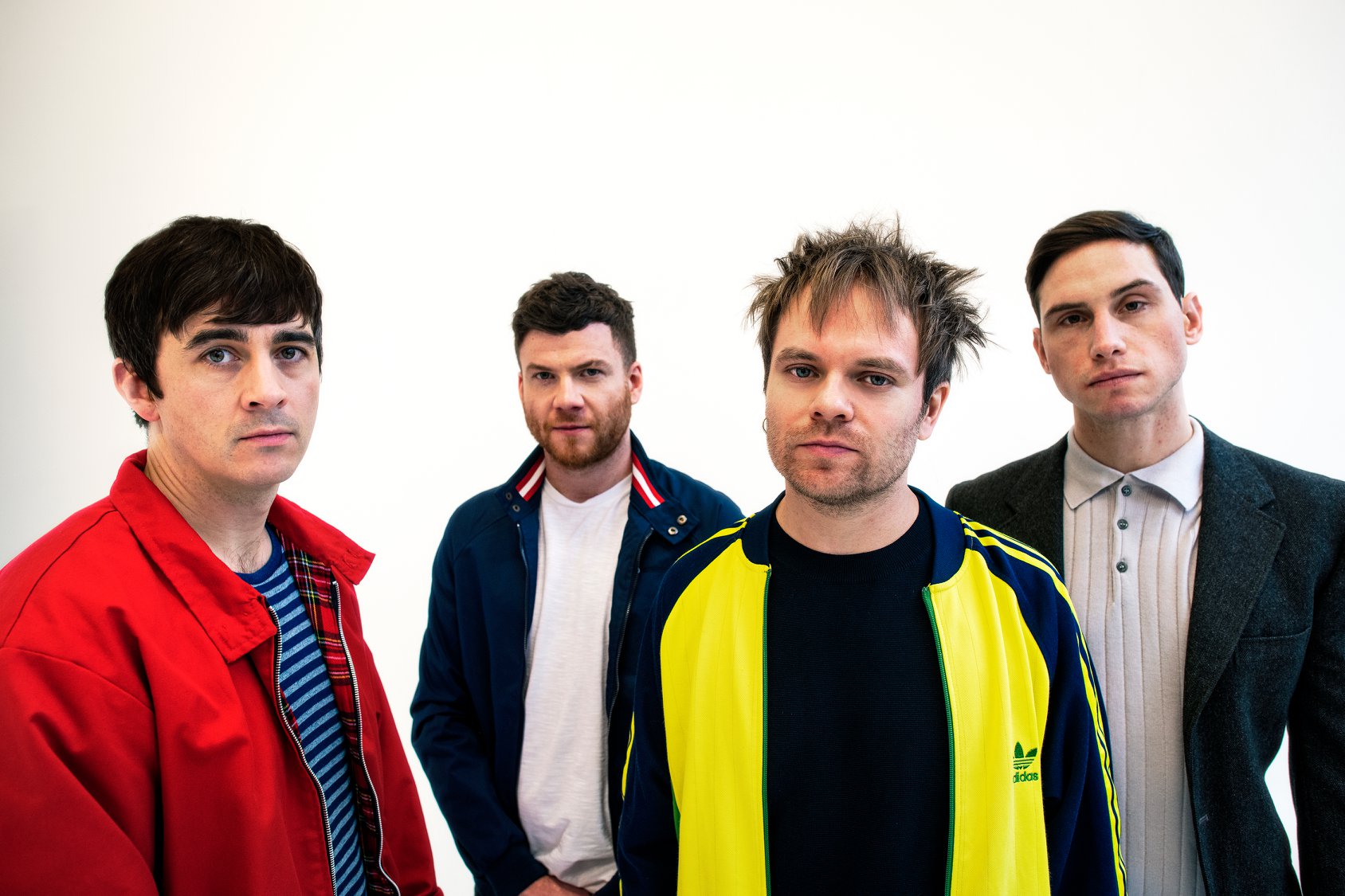 We recently caught up with Enter Shikari frontman Rou Reynolds to chat about the crazy world we find ourselves in, releasing a new album without being able to go on tour and where they’re planning to go when they finally get to hit the road later this year…

Hello Rou! How is life in isolation currently treating you?

It’s certainly odd and a bit draining on the mental health, but I can’t complain. My family all have their health and I have my cat to keep me company. My street has come together like never before, I actually know some of my neighbours now! Which for London is lovely. The newly discovered sense of local community is great. And I have plenty to keep me busy with be it work or exercise.

Your new album “Nothing Is True & Everything Is Possible” is due for release in a few weeks. How strange does it feel gearing up to release a record and having no shows to promote it straight away?

To be honest it’s totally gutting. We’d just started practicing the new songs a couple of weeks before lockdown and the energy even in our tiny practice room with just the four of us was incredible, so god only knows what those little shows would have been like. It’s frustrating because the album will now not get half as much of the reach that it would have with those shows but we felt it’s important to continue with the release as normal.

We’ve seen a lot of stories about the impact that several months without live music will have on small venues and bands operating at a DIY level, but could you tell us a little bit about the effect it has on the livelihood of established bands such as yourself?

Well it’s hard to say because we don’t know how many tours are going to have to be cancelled this year. There’s studies that now suggest without a vaccine we’ll be in and out of lockdowns well into 2021. Having already cancelled all our release shows and various summer festivals, we’ve had to sign up for the government’s coronavirus job retention scheme so yeh the situation’s pretty taxing at our end. As mentioned in the previous question as well it’s taken away our ability to properly promote our new album which will have all sorts of negative effects on the business side of the band. But we’re remaining positive! We’re so lucky to have a passionate fanbase and even the possibility to do this as a living, of which I’m eternally grateful!

You’ve said that your new album is “The Definitive Enter Shikari Record” – could you tell us a little bit more about what you mean by that?

Whilst writing my lyric and essays book a few years back, I had to dive deep into our back catalogue in order to remember every detail about the influences for each song. We’re a band that is so relentlessly progressive and forward facing usually, so this was the first time I’d really looked back at our journey and the breadth of music we’d put out. I was therefor inspired to make an album that had a slight tip of the hat to every era of the band. A signpost album if you like. This is where we’ve come from and this is what we can achieve.

You’ve always been a politically minded band. It’s been a pretty crazy few years politically, all around the world. What specific things have shaped the lyrical themes of the record?

The last few years have given us political shocks that we thought never possible. From Trump’s election, to the rise of nationalism – that ugly ideology we all thought dead, to what’s happening now with the new coronavirus. Possibility itself is the main theme of the record. The word used to be much more positive, but now seems to be one I cower away from, what is possible now.. what on earth is going to happen next?! *shudders*

There’s one song in particular that we wanted to ask about – Elegy For Extinction. Why did you decide to include an instrumental track like that on the record, and what do you think fans will make of it as a piece of music?

Classical music was a big influence throughout this album, and to an extent, always has been. But I wanted to push myself in terms of composition and make an actual piece of music for full orchestra. I managed to make something I believe is still quintessentially enter shikari but instrumentation-wise, completely new. I also wanted to make a track that was essentially about climate change but from an angle we hadn’t explored before. So this piece became ‘programme form’, without words, tells the story of life on earth from the Cambrian explosion to the anthropocene.

You’ve also just announced a huge tour for later on in the year. A date on the UK run that stands out is Middlesbrough. How important do you think it is for band to play towns like that, which aren’t often included on the major touring routes?

Well we got stuck in a lift for two hours at the Newcastle venue we played last tour, so we certainly aint going back there again for a while! PTSD much! Middlesborough has always been good to us, it was a stronghold since the very early days of touring for us. We don’t forget things like that and as always are looking forward to going back.

There’s also two dates in Nottingham. Obviously you were expecting great sales there, but were you surprised by how quickly one of them sold out?

Yeh, especially in the current climate of complete uncertainty!

Something daft to end on – Hollywood calls, they’re making Enter Shikari: The Movie and you’re in charge of casting. Who stars as the band?