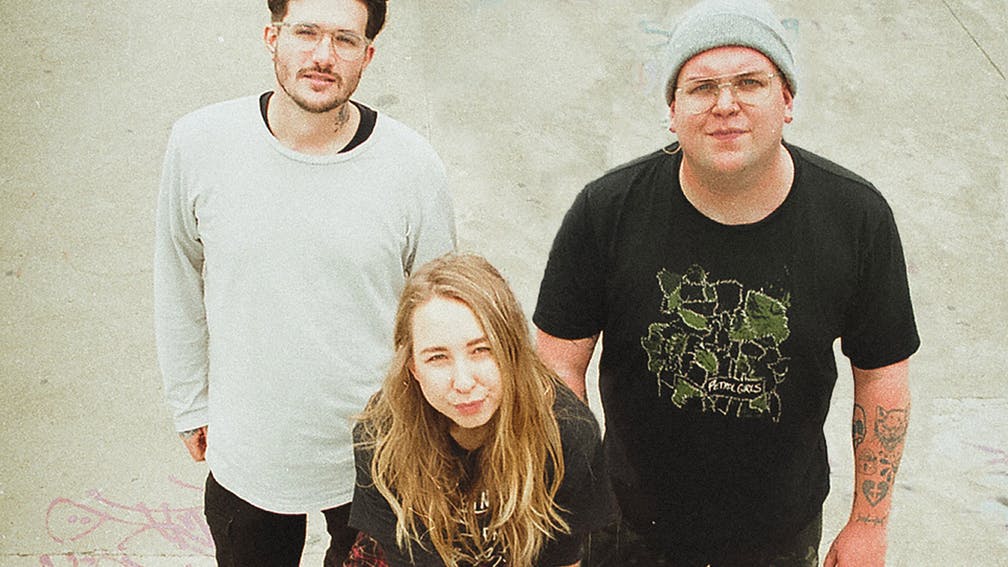 Milk Teeth’s Becky Blomfield speaks to us about what’s currently happening in the world, releasing a new album and who would star in the Milk Teeth movie…

Hello! How is life in isolation treating you?

I’m not feeling very isolated as I’m still going to work everyday so I’m mostly just tired for different reasons. Feel very fortunate to still have a job but also feel like a bit of an alien when everyone else has so much free time.

You’ve just put out a new album. What has it been like releasing a record and not being able to get out and play shows to support it?

It’s sad that we can’t play shows right now but it’s more sad the extent of this corona epidemic. It’s more sad the NHS have been so poorly funded by our government and it’s more sad the lack of respect and immediate action there was by them to look after society at a time of crisis. That upsets me more right now than whether we can be on tour.

Have you been able to gauge the reaction to it in the same way without the shows?

The album seems to have been really well received by both fans and critics which is always a little weird as it’s your own work being reviewed. I always sort of separate “band me” from “personal me” when it comes to achievements but I’m glad people have been so responsive even more so in a time of such upheaval.

A lot of smaller bands and venues are really struggling at the minute. Do you have any thoughts on what can be done to get the industry back on it’s feet once this has all blown over?

I think this crisis has shown up a lot of problems in areas not just in music but across many careers and industries. There are people who are not able bodied who have now been shown they could have been working from home when they’re employers told them no. I think fans of music are realising that when bands and artists say “please buy our merch” or “come see our band live” that it really is the main source of income now that the industry has shifted to predominantly streaming platforms. I think it has the potential to release a lot of creativity and for people to channel a lot of the anger they’re feeling and apathy at this situation. A lot of wonderful music will come out of it I’m sure. As for venues and independent record stores, pick up tickets for the shows they have booked further ahead to look forward to, pick up your favourite records online whilst you can’t in store, donate where you’re able to live streams and shows artists and creatives are creating for you so you can still be part of a live scene whilst social distancing and isolating. It shouldn’t come down to fans to solely have to keep musicians afloat as there should have been more support for the self employed in the incident of a global pandemic however their support means more now than it ever has done before.

Milk Teeth has had a few line-up changes over the years. What impact has this had on the band creatively? Has it changed the writing process much?

Creatively it hasn’t affected things. I’ve always been one of the main songwriters in Milk Teeth since we formed seven years ago. I think there would have been a bigger creative impact if the lineup had lost myself – if anything all this adversity and upheaval contributed to a lot of the writing of this record. In my personal life it hasn’t been a happy time and it’s something I still deal with the repercussions of to this day.

Milk Teeth is very highly thought of in the DIY punk scene, despite being signed to a bigger label. Why do you think you have managed to main that connection?

I think we are very open and honest and real. I don’t see myself as any different to anyone else – there is no pretence here. I shouldn’t be thought of in high regard simply for writing some songs – anybody has the potential to be creative and work hard. I think fans see that and relate to the fact we are very ordinary people figuring out life’s path the same as anybody else, the only difference is a few more people may hear about it. The DIY scene is where we started out for years and to be honest where there’s a lot of less mainstream music industry bullshit – it’s important to us to be grounded in that side of things too because morally that’s who we are and how we connect to the music community. I care more about that than chasing any sort of notoriety. Maybe that’s where I’m going wrong…

Hollywood calls, they’re making Milk Teeth: The Movie and you’re in charge of casting. Who stars as the band?

Thank you to anyone who’s let our new record into their lives right now – I hope you’re all able to stay safe during this very weird time. Thank you to all our NHS workers, thank you to teachers, social workers, support workers, supermarket workers, independent businesses, the emergency services, vets etc. You are all doing an incredible job and we won’t forget it.