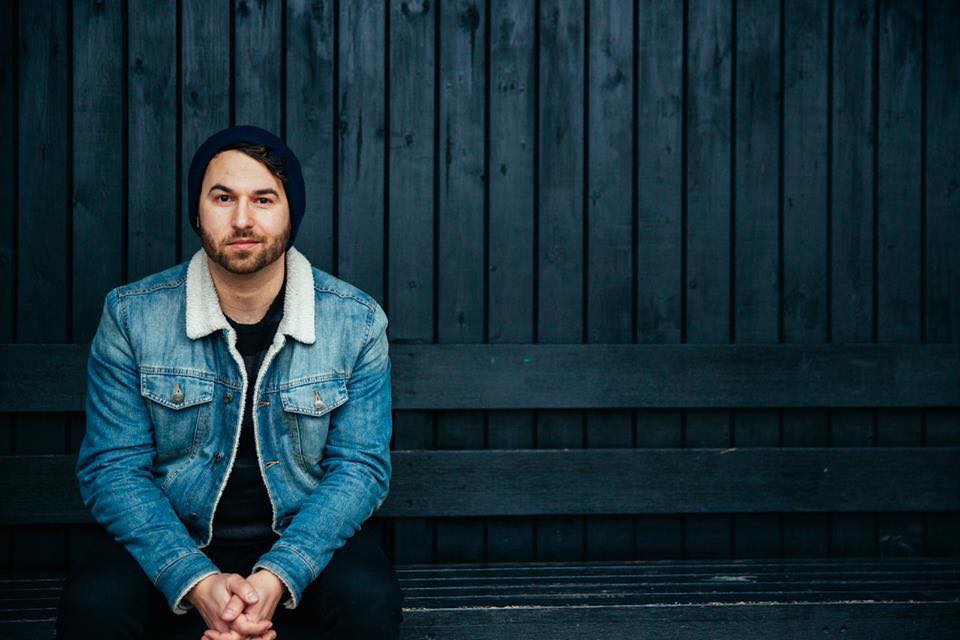 Hello dear reader, it’s that time again. Grab your portable stereos, grab your mates, maybe a stranger or even your nearest and dearest and share some more some banging tunes and good times!

In my time of doing the whole singer songwriting/touring musician stuff I’ve come across a lot of different artists, one these being the infamous B-Sydes. The first time I caught Cambridgeshire’s golden boy was when I was on tour with Rhys Kirkman playing at a bar in Hitchin (#hithcinisbitchin) and it was one of those moments where you just watch an artist really go for it and you look at the stage, look at the crowd and it’s like watching poetry in motion. Since then seeing him tour with the likes of Gaz Brookfield, Jake Martin and hearing this record the development of this fine artist it’s like watching a roaring street fire The momentum from the back of this album and constant touring is really working wonders for this artist, so with that lets dive in…

If you’re a fan of Frank Turner, City & Colour, The Pogues, InMe and dare I say it, Panic! at The Disco, then this record is the one for you! A way for you to really appreciate this underground classic is just to stick it on, listen to that haunting opening instrumental of “Witching Hour” and just stare at the artwork, it’s almost like you’re being dragged into the crazy world of this album. The music of this piece gives you a taste of the drama yet to come, it’s a great start of showing the musicality of this record, capturing the heavy strums of B-Sydes acoustic guitar as it’s accompanied by a violin dancing above the manic strumming. Then boom! Crutches just hits you like a train and it doesn’t stop. Flashbacks of seeing him live just come to mind when hearing this and “Good Times”, and then by track 4 you’re onto what I’d consider the fan favourite of “This Was My City Once”. The perfect for anyone who’s taking that bittersweet trip back from their adventure, or for anyone who has a moment of being homesick this is the sing you need. It’s an anthem for the social lost and misplaced.

Now with songs like “All at Sea”, it takes me back to shows I was younger watching bands around Blackpool like Me vs Hero, Ocean City Lights (they’d go onto to form Boston Manor) and so many more. If you like stuff like that and vocals that have all the drama, soul and power that you want from an artist then get this bad boy on, get to Blackpool or your nearest seaside town and jump around like the crazy young soul you are!

What’s great is from listening to this and then seeing B-Sydes influences is you can hear the subtlety of fusing together stuff like Reuben, Jeff Buckley and whole other army of influences seemingly to form his own sound and the song “Epiphanes” is a clear example of that, just listen to songs like “Lets Stop Hanging Out” by Reuben and then “Eternal Life” by Jeff Buckley and you’ll see what I mean.

The production level on this album is perfect what B-Sydes is going for this record, the pals battalion of “woahs”, all the harmony work and even B-Sydes vocal is capture and blended really well with the driving, soulful music. Produced by Matty Moon at Half-Ton Studios, has given these songs a bigger and wider sound,so there’s more bang for your buck. With solo artists introducing a band to their work sometimes the charm you have of just them with their guitar or whatever and their voice can in some cases get lost but the way in which this has been produced, it’s not at all. The acoustic guitar still rings out nicely, the vocals are still as powerful as ever and you’ve got B-Sydes sound, it’s like you’re in the bar with the band.

On that note, once you’re through the driving full band craziness you’re taken to the most exposed part of the record. “Hobbies”, it’s like that moment in a live show when he’s touring with Gaz Brookfield and they’re both in the pit belting out the chorus of a song or 2. If you’re fan of just a stripped back sound of acoustic guitar, violin voice and beautiful lyrics this right up your street.

This beauty of record finishes up with “Quicksand.” Fans of Frightened Rabbit this is a tune you need to check out. This artist is proving himself to be one that you need in your record collection and an artist you need to witness. This record is the perfect foundation for B-Sydes to be launched into the next stage of his musical adventure, so be sure you’re apart of it.