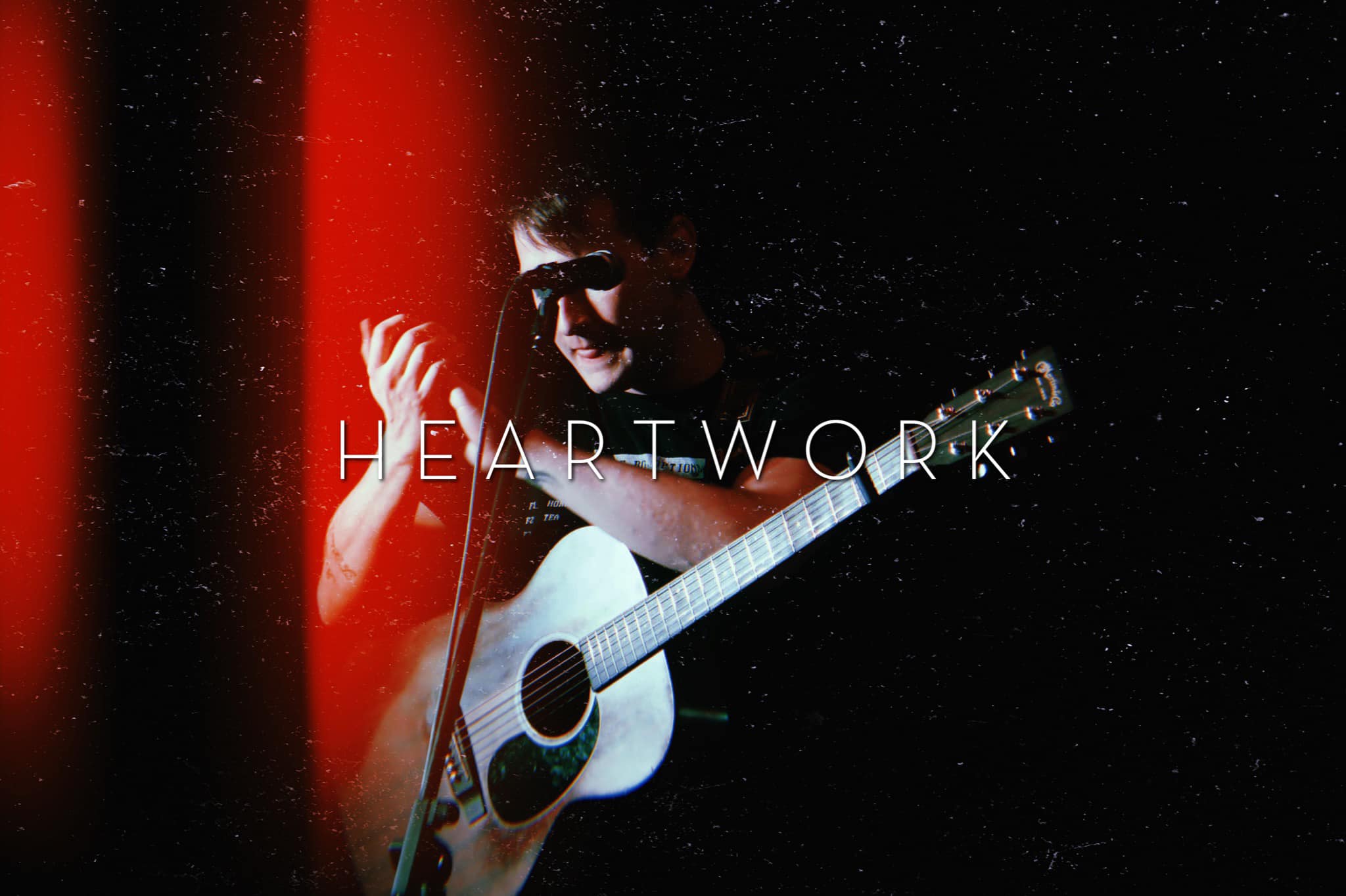 Hello dear reader, I have for you today an EP that will rock you to your very soul and will strengthen your core! Heartwork is set to release this massive monster mama jam on the 3rd April 2020, and music lovers you’re in for one hell of a trip with “Six”. This self produced masterpiece shows Daniel O’Dell aka Heartwork going back to basics, stepping out as not only a prolific writer but as producer, working by himself mixing and mastering this in his home studio, sifting through plethora of voice memos and notes on his phone through his musical journey.

This record was produced in just 7 weeks and is O’Dell’s thoughts on the world around him, discussing people’s morality, people’s behaviours online and reaching out to loved ones in times of need. Six is set out pick up where O’Dell left off from his previous releases, (seriously after binging this record get digging through his back catalogue is a mosaic of emotional goodness) and the title comes from him playing under the name Heartwork for six years and is a nod to his 2014 release “Five”. Man do I love it when artists do that!

I’ll let you into a quick trade secret, I was meant to do some backing on this record, but sadly missed out because I sent the harmony file to my old boss, yes I am kicking myself in this moment right now, because to have been a part of this would have been bloody brilliant.

Anyway enough small violin talk, now I’ve quoted and referenced his EPK, lets get down and jiggy with it! This is certain to be your future favourite EP One For The Road lovers out there.

From the click of play, this record grabs you by the finger and absorbs you. It really sets Heartwork away from the current stream of artists charging around with the use of electronic sounds and emotive lyrics, “Playing With Fonts”, builds with the perfect amount of harmonies, drums, synths, guitar and all fades away to a smooth plateau of just him and his guitar at the end. It’s like he’s not just playing with fonts to write with but playing different sounds to express himself in away that cannot be put into words. It’s like the emotive lyrics that are so honest and cathartic aren’t enough for him, the music really takes the essence of this songs amps the struggle of not wanting to leave the house and the inner conflict one faces in those moments. Yes I’m getting all that from just the first track!

Then we go onto “No Angles”, I must say the snare sound on this record is really good! It cuts well through the mix nicely and punches beautifully. This song is a world away from “Playing With Fonts” and is O’Dell flexing his musical influences, if you’re a fan of Funeral For A Friend, Reuben and a cross of Frightened Rabbit with Deftones this is your jam! The lyrics of this song really captures what O’Dell is wanting to talk about, with regards to how we interact online and talking to our friends, when you get to 2 mins 07 seconds of this song, I can imagine this specific part will be an absolute fan favourite at a gigs, a section that is just crying out for a good old sing/shout along.

When you get to track three, and remembering that this is a self produced record your jaw will drop, the production level is crazy! It doesn’t feel like this was recorded in 7 weeks and certainly not created from a home studio. I will say my mind has been blown by “Out Of Round”.

What is great about this record is that when you think you’ve got it sussed and you feel like you’re in for another head banging, moshtastic jam he pulls the rug from underneath you, “Bloom/Breed” is what I’d say is the moment you get the nod to “Five”. With a total change in instrumentation with just an acoustic guitar, piano and just the tiny little hint of a electric guitar. This EP is like a Swiss Army Knife of styles, and shows the wide range of what this artist can do. “Dust” is a real blend of what’s been happening production wise and if you like emotive rock, then is one you can pull some power poses to throw yourself around singing to pretending you’re in a music video classic.

This way of blending previous sounds and nods although captured nicely on the previous track, is really shown on the finale of this record. “Ten & Two”, the vocals glide and dance nicely perfectly with the guitar giving you a lovely moment of shade. The lyrics that O’Dell gives you on this are just sensational! The build up on this track is rich and subtle, it’s not an obvious set up, it just guides and takes you slowly to its crescendo to that bombastic ending

To put it simply, if you’re just discovering music you need to listen to this record, “Six” by Heartwork is both a real triumph of him as a producer and a real testament to him as a singer songwriter in his own right. A real gem in the world of new music!