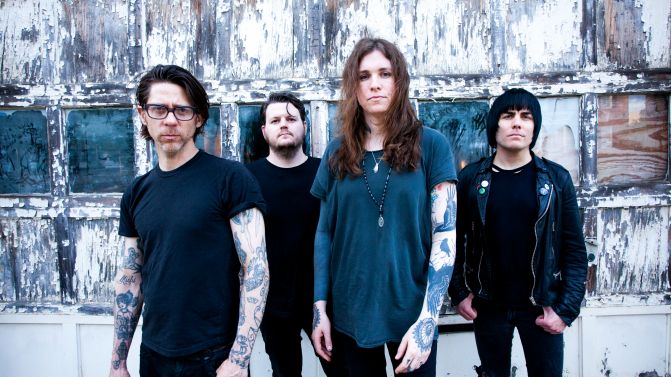 We love a bit of pop-punk here at One For The Road, so over the past decade, since long before we even existed, our writers have been huge fans of Slam Dunk Festival. This will be our Eighth time at the festival, and it seems like the Fireball Stage this year is a ‘best of’ the classic pop-punk and ska-punk stages that we’ve frequented over the past few years.

It’s testament to how far the festival has come over the years that there are several bands on the line-up this year who have previously played the headline slot. Reel Big Fish, Less Than Jake and Cute Is What We Aim For have all graced the top spot when the festival was smaller, and this time they’re not even headlining their own stages. At least three of the stages hold more people than the old main stage did back up at Leeds Uni.

The first band that we’re going to highlight as a ‘must see’ are Cute Is What We Aim For. They’re one of the few bands that will get us away from the Fireball Stage, since they’re playing their debut album ‘Same Old Blood Rush With A New Touch’ in full. It’s a great album, and barely left our stereos back in our first year of University. That was ten years ago when it was a new album because we’re old. I say we, I mean I. My girlfriend at the time, now wife, didn’t have much choice about listening to the album on repeat. Hopefully she has the same nostalgic feeling about it and will enjoy seeing them at Slam Dunk. If you’ve followed any of the Groezrock coverage on One For The Road, you’ll be aware of the fondness we’ve got for Zebrahead. We love that band. They’re on our list, of course. We’ve written time and time again over the last few months how much we love that band. We sat down for a chat with Matty & Ali recently, and spoke about Slam Dunk Festival. Check it out here: http://www.oftr.co.uk/zebrahead-interview-groezrock-2017

We’re spoilt for choice in the headliner department this year. Bowling For Soup are headlining the stage that we’re spending most of the day at. Modern pop-punk titans Neck Deep are headlining a stage, and of course Enter Shikari are the festival’s main headline act. For us though, Against Me! seem the most likely destination to end the day. From what I can see on the map, they’re playing in the Rose Bowl Car Park at the Leeds date. That stage is TINY! The stage itself is not much bigger than a burger van with a side missing. Seeing such a reputable band on such a small stage is sure to be a lot of fun, and not something that we’re likely to see again, so we’d be silly to miss it.

You’ll see MC Lars on and off The Fireball Stage throughout the day as he’s playing host. He’ll be doing a song or two during every changeover. He’s one of the most entertaining live acts you’ll ever see, and there are plenty of chances to check him out at Slam Dunk this year, so you’d be a fool to miss out, even if you only manage to catch one song. The bands that MC Lars will be introducing are all awesome, so picking a final band that we’d class as a must see is quite tough. That said, based on the last time they played at Slam Dunk Festival, we can’t not mention Goldfinger. Jon Feldmann & co will no doubt put on one of the best sets you’ll see all day.

Other honourable mentions must go to Madina Lake, Less Than Jake and The Ataris too. They will all be awesome, and hopefully I’ll get to see all of them.

See you down the front! (Or probably somewhere around the middle-to-back. I’m almost 30).