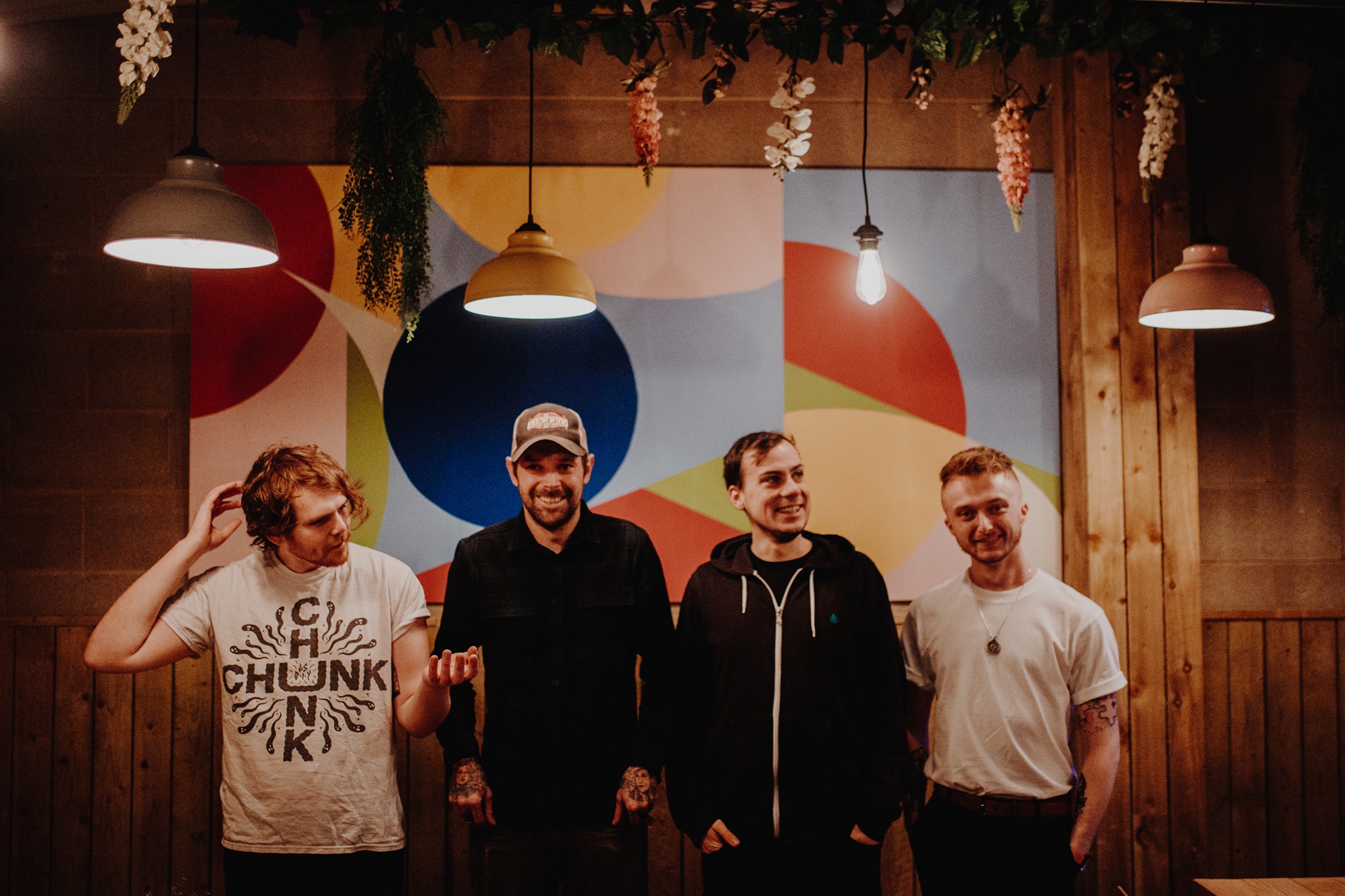 We caught up with Jake McAllister of melodic punks Sunliner to talk about the band’s recent rebranding and what people can expect this year.

Hey Jake, how the hell are you?

You’ve recently changed the name of your band. What prompted the decision to leave behind the name Jake & The Jellyfish?

To be honest it was something we’d be thinking of doing for a long while, mainly because we always hated the name. It was sorta just a hangover from when I started out by myself and needed a name to go under for a gig. I think the name change also represents the type of music we play much more.

The sound of the band has been evolving over the years anyway, but can we expect any noticeable changes in the vibe of the band now that you’ve changed name?

Eeeerm, well I think the changes in the band are fairly natural. We’ve been moving towards a more melodic punk rock style for a long time, but I’d like to think still hold some of that folk-punk roots are still there. I think we’re just leaning into the sound we’ve got!

You’ve also signed with a couple of really cool labels. Tell us more about that…

Yeah! We’ve just started working with Lockjaw Records in the UK and Paper + Plastick in the states. I’m really excited to work with them both, it’s always so nice to work with people that are so passionate and driven to make and release stuff in, let’s face it, a pretty tough industry. Both labels are made up of such, such nice, genuine people. Can’t ask for more really.

What can we expect from Sunliner in terms of new music and touring in 2020?

We’ve got a few new songs that we’re releasing …soon and in the meantime between recording and release we’ve already got a whole bunch of songs written and ready to go. In terms of touring we’re doing as much we can at the moment! Working a something for the summer, and and announcing something really exciting soon we’re doing near the end of the year.

You also play solo, which has always gone hand in hand with Jake & The Jellyfish. With Sunliner moving away from the folkier sound that you used to have, will that impact what you play at solo shows? Do you see yourself writing some a solo record at any point?

With solo shows, I’ve always played the songs that work best for that medium. There are loads of Sunliner/J&TJ songs that just wouldn’t translate. To be honest I’ve been thinking of doing a solo EP for ages now, the only problem is that when I write it pretty much always is for the band, it just naturally comes out that way and I don’t tend to finish those songs unless I think it’s really good, so there’s very rarely anything left over. I think maybe at some point I’d like to go away for a week and write a solo EP somewhere remote, Bon Iver-style but I’ve no idea when I’d do that haha.

There’s loads of ace DIY bands in the UK who are always running under the radar. Who have you seen, played with or just enjoyed recently that we should be checking out?

We’ve asked you this before, but you’ve changed members since then, so we’ll ask again… Hollywood calls, they’re making Sunliner: The Movie. Who stars as the band?

I can’t remember what we said last time, but it’s Nicolas Cage, for everybody.

I also run a podcast called “Desert Island Punks” which is basically a rip-off Desert Island Discs podcast except with albums instead of songs, it’s always a bunch of fun and I’ve had some great guests, check it out – www.soundcloud.com/desertislandpunks Other than that, keep an eye out for all things Sunliner, we’re all stoked for this year!