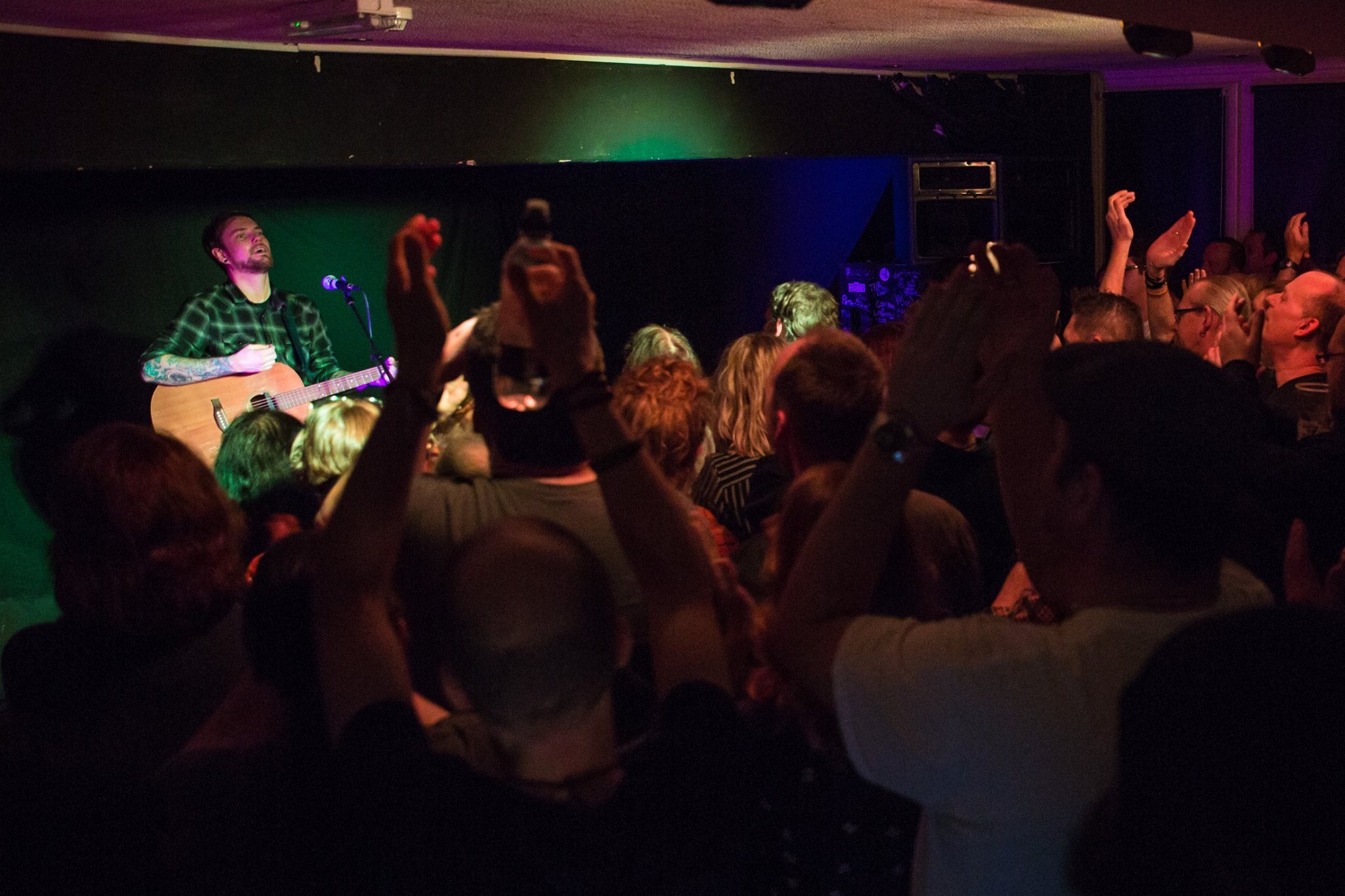 2017 has been a funny old year for music. There has been some brilliant records released, some awesome gigs and we’ve had the best time at some festivals. On the flip side, as people around the world are finding the courage to speak out about the physical and sexual abuse that they’ve suffered at the hands of people in positions of power, there have been a few allegations about members of certain bands that have really shook the scene. More on that later, first, I want to look at some of the things that have been awesome this year.

It’s just brilliant. There really have been some awesome records released this year. The Menzingers, Enter Shikari, Deaf Havana, The Homeless Gospel Choir, Tim Vantol and Propagandhi have all released absolutely brilliant albums, and there’s a late contender in Beans on Toast’s Cushty, released on 1st December, but none have quite hit the highs of American Fall. It’s one for AF fans of new and old. There’s a new take on their sound which will appeal to a wider audience while at the same time it retains enough of the Anti Flag identity for people such as myself.

Song of the Year: Normal by The Homeless Gospel Choir

2017 saw the return of Derek Zanetti aka The Homeless Gospel Choir. The first single and title track from his new album, Normal, showed signs of a more polished, prepared THGC, ready to take on the world. Tours with the likes of Dave Hause and Frank Iero followed, and this song was the one that connected with the crowds more than anything else, at the show that I went to at least. 50k YouTube streams would seem to agree.

Gig of the Year: Gogol Bordello at Leeds Beckett

Eugene Hutz and co really do know how to entertain. There are few bands on the planet that can match this show. If you ever get chance to see Gogol Bordello play, don’t miss it because you’ll really regret it. Their two hour show is one huge carnival of relentless energy. The supports on this one were incredible too – The Living End and Dave Hause & The Mermaid.

OFTR Gig of the Year: Gaz Brookfield at The Lending Room

I’ve had Gaz Brookfield on at two One For The Road shows this year, and really didn’t expect the Leeds show in October to top the sold out Fulford Arms one in February. That first show was incredible, but the one in Leeds on 17th October was so good it’s hard to put into words. The venue was packed and everyone was singing along to every word at the top of their voices. This was not only the best OFTR gig of the year, but maybe the best OFTR show so far. Gaz is back at The Fulford in April, let’s see if we can top it again?

Other awesome things that happened in 2017

Nothing More got nominated for three Grammy Awards. That’s awesome. I saw them in Amsterdam at the beginning of December playing to around 600 people, and they absolutely smashed it. They’re a band on the up, and it’s exciting to be one of the people lucky enough to have been there when they’re playing club venues, because arenas are surely on the horizon.

One For The Road raised £1800 for the Motor Neurone Disease Association. Through the fundraising gigs in November and me throwing myself out of a plane in August, we managed to raise a lot of money for an excellent cause. I just need to figure out how to top it next year…

Jesse Lacey turning out to be a scumbag. Chris Clavin too. And others. It’s really great that people are now finding the courage and strength to speak out about people who have abused them. It sucks that it happened in the first place, of course, but the positive thing to take from this is that awareness has been raised tenfold. Hopefully we’ve made positive steps in the right direction towards getting rid of this toxic behaviour.

After a twenty year career the legend that is Chris T-T called time on performing music, as a solo artist at least. This really sucks. He’s played a few One For The Road events over the years, and they’ve all been great. He’s an engaging performer and all round lovely man, so I’m looking forward to seeing how his creativity is channelled moving forward.

Groezrock is taking a year out in 2018. I’ve planned the end of April/beginning of May around travelling to a tiny village in the middle of nowhere in Belgium for years now and next year I won’t get to do that. The line-up, the atmosphere, the beer, everything is always spot on. Hopefully everything will get sorted out next year in time for a return, bigger and better than ever, in 2019.

The King Blues are still touring. Fuck that band.