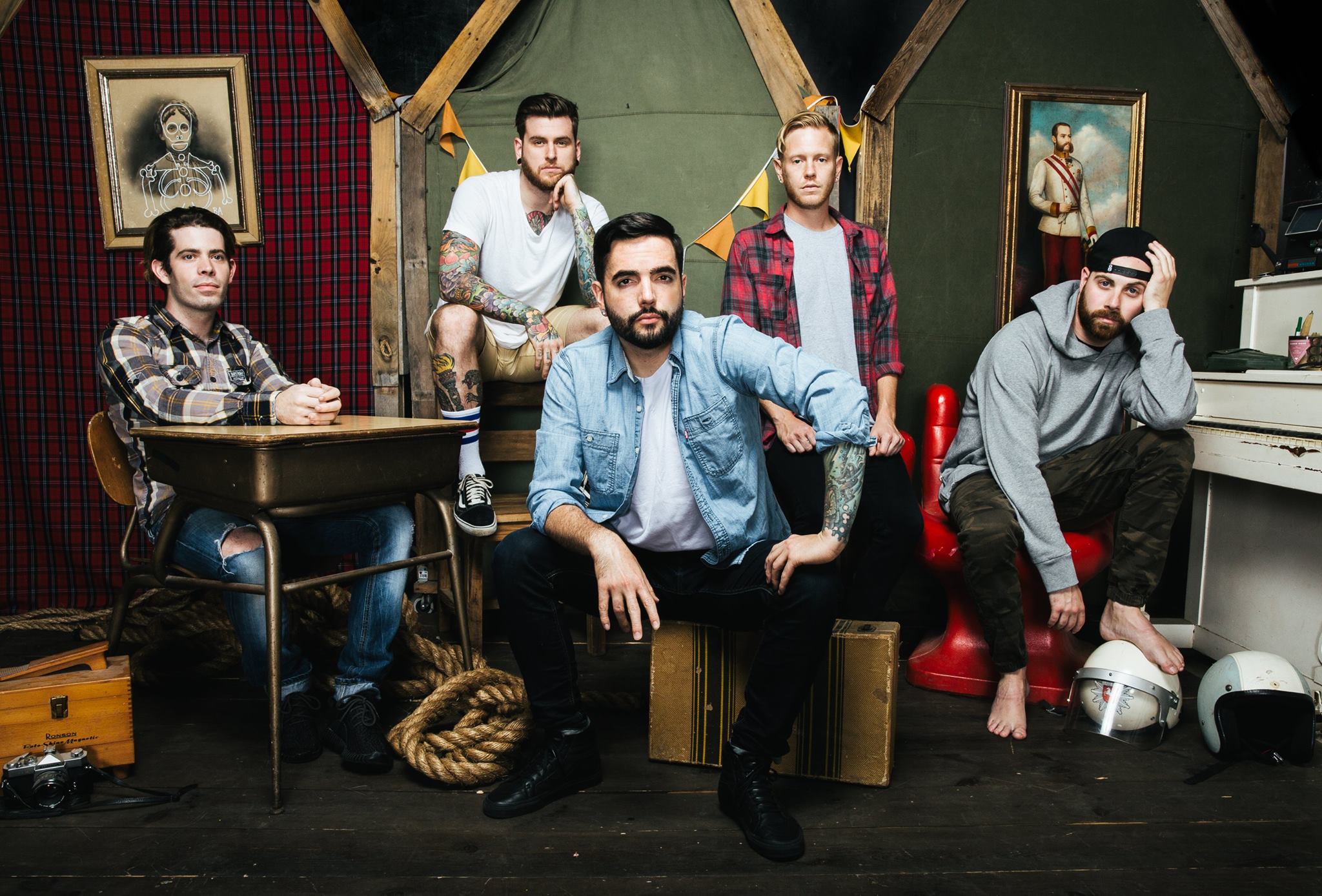 On Saturday 28th January Leeds Arena was host to what can be known as a super show. With a pop punk line up so star studded and A Day To Remember as the headline act, the crowd was ready for a lot of singing and partying.

First up were Canterbury 4 piece Moose Blood who have just come off a spectacular year releasing their latest album ‘Blush’ and playing main stage at Slam Dunk festival. Their set of 8 songs consisted of many well known singles such as Honey, Knuckles, Bukowski and Gum which caused a mass amount of crowd participation. If you hadn’t heard of Moose Blood before this show, you were more than likely leaving a fan.

Next up was that Wrexham pop punk band Neck Deep. Playing a set of songs mainly from their last record ‘Life’s Not Out To Get You’, they came on and owned the crowd. So much energy and comedy from the band and even vocalist Ben Barlow calling out a crowd member for fighting someone. Neck Deep showed why they are mainstays in the pop punk circuit.

Main support was no more than pop punk legends New Found Glory playing a set that was mainly hits such as ‘Failures not Flattering’, ‘Kiss Me’ and ‘My Friends Over You’. The crowd seemed to be less in touch as they were for the previous band whether being to tiredness or the age of some of the crowd. For the people that did know them, they had a fun time.

Then came the main event. The reason we were all there. A Day To Remember! Playing a set with a perfect mix of heavy songs such as latest album’s title track ‘Bad Vibrations’, ‘2nd Sucks’ and ‘Exposed’ and their pop punk classics like ‘Right Back At It Again’, ‘All I Want’ and ‘All Signs Point to Lauderdale’. Lead vocalist Jeremy Mckinnon gets a massive shout out for the way he went about handling a situation with an injured crowd member amongst putting on one of the best vocal performances I have seen him do. The crowd never let up and continued pitting and jumping and screaming lyrics from the top of their lungs through the whole 20 songs.

All in all it was a fantastic night of pop punk in Leeds and hopefully we get more star studded bills like this coming to the UK soon!