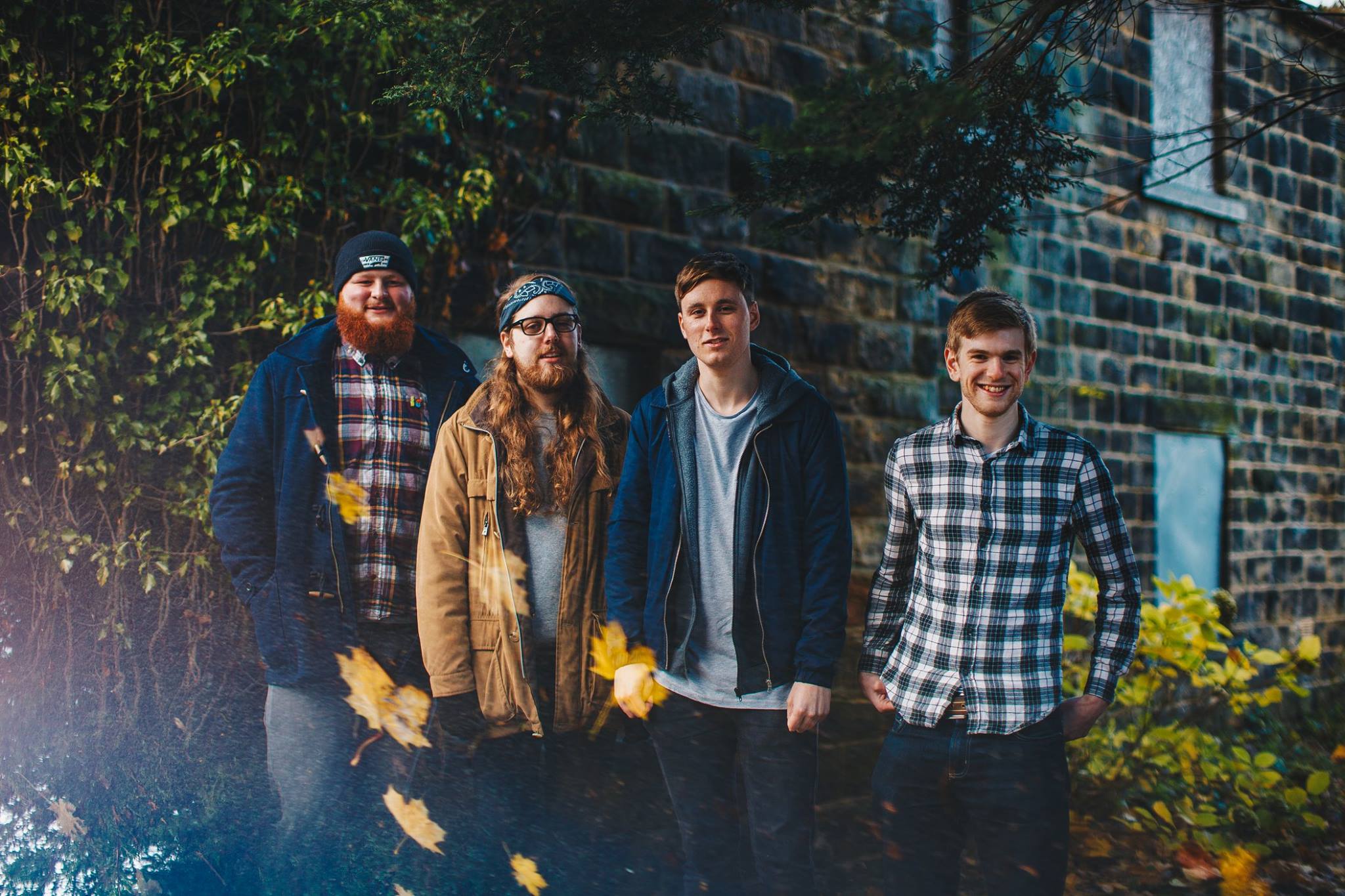 Last year we were introduced to a performance poet by the name of Mikey Brown, who performed under the name Stray Weather. We thought he was awesome, so when it was revealed recently that Stray Weather was now a fully fledged band, we had to sit down with Mikey and find out more…

Hey Mikey, how’re you?
SW: I’m good thanks! I’ve just started a graphic novel about Jeffrey Dahmer which is interesting to say the least.

You’ve been doing poetry under the name Stray Weather for a while now, but it’s recently become a full band thing. Tell us a little bit more about that…
SW: Stray Weather was originally my moniker for when I performed spoken word, but as time moved on and I started to write new material I decided that I wanted to incorporate music as it would open more doors in regards to live performances. With that being said I managed to rope in my best friends to perform with me as a backing band, but then I asked them to join me full time and make this whole project into a band and now we do everything together and play Rocket League and go on dates and such. I started solo because all my friends had left after Uni and I wanted to have some kind of musical outlet, so it doesn’t seem surprising to me at all that this is where we’ve ended up; I couldn’t be happier.

Would you call it performance poetry over music, or is it rapping? Or is it a bit of both?
SW: I’d say it’s a bit of both. I think the most unique point of what we do is swaying back and forth between spoken word and rap/hip hop; there’s definitely elements of both within our music. I try and utilise the different styles to fit the pace song or sometimes even the lyrical content. For example, if the lyrics are a bit of a rant, let’s say, then I’ll probably try and rap it to up the ante as it were.

Are your influences the same now that Stray Weather is a band as they were when you were performing solo?
SW: The way I’ve always looked at it is that my lyrics, solo or band, come from a real place with what I know, but contextually are inspired by the alternative rock, metal and punk that I listen to. However, it’s the alternative (again) rap and hip-hop that I listen to and analyse for rhythmic and structuring purposes, except that now I’m applying these rhythms and structuring to music now rather than letting them be all ‘loosey-goosey’.

You recently released an EP called Tragedy. Is it all new material written as a band or are they existing poems of yours that have been re-worked?
SW: I actually started writing the music in NOVEMBER 2013. Yeah, I know, productive right? Anyway, I wrote the EP using samples, which I realise now is exactly what The Avalanches do. What If was a poem that I then wrote the music to and Romansick and Right Isn’t Right were songs that I wrote from scratch. L is just a straight up poem and Weathered was a poem I wrote 3 to 4 years ago for an older band but the rest of the band created into this swelling intro for the live set, but then we decided it would be really cool to open up the EP with. So, in short, the first song was a collaboration between all of us whereas the rest were by myself, with a few little tweaks here and there from the band when it came to recording.

Being on the DIY scene in the UK you must see a lot of great bands and solo performers that we might not be aware of. Who should we be checking out?
SW: Oh man, I like these questions. My absolute favourite artist who I found met whilst touring is Steve And The Sea. He started off as a folk artist but has since evolved and been influenced by his love of math rock, so loops all of his parts and creates incredibly melodic layered songs with this stunning, slightly raspy but surprisingly huge range of his. A real talent, I love watching him perform. I performed with George Gadd at a house show in Nottingham years ago and he’s just released his debut EP around the same time as ourselves. Heart on your sleeve acoustic music, but if that’s not your thing his band Little Bribes are an emo bunch who might just be. I could go on forever but my other favourites, not necessarily from the road though, are Nova Hands. They were friends from Uni who had a name change and have really been pushing themselves recently. Two EPs are to their name of incredibly dense prog music. They’re all brilliantly talented individually but coming together they’re just insane. It’s great to finally have all these songs on my iPod that they were playing together in the final year of Uni in 2013. I had actually starting writing a list of all these different artists from different genres but realised it was too long of a list and that it would make up the majority of this interview! We often post about friends and stuff on our Facebook page with #strayweathersuggests so following that would probably be a good idea!

Your EP came out right at the start of the year – what can we expect from Stray Weather in 2017?
Well that would be telling, but then again we have planned out 2017 very specifically! So, I’ll try and be sort of mysterious and vague, saying maybe another EP, maybe not. Maybe some new music videos, maybe not. Maybe some covers?! Maybe not. Who knows! Well, we do, but I don’t want to spoil the surprises!

In the event of a zombie apocalypse, what would be your weapon of choice and why?
My non-realistic answer would be a TARDIS so I could get the hell out of there, but I think a sniper might be good? Get somewhere high and pick them off, but then again it depends if they’re the slow kind or the fast kind? There’s lots of kinds of zombies! And even then, I’d need something for close range, right? A shotgun would be grand as there’s no coming back from that (double tap, thank you Zombieland) but loading would be a pain. An axe in the head would stop anything but then again, what a mess. This is the hardest question in this interview erm… *thinks for quite a while…* AK47? Rapid fire would be fairly helpful.

Finally, is there anything else you’d like to add for anyone checking out this interview? Please listen to ‘Tragedy’! The biggest problem with this band is because we fit into such a niche it can be tricky for people to put us on a show or even listen to some of our songs, so all I can ask of people is to just give it a try and see what you think. We don’t mind if people like it or not, we just want people to give it a try. If you do like it though then that’s great, tell a friend! Also Eddie Redmayne should not be the next Doctor. Thanks!