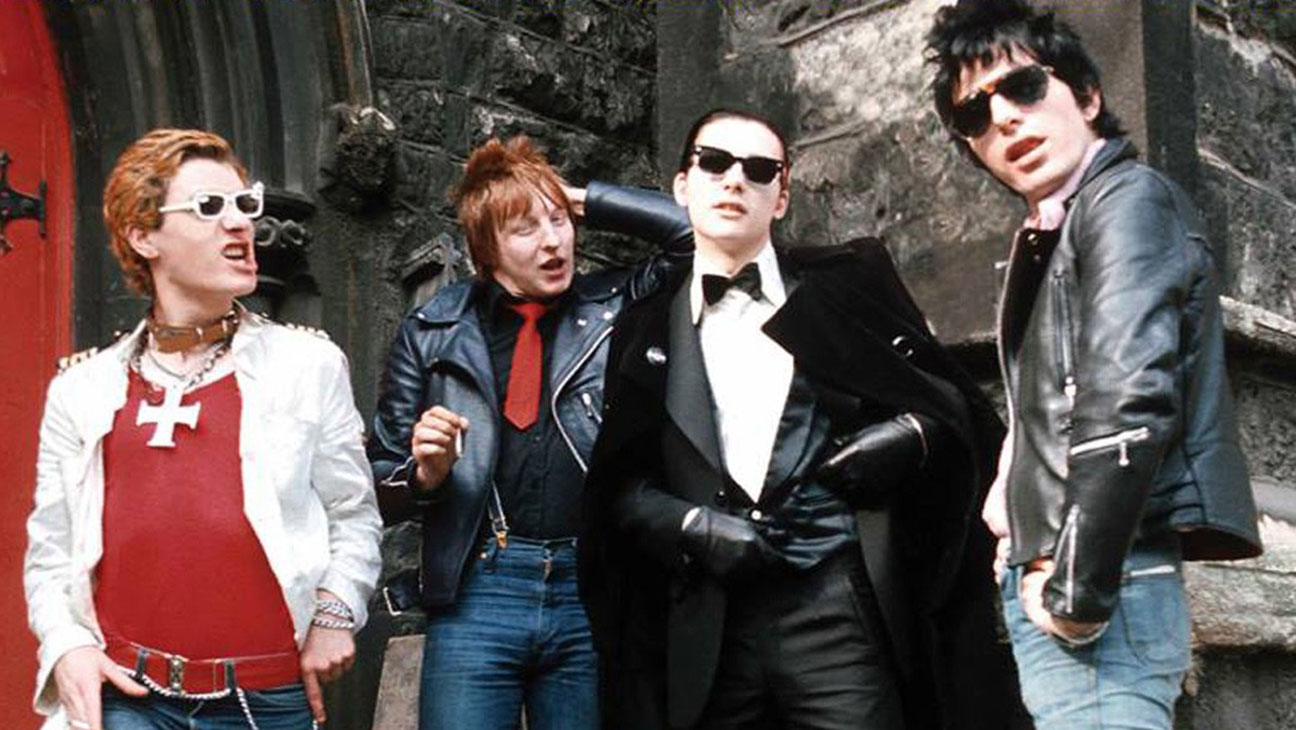 Subtitled ‘A History Of UK Independent Punk, 1976-1979’, this is quite possibly the best collection of the roots of the British Punk scene ever compiled.

All the big names are here, from the first UK Punk single, The Damned’s mighty ‘New Rose’, a song that sounds as fresh today as it ever did, through four disks absolutely jammed with a mixture of the famous (UK Subs, Stiff Little Fingers, Vice Squad and more) through a smattering of bands that may cause the raising of an eyebrow if you’re unfamiliar with their history (Adam & The Ants, The Fall and Tubeway Army) and onto a whole slew of bands only celebrated by real adherents to the early scene.

Something that I didn’t notice on first listenings were the absence of the big names of the 70s Punk world, no Clash, Pistols or Stranglers, but given that this is an anthology of the lesser lights and independent labels, this is for the best, giving many songs their first (and quite probably only) reissue since their debut appearance on limited circulation vinyl. For this I have nothing but the greatest respect for Cherry Red as it would have been so easy to have a cover blurb listing those names rather than The Lurkers, ATV, Nipple Erectors and Johnny Moped.

It would take more time than I have to select highlights especially given the broad range of material on here – how would you compare The Angelic Upstarts classic ‘The Murder Of Liddle Towers’ with something as off the wall as The Shapes’ ‘What’s For Tea Mum? Not B***ns Again!’ or Alberto Y Los Trios Paranoias vaguely satirical ‘Gobbin On Life’?. I’m not even going to try.

The album is released in book form, with a glossy 64 page book bound into the covers which includes a biography of every single band on the album. How the hell does anyone find details on a band like The Stoat, who’s ‘Office Girl’ can be seen as an early example of the ‘Power Pop/Mod Revival’ sound, but are otherwise less than a musical footnote.

If you’ve still got a few quid left over from the money your Auntie gave you at Christmas, you could do a lot worse than pick up this while it’s available.