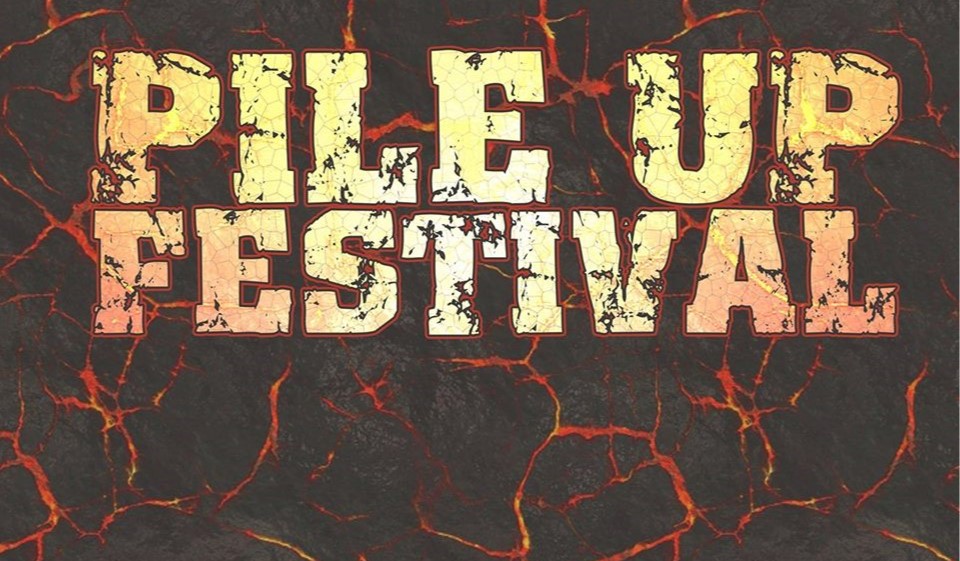 At the Pop Punk Pile Up Festival in Selby last month, we sat down with organiser Adam Ruane to discuss the festival, the controversy surrounding the event and what he can take from this moving forward.

Hey Adam! Let’s start with an introduction. Who are you and what do you do?

I’m Adam. I’ve been doing Riff, which is a journalism blog, for about ten years. We slowly expanded into live shows. It’s in the same vein of what you guys do, probably for the same amount of time too, so we’ve probably got the same experiences from along the way…

You’ve stepped it up a bit with the introduction of Pile Up Festival though. Are you happy with how this first event has gone?

It’s gone a hell of a lot better than we thought. Friday, we thought would be a bit flat. We ended up with double the amount of people in that I thought we would. Saturday was insane, I’m really happy with how it went. I thought this weekend was going to be a write off with all the backlash that we’ve had. We didn’t really know how to take it, we just took every day as it came. I’d say it’s been successful in our eyes, our main aim was never to turn a profit, we were never going to do that this year. It was all about showing the bands, the agents, venue owners what we can do and that we can do it well. We started with zero fanbase for the festival and it’s got this already. Going forward, we’ve definitely got a future with it.

Have there been any big surprises that you weren’t expecting from running your first event at this level?

Jesus Christ, the amount of rider requests that we’ve had to turn down because they’re just stupid is unreal. It’s same for the one in York. Some of the smaller bands have asked for Pop Vinyl figures and shit like that. Good look trying to get that. Also, Max Raptor dropping out was a huge shock to us, fortunately Steph [Knight, Domino PR] was on hand to get us through that one. It’s very similar to running the smaller shows, just bigger. Obviously we’ve got to be a bit more professional, I can’t have a drink until everything is sorted, it’s a job. It’s mental.

What would you say is the biggest lesson you’ve learned from doing this event?

Don’t ever do it again. Haha. No, it’s hard because we were given the finances to do it and then they were pulled away, which left us in a shit situation having to claw everything together. Forward planning and communication could have been a bit better. I think we need to make sure our contracts are a little bit tighter with the bands themselves as well, because on certain bands’ socials and stuff, there’s nothing about the festival. As a new festival, we need their fanbase to know about us because it’s the first time we’ve done it, they don’t know we’re here. Certain bands were messaging about turnout and they were shot down immediately. They didn’t even mention that they were here on the day. They can’t expect a festival like this to be heaving. It needs input from the bands which wasn’t really there this time. Also, Jay, my stage manager, is doing a hell of a lot of work, so I’d like to be able to take a bit off of his hands. There’s absolutely loads that we’ve learned, it’s been a massive learning curve, but I think next year with the team we’ve got in place now it will be a hell of a lot smoother.

There’s obviously been a fair amount of controversy surrounding one of the bookings. As a promoter, what do you think it is the best way to deal with that?

It’s so so difficult to figure out how to keep everyone happy and to keep a business mind. Our finances were fucked anyway, and if we’d have taken The King Blues off it would have doubled our expenses because we’d have had to pay them anyway and then find a new headliner, so it wasn’t good business sense to take them off. Then there were people who wanted to see The King Blues, there were people that didn’t, so you can’t keep everyone happy. The people that didn’t want to see them are from America, so wouldn’t come and see them anyway, and the people that did are from Leeds, York, Doncaster, Hull, and they would be coming. It made perfect sense to keep them on. The whole scandal, I haven’t really read into it. I saw The King Blues last year in Leeds, they sold out The Key Club, I’ve seen them at Download twice and the crowds were massive. That’s the only perspective I’ve gone on for the booking. They’ve pulled a crowd, and to be offered a band like that in our first year is mental. They are a festival band, it was a no brainer for us to take them. We expected a backlash, but we didn’t expect it to be as big as what it has been. It’s so hard to be morally right and do what’s right for the business. It’s so hard to figure out what we should have done. I don’t know if we did it right or wrong, it’s impossible to call what you should do. The band have been in touch and spoken to us about it, they’ve been supportive of what we’ve done. The booking agent has been supportive. We’ve had some dropouts from bands that we really wanted to see this weekend. They just weren’t interested in playing, not even on the same day, but on the same festival, which is stupid. A few bands tried calling us out. Don’t call us out, we’ve done nothing wrong, all we’ve done is book a band. Call The King Blues out, see if they’ll respond. We were expecting a statement from them ahead of the festival to try and ease the pressure, but that never happened. We’ve been left in a shit situation to try and recoup what we’ve lost, but it’s so hard to try and figure out what we should have done and how we should have done it. Only time will tell if we’ve done it right or wrong. I’m sure people will tell me.

Moving on, your next event is in York, which will hopefully be controversy free…

No controversy yet, but we’ve still got three bands to announce so I’m going to do some extensive research before we announce them haha! It’s going to be mental. The headliners alone are worth the ticket price. The only reason this festival has happened in York is because the bands were wanting to play this one in Selby, so we’ve had to add a second event to make it work. It was all offered to us and it was too good to turn down, the bands are massive. The three bands we’ve still got to announce for Sunday are ridiculous. One of them is playing at Download. I’d have thought they’d sell out the venue themselves and they’re only main support. The other two bands are from France, so work that out if you can. We’ll be announcing them soon. I think that one will be a hell of a lot more successful than here. It’s better in York anyway, the metal and punk scene there is bigger. York will be the big learning curve moving forward to try and correct the mistakes we’ve made here.

Finally, what’s the plan moving forward after the York event?

We’ve got ideas floating around. We want to do a main festival, and there are other promoters around the country that want to get involved and help us do more events. So I think the plan will be to do one big festival and then three or four smaller ones dotted around to build the brand.