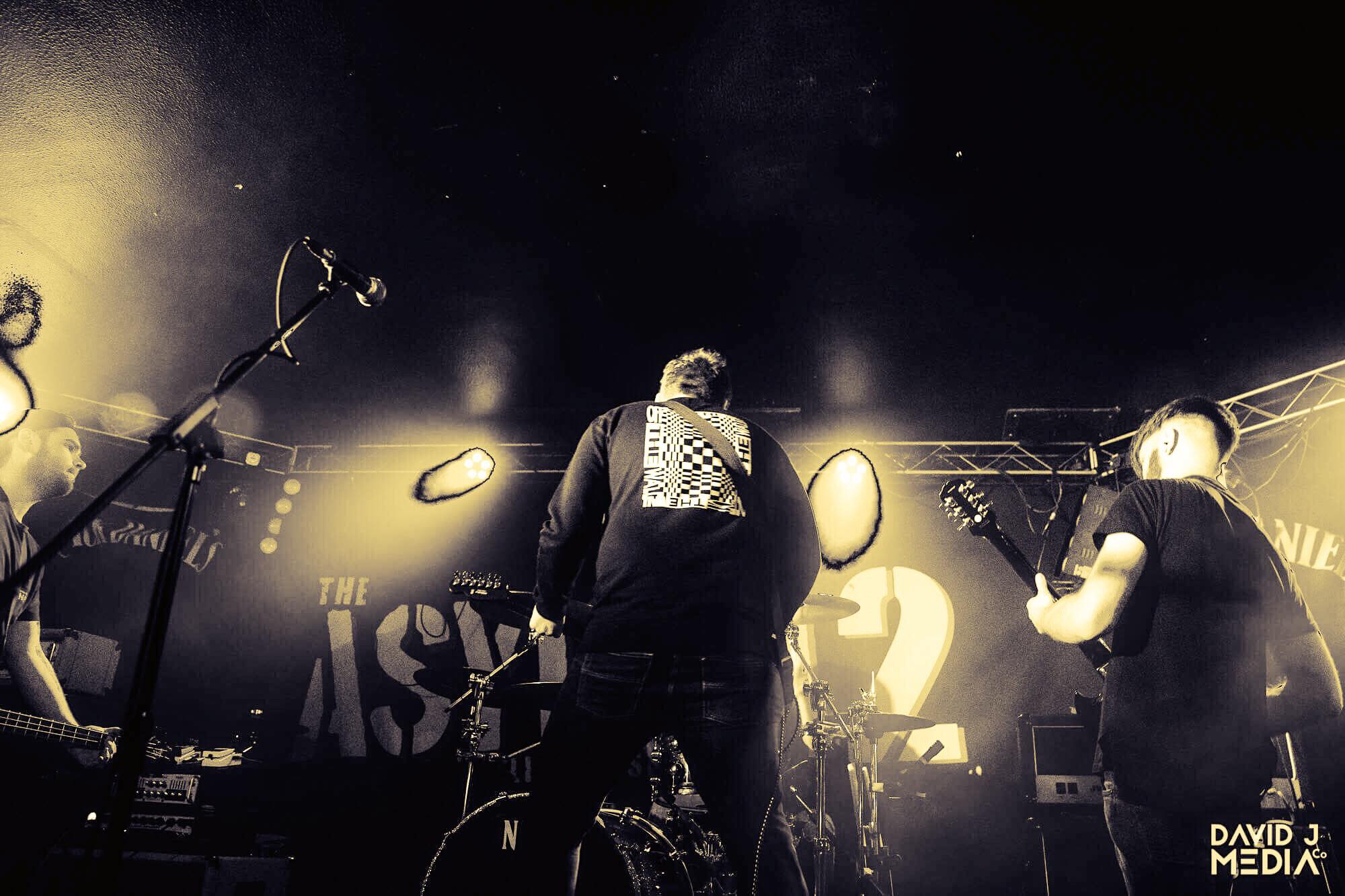 Hello, The Young & Restless! Could you start by introducing yourselves…

AM: We are The Young & Restless. My name is Ali, I do vocals and play guitar!

RH: I’m Rob, always known as Hardy. I do vocals and play guitar!

Great. So for anyone unfamiliar with The Young & Restless, what’s it all about?

AM: We’re a pop punk band from Northampton. We’ve been around for about five years now. We play songs with feelings. All of the sadness that you can imagine wrapped up into about half an hour.

Today is your last show with your current vocalist. Can we expect any changes in sound, moving forward?

RH: It is. Our vocalist Sam, it’s his last gig today. As it is, me and Ali are taking over the lead vocals. I think we’ve gone a bit more raw.

AM: Yeah. We’re definitely still within the confines of pop punk, but it’s definitely evolved from the start of the band.

So what else can we expect to see from you guys this year?

AM: We’ve just finished recording our new single and yesterday we finished the music video for it. We’ll be getting Domino PR behind it to promote the release and we’ll be going on a weekender tour at the end of May.

RH: You can expect to see a lot more shows!

Cool. So we’re here at Pop Punk Pile Up Festival, there are loads of awesome bands in the UK at the minute, not just playing this weekend. Who should we be checking out?

RH: Definitely check out Better Than Never. Heartsink that have just played, they’re based in York.

WN: One State Drive, who were on early.

AM: In terms of bands that aren’t playing this weekend, we did a little tour with Who Saves The Hero, they were phenomenal. They’re a great bunch of lads, and if you’re looking for great underground music, go and check them out.

While we’re on the topic of this weekend, obviously there’s been a bit of controversy about one of the bookings. Without going into any details about that specifically, we just wanted to get your thoughts on the importance of creating an environment at shows and the scene in general where everyone can feel welcome and safe, and what can be done to promote that?

AM: We’re all for that. We want everyone to have a good time and promote the scene, and in the process promote a safe environment.

RH: It’s great as well that when you’re in a band you’re given a platform to talk about these topics and talk to anyone who wants to come forward with their views, and not have anyone keeping quiet.

Of course. Changing the tone completely now, Holly wood calls and they’re making ‘The Young & Restless: The Movie’ and you’re in charge of casting. Who stars as the band?

WN: For me, Pamela Anderson because she’s got a great pair of tits, and so have I.

RH: Chris Evans as Adam. The ginger one, not the good looking one.

AM: Yeah, just check us out in the future, really. We might have Sam leaving us now, but that’s not stopping us.