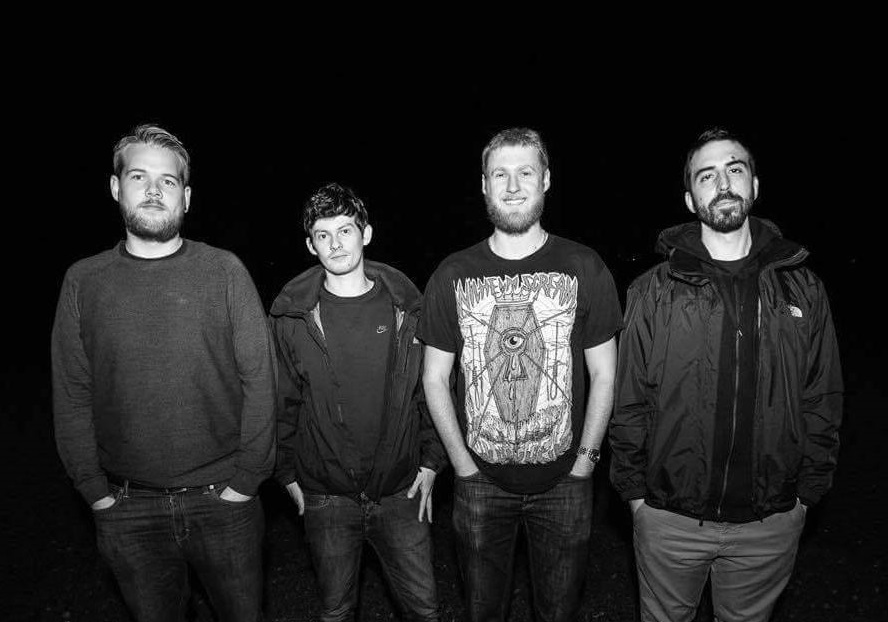 Ahead of the release of their new album, Leopards, we caught up with Danny from Fair Do’s to discuss the album, their influences and as usual, who would star in a Hollywood movie about their band…

Hello! Let’s start with an introduction. Who are you and what is your role in Fair Do’s?

I’m Danny, I play guitar and do most of the singing!

For anyone still unfamiliar with the band, could you tell us a little bit about your sound and influences?

Our sound is fairly metal influenced melodic hardcore, fast and heavy. Early influences for us we’re bands like Strung Out, Death By Stereo, Propagandhi and Belvedere, as well as a good helping of bands like The Black Dahlia Murder, Within The Ruins and obviously Slayer.

You’ve got a new record coming out at the end of this month called Leopards. Obviously the standard response when selling a new record is that it’s the best thing you’ve ever written and recorded, so we’re going to dig a little deeper. What is it about Leopards that makes it Fair Do’s’ best work to date?

We definitely had a different approach right from the start, and everybody got stuck in for the writing process. Dave has an arsenal of riffs and full songs of guitars, John and Josh have been getting involved writing lyrics and vocals – it was a proper team effort! We had everything nailed down in pre-production before going into Reel Recording Studios with big Davey Boothroyd, this guys just knows what we’re going for, and exactly how to deliver it. We couldn’t be happier with the results and I can’t wait for everybody to wrap their ears around it!

We haven’t had a chance to give Leopards a proper listen ourselves yet, but we gather that there are some fairly political themes within the lyrics. Could you tell us a little bit more about where the inspiration for the lyrics came from?

There’s definitely a good range of topics, from the Ninja Turtles to the Monarchy to Brexit. The title of the album is inspired by a quote from the late, great Jim Lahey – “Ricky is a shit leopard that can’t change it’s shit spots”. Don’t be surprised when an unfavourable individual, behaves unfavourably! That’s not to excuse anybody in any way, but it helps to keep your own head on straight.

Once the album is out, what else can we expect to see from Fair Do’s in the second half of this year?

We’re on tour right now heading to Belgium and then Germany. Catch us at KNRD fest on July 22nd and a handful of German and Belgian dates around that. We’re booking all our free weekends from September up to the end of the year in the U.K. and working on going to Japan hopefully in early 2019. Our album release gig will be on July 30th in Manchester with Mute, from Canada. Check our Facebook and Lockjawrecords.co.uk for all our gigs, tours and info!

The DIY scene in the UK at the minute is rich with talent who you’re fortunate enough to share the stage with on a regular basis. A lot of great bands out there are still very much under the radar – who should we be checking out?

My favourite bands in the UK right now are PMX, Grand Collapse, Petrol Girls, Darko, Svalbard and The Afternoon Gentleman.

There have been a lot of stories and allegations over the past year about the inappropriate behaviour of many people in bands abusing their position of power/influence. Do you feel that there’s an extra responsibility on bands now to ensure that not only gigs, but the music scene in general is a place where people can feel safe, and stamp out any untoward behaviour?

Absolutely 100%, we have no tolerance for it, just fucking look after each other!

And now to change the tone completely – Hollywood calls, they’re making FairDo’s: the Movie and you’re in charge of casting. Who stars as the band?

Big shout to Rob, Lesley, Sarah and the team at Lockjaw for looking after us, go check out the fancy new website and get yourself a Leopards preorder! lockjawrecords.co.uk