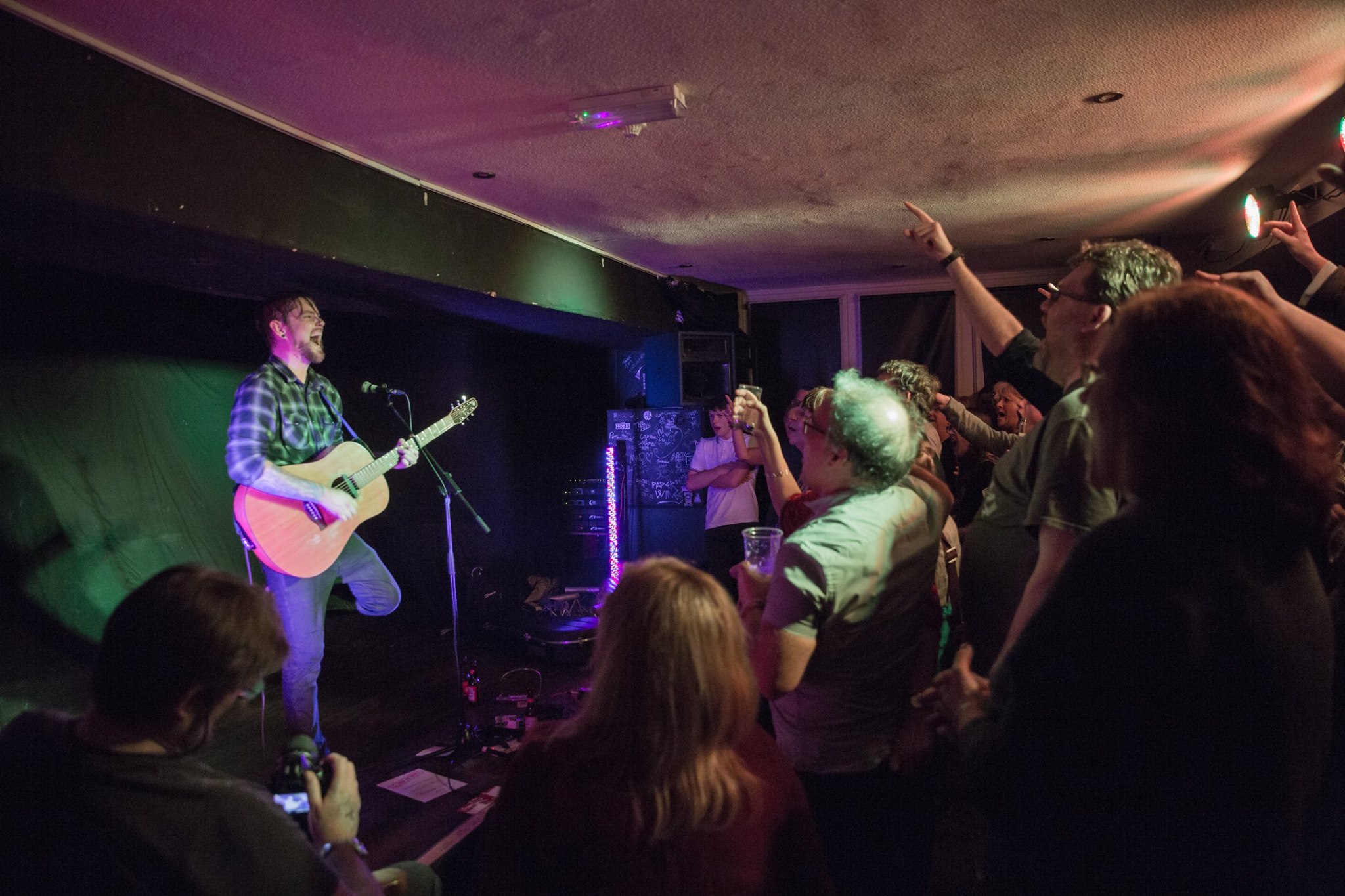 After an awesome sold out show in York, which we followed up with trips to Manchester and Nottingham for the next two shows, we caught up with Gaz Brookfield to see how the tour was going, where he finds inspiration for his music and who would play him in a Hollywood movie about his life…

You’re in the middle of a pretty big UK tour at the minute, most of which is sold out. How’s it been so far?

It’s been very surprising.  Wasn’t expecting to be selling out the venues.

If you had to pick one highlight, whether it’s a specific show or something that has happened that sticks in your mind, what would it be?

There’s a bit in one of the songs from my new album with a big “la la la” sing a long bit.  The first time the crowd sang that back to me was pretty special. I believe it happened first in Devizes, but York sang louder.

You released a new album just before Christmas. It’s a bigger more polished sound than your previous releases. Why did you decide to head into a proper studio with a band this time?

Because it had to be a step forward from the last one.  I’d exhausted what little skills I have with self recording, and so I knew I needed to bring in a “proper” producer, and “proper” studio.

Nothing seems to be off limits with your song writing, from your van, to illness, to politics, even a song about your kitchen. Do you sit down specifically with a plan of something to write a song about, or are you just constantly taking inspiration from things around you?

Neither really.  I can’t plan to write a song.  Nor do I feel constantly inspired.  I can go for months without writing a song.  Every time I release a new album I wonder to myself if it will be the last.  Not sure where the songs come from to be honest.

You’re on tour a lot playing to massively varying crowd sizes. It could be 3000 one night supporting someone like Levellers, then 50 the following night in some small town in the middle of nowhere on your own. Does your approach to playing live differ based on the size of the crowd?

One of the perks of being on tour a lot must be playing alongside loads of incredible undiscovered talent. Who should be we checking out that we might not know about yet?

Just from this tour alone I would recommend that people check out, Nick Parker, Jake Martin, B-Sydes, Jess Silk, Joe McCorriston, I mean I could go on for ever with this list.

A Hollywood studio decides to commission Gaz Brookfield The Movie, a biopic about your life. Who would play you?

In the event of a zombie apocalypse, what would be your weapon of choice and why?

Everlasting shot-gun.  Obviously because it would never run out.

Finally, is there anything you’d like to add for anyone reading this?

Hello!  I hope you’re having a lovely day!