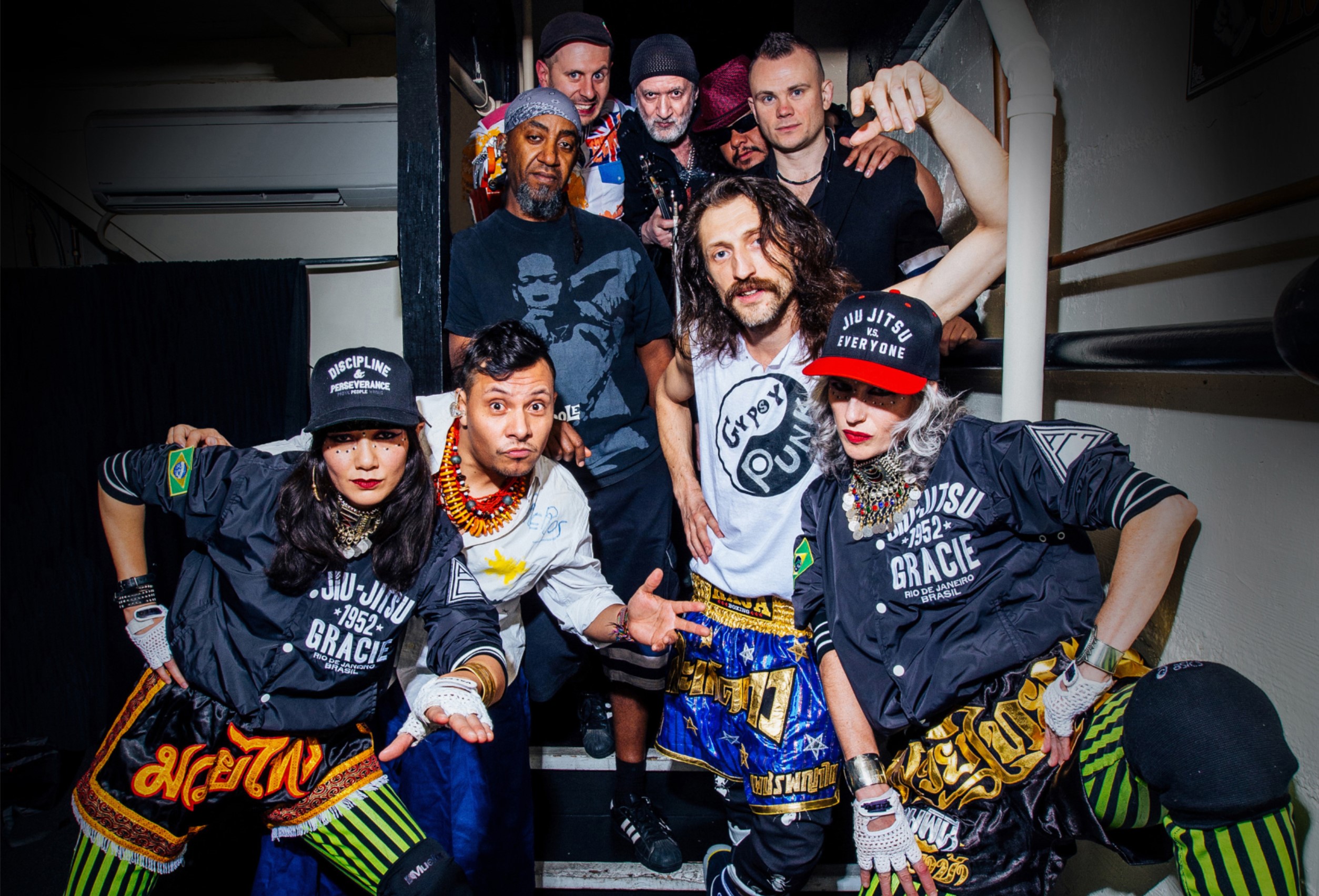 Gypsy punks Gogol Bordello will be bringing their UK tour through Yorkshire next week with a show at Leeds Beckett Students Union on Wednesday 5th July, and will have The Living End and Dave Hause & The Mermaid along for the ride. Line-ups this strong are a rare thing, so this promises to be one of the highlights of the summer in Leeds.

In addition to this tour, which also sees the band play in Cardiff, Bristol and Brighton, Gogol Bordello have just revealed that their seventh studio album will also be out this year.

“Seekers and Finders is just a very magical and playful record for us,” says frontman Eugene Hütz. . “It just feels quite complete in capturing the Gogol familia transcontinental lifestyle, every side of it… the Good, The Bad, and the Snugly.” Written over an extended time on three different continents, Seekers and Finders finds the nine-piece multi-cultural band in top form – an aural party of violins, accordions, trumpet, marimba amongst the standard rock basics of guitars, drum and bass.  “I was still bouncing between Latin America and Eastern Europe when songs were emerging, but finally, as soon as I moved back to New York, it all came into focus… as it always did for me here,” he explains.

Having worked with numerous grandmasters of production including Rick Rubin, Steve Albini, Andrew Scheps, and Victor Van Vugt, Seekers and Finders brings the band full circle with Eugene taking over the producer’s chair.  “As the new songs were emerging, I had a feeling that Seekers and Finders was going to be such an intimate record that, for this time, I felt the need to get behind the wheel myself and try marry the two: everything we learned from grandmasters with the Original Gogol Intention.”

Seekers and Finders will be released on August 25, 2017 via Cooking Vinyl.

Grab your tickets for the Leeds show from Jumbo Records here.