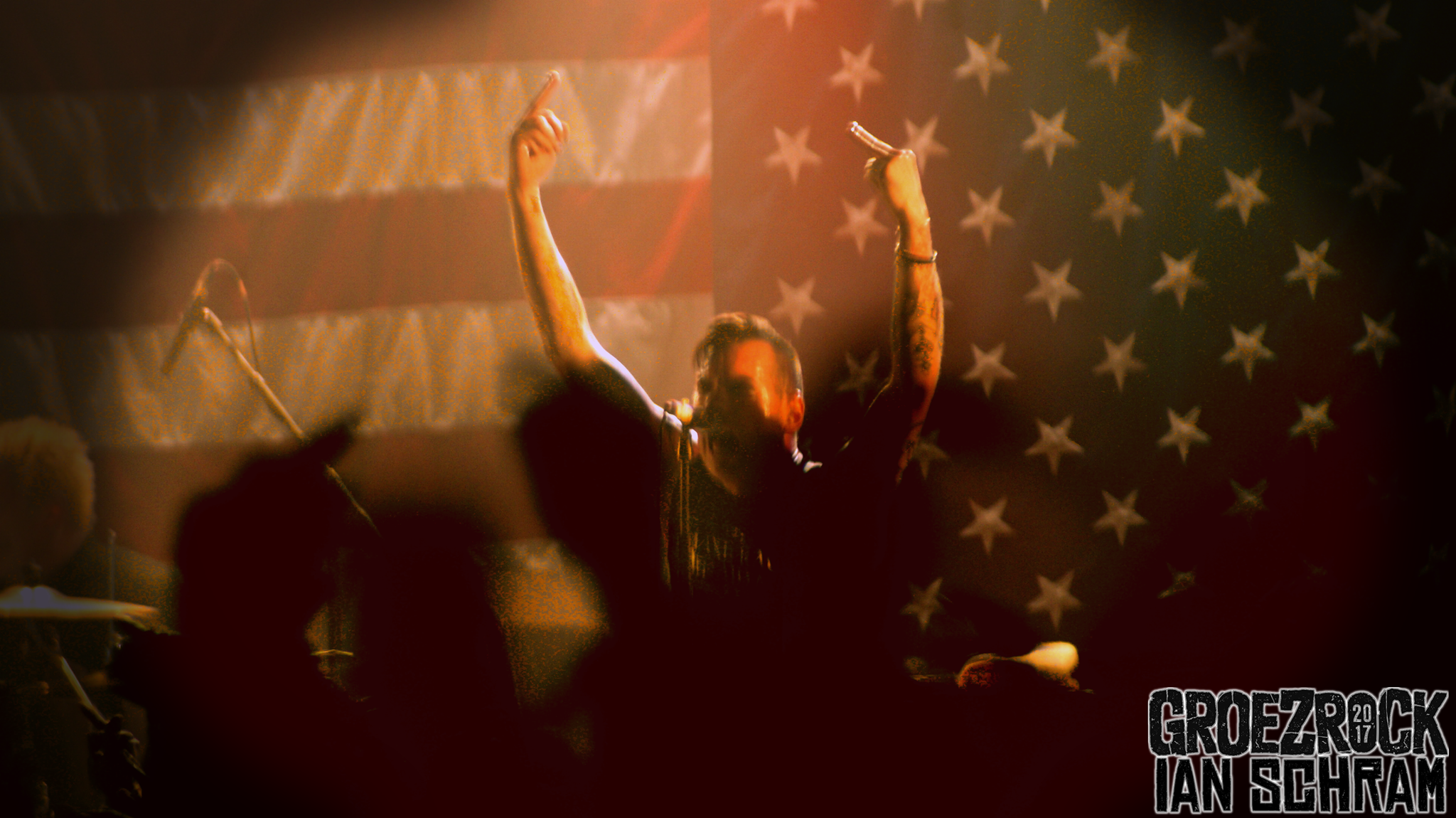 After some Friday night campsite fun at the Acoustic Punk Meeting, which was this year organised by our buds Acoustix & Stones, Saturday at Groezrock Festival 2017 began with Red City Radio. RCR are exactly what you want from a band at this festival. They’re a big melodic punk band and they kicked things off in style, drawing a massive crowd of still relatively fresh people to the Monster Energy Stage. Catchy hooks, huge choruses and gruff vocals, this band have it all. Great start to the day.

Next up, over on the Watch Out Stage were Toy Guitar, a band I’d not heard before. Their high energy set of classic sounding punk rock and great stage presence was a lot of fun to watch, and a great alternative to the Belgian hardcore outfit Moments who were blasting out their brutally heavy set over on the Back to Basics Stage. Toy Guitar’s sense of humour stood at during their set, when they offered to be quick so that everyone could go and see The Flatliners.

As great as they were, it’s a good job Toy Guitar finished when they did, as The Flatliners were next up on the Monster Energy Stage, playing one of the sets of the weekend. High energy, big catchy songs, this band are a great addition to any festival line-up. The highlight was Monumental, which was described as a slow song to mosh to.

Petrol Girls were up next over on the Watch Out Stage. A pretty big crowd had started to gather as the band were setting up, with a large portion of the crowd seemingly unfamiliar with Petrol Girls. It didn’t take long to get acquainted with them though as their set exploded into life with a wall of noise and a stage presence to match. The highlight of their set was the song ‘Touch Me Again’, even if the audio recordings of people detailing the experiences of sexual assault at festivals made for some very uncomfortable listening to begin with.

After seeing the majority of Petrol Girls set we headed back over to the Monster Energy Stage for The Menzingers who, judging by the size of the crowd, could have played much later in the day. ‘I Don’t Wanna Be An Asshole Anymore’ was a highlight for me personally, but the energy in the crowd and the mass singalongs suggest that everyone in the tent was having a great time from start to finish, with a band on top of their game right now.

Following The Menzingers for me was some interview time with the last two bands I’d seen, so unfortunately I missed one of the sets I was looking forward to the most, Tim Vantol, who was playing with his backing band.  From what I saw walking past en-route to speak with Petrol Girls, and on the way back past to speak to The Menzingers, Tim was on top form. I didn’t feel much better about missing the set when my wife kindly told me after the festival had finished that his set was the best one of the whole weekend.

When press duties had finished though, I did mange to see most of Bouncing Souls who unfortunately, despite having a huge back catalogue of great anthemic punk songs, fell a bit flat. Their stage presence lacked the energy of many of the bands that had played beforehand, although their closing song Manthem, in which they invited The Menzingers back out onto the stage to join them for their finale at BROzrock, was a great moment.

Having sat down with a Stick To Your Guns earlier in the day for a chat, I was really keen to see their set, however when returning from our Flexotel just 5 minutes after they started, the crowd was already spilling out of the Back To Basics Stage. There was simply no way in for us to check them out. It’s a good job then that AJJ were playing over on the Watch Out Stage. Charming, charismatic, endearing, these are just a few ways to describe this band, but most importantly, they accompany their charm with great indie-punk songs. I’ve not seen them play before, and that’s a real shame. Based on the twenty minutes or so of their set that I managed to catch, they’ve firmly cemented their place on my list of “Must See Bands”.

My headliner of choice for Groezrock 2017 was Anti Flag. I’m of the belief that Anti Flag should be headlining every festival ever, just so I can go and see them all of the time. They’re one of the best live punk rock bands on the planet right now, and their set on the Back To Basics Stage at Groezrock 2017 didn’t fail to disappoint. Their setlist was a career spanning best of, kicking off with Fabled World from their latest album before heading right back to where it all started with Die For Your Government and Drink Drank Punk. Anti Flag seem the most comfortable when they’re playing songs from ‘For Blood and Empire’, so it’s no surprise that songs from that album appear more than any other in this set.

After a couple of classic punk rock covers by The Ramones and The Clash, the band left the stage behind to play the anthemic Brandenberg Gate in the crowd. This was a fitting way to bring their set towards it’s conclusion, as the lack of barrier on the stage had blurred the lines between band and audience all night, with a constant flow of stage divers from start to finish. After the mass singalong to set closer ‘Power To The Peaceful’, the crowd departed, surprisingly, back towards the campsite.

We weren’t heading back to the camp just yet though, because this year’s main stage headliners Deftones hadn’t quite finished. Deftones were always a divisive choice of headline act, but I didn’t expect to see so much room in the tent when I arrived. The Monster Energy Stage is massive, and I can’t think of a time in the past six years of Groezrock Festival where it hasn’t been packed for the headliner. With around twenty minutes to go, the stage was perhaps two thirds full, so it was easy to walk straight in and get a good spot. Looking back, I wish I’d have just finished the day with Anti Flag, because Deftones were playing one of the most dull sets I’ve ever witnessed. It’s not the first time I’ve seen them, and I’ve enjoyed them in the past, but they just simply weren’t on form at Groezrock, which was a real shame.

All in all, Groezrock 2017 Day One was great. Packed with awesome bands from start to (almost) finish, it really set the bar high for Day Two to get anywhere near. Anti Flag were the obvious highlight, but a special mention has to go to The Flatliners and Petrol Girls too.