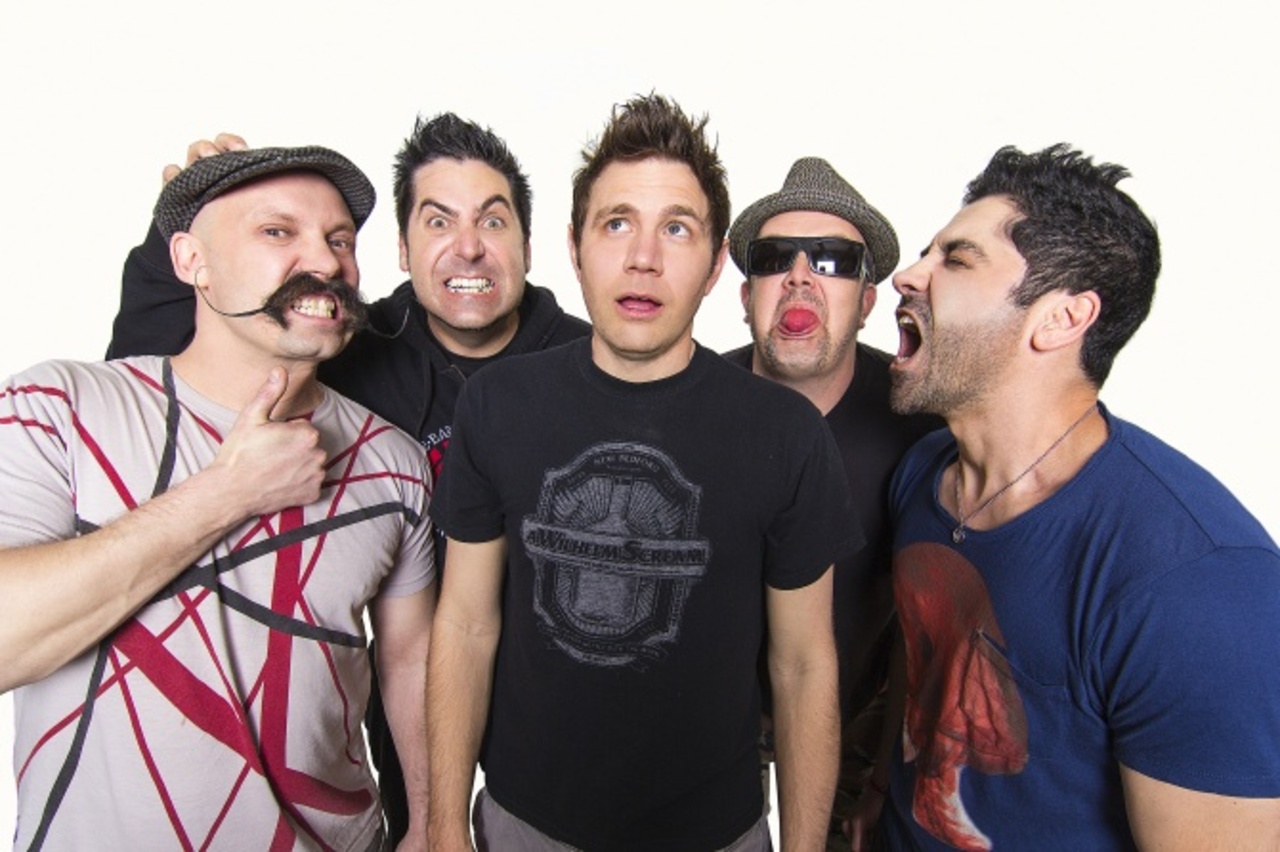 We sat down with Matty & Ali from Zebrahead after their incredible set on the main stage at Groezrock Festival to ask them a few questions about playing at festivals, new material and the place of politics in music…

Hey guys, how’re you both doing?

M: We partied hard last night, and the show was at 3 today, so we pretty much just stayed up

A: And we have a really shitty bus right now. It doesn’t stay hot or cold, it just goes back and forth really fast so it’s really hard to sleep on it, but we’re doing ok. How’re you doing?

Great! Was a little hungover this morning, but it’s day two of Groezrock, so that’s standard! How’s Groezrock been for you so far?

M: It’s been fantastic. I had a hamburger, which was great. The show was fun.

A: So far so good, man! We’re excited to go and watch some of the other bands

Do you get much chance to get out there at festivals like this one and take in the atmosphere and see many bands?

A: Sometimes. If there’s not a lot of press or stuff like that. What’s really cool is you tend to run into your friends you might not see a lot at festivals so you get to catch up with people you haven’t seen in a while

M: It’s kind of like a family reunion. No, not family, more like a high school reunion

Is there anyone in particular that you’re looking forward to checking out today?

A: I’m excited to see Pennywise. Also, Gorilla Biscuits are playing today too

You guys are back in the UK soon for your annual slot as the Slam Dunk Festival house band. Are you looking forward to it?

M: Yeah, Slam Dunk is awesome. It’s an awesome festival with awesome bands, we always have a great time!

A: Is this our fourth time? We’ve always loved that festival.

You’ve played in Leeds a lot over the years, and you’re finally getting a go on the big boy stage in the arena this time…

Anyone in particular you’re looking forward to seeing at Slam Dunk? That stage that you’re playing on is just insane…

A: I’m excited to catch up with some of our friends

After Slam Dunk, when can we expect to see you back in the UK? Aside from festivals, it seems like it’s been a while. 2015 with Patent Pending was the last full tour…

M: I would say by the end of the year.

A: We’re currently in the studio writing and recording, so when we go home we’re going to be finishing off our album, then we’ll support that album and start touring again.

What can we expect from the new album?

A: There’s going to be a lot of people slapping eachother. We have a song where everyone just slaps eachother.

M: Can you imagine if that was actually the case? I would slap Ed so hard!

A: I kinda want to push for this and have it as the single. Just you slapping Ed until he passes out.

You spend a lot of time on the road, especially over the summer on the festival circuit, you must get to discover a lot of unknown bands that we aren’t aware of. Who should we be checking out?

A: Are they playing at Slam Dunk?

A: I was once at a strip club in LA on a Monday night and I went to use the restroom. It was empty, no one was in there. It was at a place called Crazy Girls in Hollywood. I was washing my hands and about to walk out and I heard somebody in the stall, the door pops open and David Lee Roth jumps out and just goes “Haaaaaaa!”, totally stoked to be there, by himself, at Crazy Girls. He just had a great bowel movement. Every time I hear Van Halen this is all I see in my head.

That’s incredible! It might be the best thing that has ever happened! This seems like a bad time to change the tone and get serious for a question now… Global politics are at the very least, strained at the minute. I’ve been thinking about your song ‘I’m Just Here For The Free Beer’ – how important do you think it is to find the balance between having the bands out there that are speaking out about political issues and using their platform for that, and also having bands such as yourself who don’t really speak out, and I guess create a space to escape from the pressures of the world?

A: I think it’s different. Speaking as a music fan myself, if I feel like listening to something that’s inspiring to me to take action and do something, there are bands out there for me to listen to, and if I just want to have a good time and not worry about it, I listen to other bands. I guess it just depends what mood you’re in and what you’re looking for in the music you listen to. Growing up, music has helped me get through tough times and I think that anybody that listens to music uses it that way at some point in their lives. There are bands that are more political and there are bands that are less political. We tend to be less political, but it’s important to stand up for things when you believe in them and it depends on when you want to do that at the time, whether you want to be inspired by music and what you listen to.

Now for something a bit more silly. Hollywood calls and they’re making ‘Zebrahead: The Movie’ and you’re in charge of casting. Who is in the band?

M: Michael Rappaport! He was in the movie called Zebrahead!

M: Oprah! No, who is the most handsome guy in the world? Jim Carrey! Ali, who would play you?

A: Michael Rappaport! I would love Meatloaf to play Ed.

M: Steve Carell could play Ben, and the dude from Myth Busters could play Dan.

Awesome! Finally then, is there anything else you’d like to add?

A: We’re stoked to be coming back to England to play Slam Dunk, and our new album is due out in the fall so check that out! Thanks for supporting us!