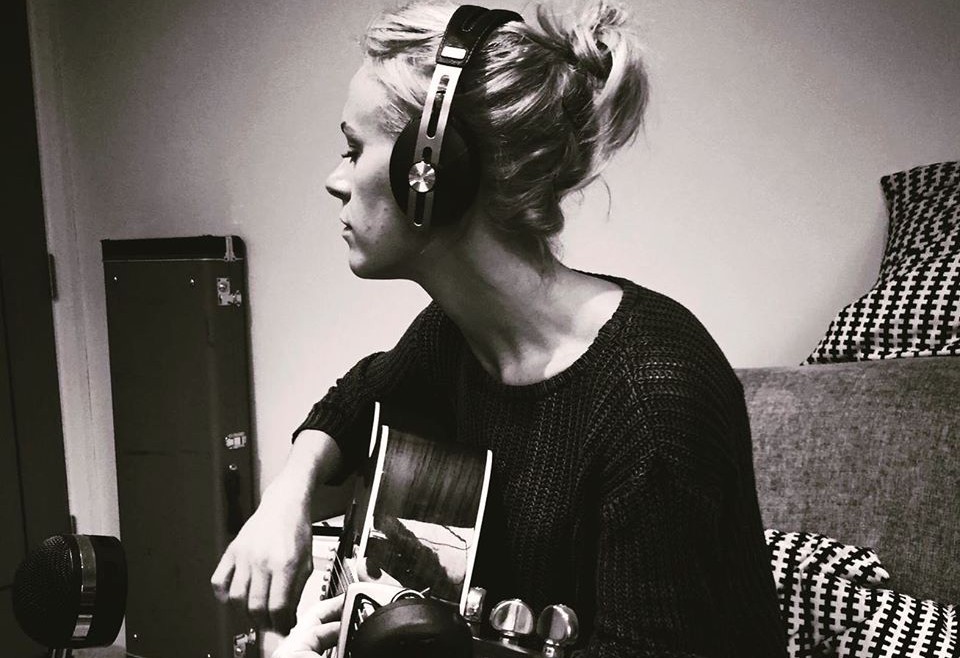 Ahead of the massive UK tour with Frank Turner, we caught up with Jessica Guise for a chat.

Hello Jessica, thank you for taking the time to speak to us. How is the preparation for the huge UK tour with Frank Turner going?

Apart from preparing the cat for the absence of both of her parents, it’s mainly overcoming nerves. I played a few shows with Frank last year, before which I was absolutely terrified. Obviously lots of people were aware of how I got the gig (marrying into the firm..), so I was a bit nervous that people might think of it as nepotism. I mean, it is nepotism! But I decided to just accept that and make a joke of it, and his crowd are so incredibly warm, I was blown away by how welcoming and open they were. Frank and his fan base have built the most wonderful community of kind people, it’s sort of their USP. I’m a professional performer, and I have been for a decade, but songwriting and singing, especially in the context of your husband’s show, is absolutely the most exposing thing I’ve ever done, so I’m very grateful for that community spirit!

A lot of the audiences might recognise your name but not be familiar with your music. Could you tell us a little bit about what to expect?

Well, I’m afraid it’s not very punk! I play folk-leaning songs and have spent most of my life trying to sound like Stevie Nicks or Dar Williams. But I guess one of the things I have in common with Frank’s stuff is an emphasis on words, storytelling and communication. And there are a lot of songs about being crap at love, which is another commonality; we’ve both been pretty shambolic in that area before.

On this tour you’re heading to a few places that aren’t often included in people’s touring schedules. As a support act do you notice any difference in the crowd reaction in places that don’t get as many shows?

I think people tend to be really glad that you’ve come, I guess? As a country girl myself I always found the London-centric view of the arts quite annoying so it’s nice to be avoiding some of the more obvious spots and doing something different. For us it’s also really fun to explore some areas and towns we might not know as well.

The tour is also coming to our lovely hometown York. Have you ever been before?

I have been many times! It’s gorgeous and I am very much looking forward to coming back. My family are northern, although from the other side of the Pennines (I know), but lots of them live in Leeds now and I will have a big cohort of family in. Also a show I was in in London for over a year was created by friends from York many of whom are also coming, so I’m optimistic about a friendly crowd!

You’re about to release a new EP on Xtra Mile. What does the rest of 2020 hold for you once it’s out?

There will definitely be more gigs, some actually with my band, and I’m hoping we’ll move on to recording an album. I’ve come around to this all so slowly that I have backlog of 20 years’ worth of songs to do something with! But I’m also studying to become a Psychologist so there’ll be plenty of essays in the year ahead too, no doubt.

The UK is home to some of the best underground musical talent. Have you seen or played alongside anyone recently that we might not know, but should definitely be checking out?

I have recently discovered Ferris and Sylvester who are just gloriously good, and fantastic people to boot.

Hollywood calls, they’re making Guise: The Movie. Who stars as you?

Um, well I’m a professional actress, so…me?! Although if it can’t be me I am regularly told I remind people of Rachel McAdams, which is a massive compliment and I can only just about see it from the best possible angle in the best possible lighting!, so maybe Rachel!

Really looking forward to seeing everyone at the shows!