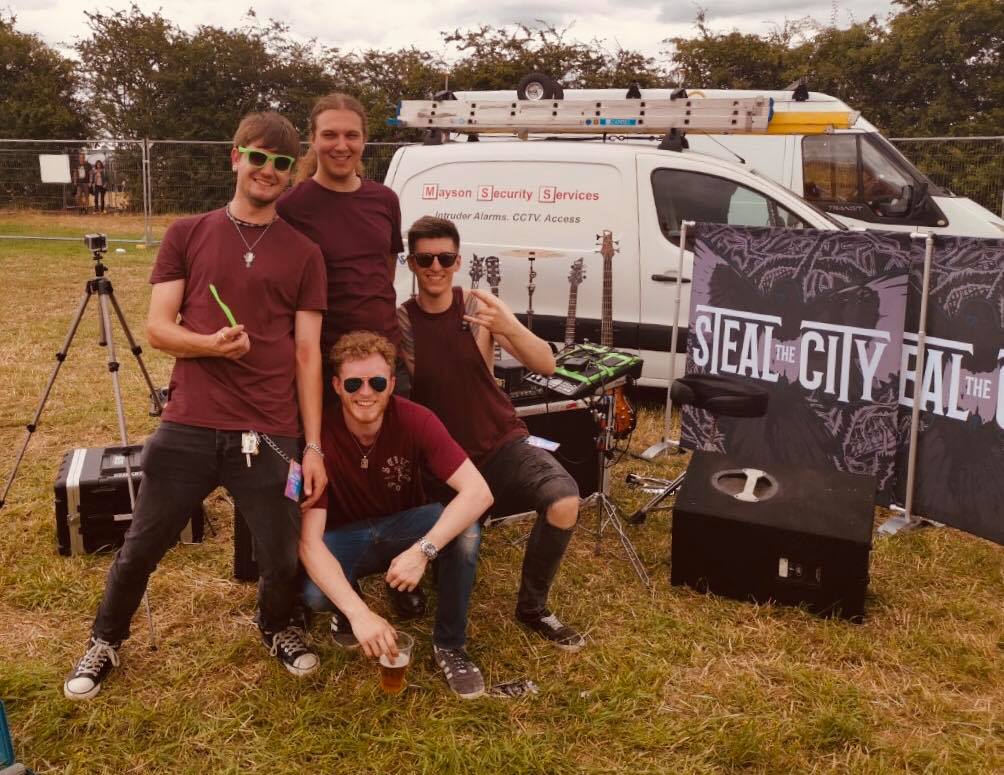 Hello! Let’s start with an introduction. Who are you and what is your role in Steal The City?

I’m Joe! The Frontman of Steal The City. My main role is Lead Vocals and Rhythm guitar.

And for anyone unfamiliar with the band, tell us a little bit about it – what are the sound and influences?

We’ve been going since late 2015. Started off as a group of mates saying ‘sod it! I wanna do what they are doing on stage. Let’s start a band! Not taking into account that we couldn’t play our instruments very well haha. So, we practiced and gigged until we finally found what we think is our sound. People have compared us to A Day To Remember at times cause we don’t particularly stick to one genre. We have rock. We have metal. We have punk. We write what we like really! If it sounds good, then we will play it. Our influences range all over the place from Guns N Roses to Wage War. A good variation means we have more things to play with.

You’ve been playing for a few years now, what have been the highlights so far?

Supporting Skindred at their Halloween show in Chesterfield was a massive highlight. Sold out venue and we got to open for them! Was an absolute pleasure and the Skindred boys are the nicest bunch. Even gave us some good feedback for us to go away with. However, playing the first ever Rockin’ The Bowl in Sheffield was amazing! The first Open Air Rock festival since the 80s and we had a blast! We knew most of the bands too so it was basically a big piss up with your mates and you got to perform!

What does 2020 hold for the band? Any releases or tours planned?

We are still gigging all over. Keeping on people’s radar is still important to us and keeping up with social media. But 2020 is a year for us to get our arses in gear and get some new music out! Early last year our original singer decided to part ways with the band, so I jumped on vocals and a long time fan of the band decided to join us to get us back to a 4 piece. Our writing style has taken a slight change but we are so excited to get our new material out! We’ve got something to prove and we ain’t gonna stop anytime soon.

You’re based in Sheffield, which has always been a great place for bands. Which other bands from the area should we be checking out?

Off the top of my head the Sheffield Bands that stand out to me are MOLLYANNA, Sweet Little Machine and Fear Lies. All very different to each other but all amazing bands!

Hollywood calls, they’re making Steal The City: The Movie and you’re in charge of casting. Who stars as you?

I get told that I sometimes look like Ashton Kutcher so I’ll go with him!

Thanks for taking the time to read this interview and be sure to keep an eye on our socials for updates! Just search Steal The City and you’ll find us easy.