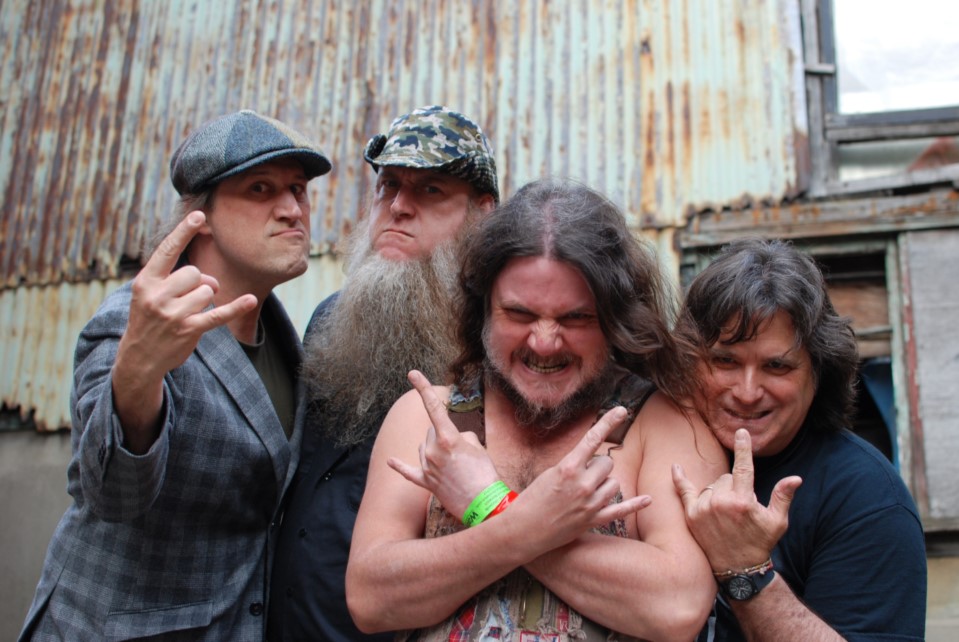 The last time I saw Hayseed Dixie was back in 2005 at Cambridge Folk Festival. I had never heard of these guys before but luckily a good friend of mine dragged me to their show; this was one the most energetic and fun shows I have seen to date. Since 2005 I’ve not been lucky enough to catch them again so naturally I was pretty stoked about catching them at the Crescent in York.

I had not been to the Crescent before tonight so I arrived early to check the place out and grab a pre-show beer. Before I go any further let me explain how unbelievably hot and humid The Crescent was, there was literal sweat dripping from the ceiling and it felt like I was breathing in hot steam, I was so damp I felt I’d pissed myself! Anyway, I digress…

Despite the molten like temperature, the opening act Thirteen Stars did not hold back. The four piece took to the stage with an unrelenting raw energy and together we fought through the heat. Frontman Hoss Thompson really knows his way around a fretboard, the whole band locked into every biting guitar riff Hoss laid down. These guys reminded me of my early love for classic rock, taking influence from Led Zeppelin, Free and the Rolling Stones whilst adding their own flair making a sometimes overdone genre feel refreshingly original.

Once Thirteen Stars had gotten the crowd fired up it wasn’t long until Hayseed Dixie took to the stage. They opened the set with their take on the old Country song ‘All The Gold In California’ which they randomly slotted into their other songs throughout the show.

Although they’re renowned for playing a bluegrass twist on popular rock songs, they managed to cover an impressive range of bands from AC/DC and Queen to Michael Jackson and Al Green. On top of this they had originals like their crowd pleaser ‘I’m keeping yer poop’.

It is quite easy to dismiss Hayseed Dixie as a ‘comedy band’ or a ‘rockgrass cover band’ but after witnessing there eclectic set it is clear this opinion is far off the mark. Since they formed in 2001 they have toured extensively, released 16 albums and gained a huge following in Europe and the US. Hayseed Dixie’s dedication to touring and ability to keep a very sweaty crowd dancing shows why they are still selling out shows 16 years down the line.