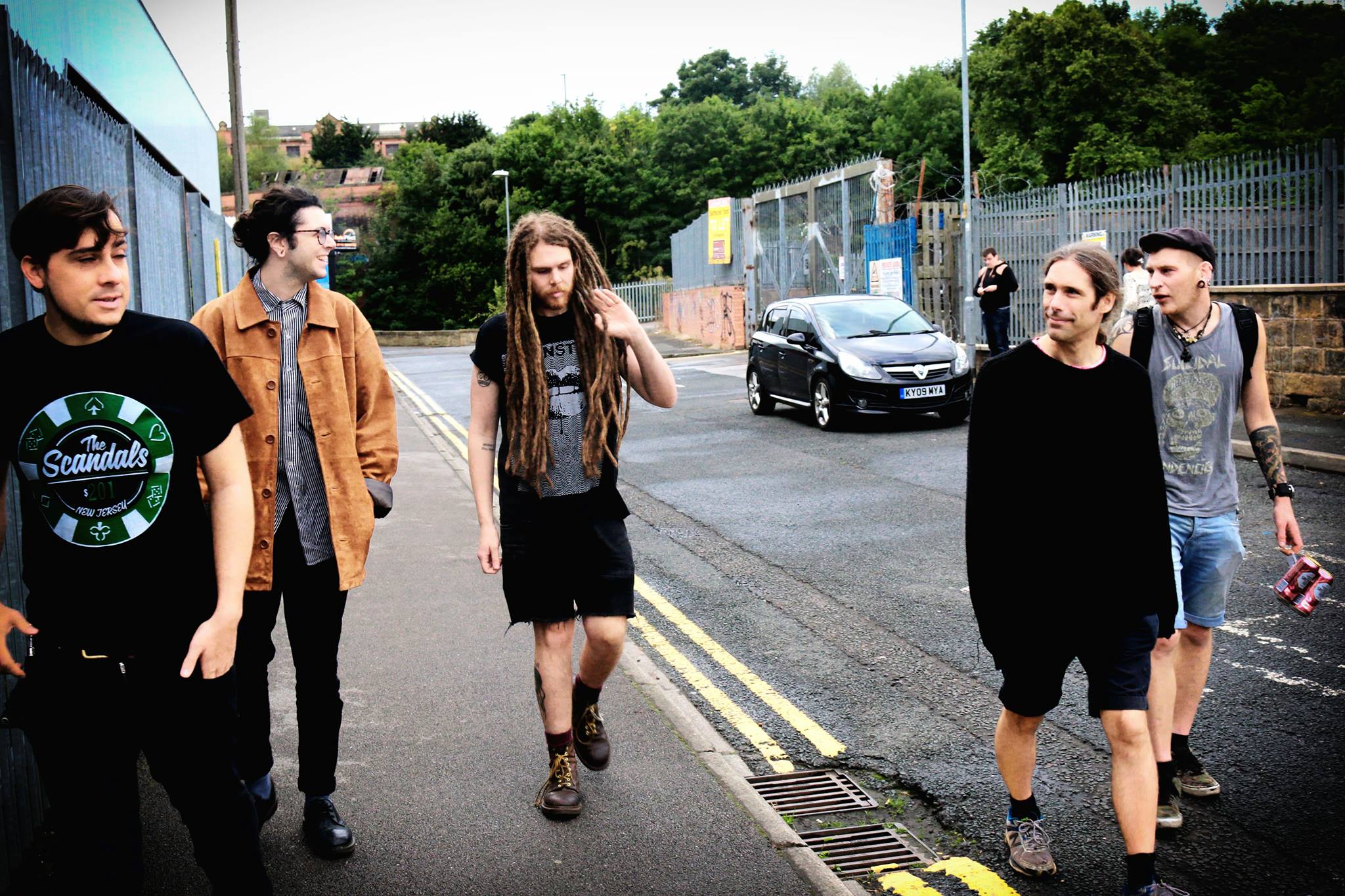 We recently sat down for a couple of pints of Guinness and a chat with Jake & The Jellyfish frontman Jake McAllister. We spoke about their upcoming third album, tour plans for 2018 and, of course, who would star in a Hollywood movie about the band.

Hey Jake! You’ve got a new album coming out soon and you’re playing a couple of release shows. Tell us about those gigs!

We’re doing a couple of release shows. We’re doing one in Leeds which will be a party, and we’re going down to Bristol as well because that’s where the label is. We’re also brewing a beer with Kirkstall Brewery, so we’ll have that at Wharf Chambers. In Bristol we’re playing at Hydra Bookshop which is near the Exchange and it’s a tiny, tiny anarchist bookshop. The show is BYOB, but we’re going to bring 36 pints of our own beer. It’s just one run. We’ll have it up at Arcadia afterwards, but I don’t think we’ll bottle it. I think it’s a ballache to bottle beer. I’m quite excited. I’m putting on the show in Leeds on the 1st February, so it’s quite stressful. And then the show in Bristol is on the 3rd. We missed a day so that we could go and see The Menzingers and PUP in Manchester.

An observation I’ve made over the years is that with each Jellyfish release there’s a small step further away from your acoustic roots. Is that a fair observation and will the new album see more of the same?

I don’t really know to be honest. I think the reason it was acoustic is that it was originally me doing it by myself, so when we got the band around it, it made sense for me to stay acoustic because that’s what I was doing beforehand. Looking back at our last album, Dead Weight it would have probably have made more sense for me to play electric then because the songs are a bit heavier, but I was a bit scared because I’ve played acoustic for so long. I knew what I was doing, I was at home with an acoustic. This one is definitely heavier.

For anyone who happens to be reading this that doesn’t know much about Jake & The Jellyfish, if you had to suggest three songs for them to check out to get a feel for what the band is all about, which ones would you suggest?

It’s really hard not to just choose songs from the new album because they’re the ones that I like the most. I’d probably say Reading List, the one we’ve just released. I’ll say Graveyard as well because it’s one of my favourite songs that I’ve ever written. They’re both from the new album, and then maybe 23 from Dead Weight. They’re all a similar sort of pace.

No Dotted Line? It’s the hit!

People seem to find that one themselves!

A January release for the album seems to hint at a busy year – what can we expect to see from you in 2018?

I’m doing a solo tour in Europe in March. I’m really looking forward to that because I haven’t done a run of solo dates in a long time. A mate of mine out there is helping me book it. It’s easier with acoustic stuff because it’s easier to jump on shows. I can just go to places I like and fit in. I’m playing a show in Freiburg with Beans on Toast, which will be fun. He has a really similar name to me – he’s called Jay Mcallister. We played a bunch of shows together when we were just starting and haven’t played together since, so that will be cool. We’ve also got a really cool thing in the works but I can’t say just yet because it’s not quite confirmed.

I’ve kinda come to terms with the fact that we’re a bit of a collective. That can be good and it can be bad. It means it can really differ from show to show, which can be fun when other musicians bring their own style and push us in other directions, but sometimes it can also be nice to have the same line-up. It makes sense in a way because as everyone gets older and has different commitments we can still keep going by asking our friends to come along on tour. It’s more stable now, but we had a year where it was all crazy because our drummer was away for so long, Rich, our violin player just moved to Australia, but we’re back on our feet a bit more. I do like having a collective to a certain extent, it’s just a bit harder to organise.

Does it have any impact on the writing process?

This album has been more me. Dead Weight was written by the four of us.  I’d write the songs and then take it to the band and we’d work out the structure, whereas this time I’ve written the songs and gone to the band with a structure and said “Let’s just put this together now.” In a way that was good because it was a bit more focussed.

You’re on tour a lot around the UK and Europe, so you’ll be playing alongside so many great, undiscovered bands. Who should we be checking out?

That’s a question I really wish you’d prepped me for! I really like James Choice and The Bad Decisions, they’re releasing a new album in either February or March. They’re from Austria, they’re really good. I like Austria at the moment. Astpai are about to release a new album as well. I really like their guitar playing.

As you know, we’re based in York and have a keen focus on what’s going on around us. You’ve played a lot of shows for us in York over the years, are there any stand out memories of playing here?

There have been a lot of shows! I really liked it when we played with Magnificent Seven and they came and did the brass on Coffee Tally. Laurence had tabbed it all out.

Hypothetical dream tour. Jake & The Jellyfish plus three other bands. Who would you be hitting the road with?

There’s no way we’d be headlining! If were doing it I’d want to play first. I’d say Bob Dylan but I’ve got no interest seeing him live because he just mixes it up all the time…

Yeah! It’d probably be Bruce Springsteen, Against Me and The Lawrence Arms I think. The Lawrence Arms, songwriting wise have really influenced this record. It’s got that urgent vibe. Oh! Calcutta! is one of my favourite albums of all time. There’s so much energy in that album.

Hollywood calls, they’re making “Jake & The Jellyfish: The Movie” and you’re in charge of casting. Who plays the band?

Adam Sandler would play every single member and Nicholas Cage would play me.

That would be the greatest movie of all time. Finally then, is there anything else you’d like to add?

I’m really proud of the new album, so I hope everyone likes it. It’s out on 26th January!