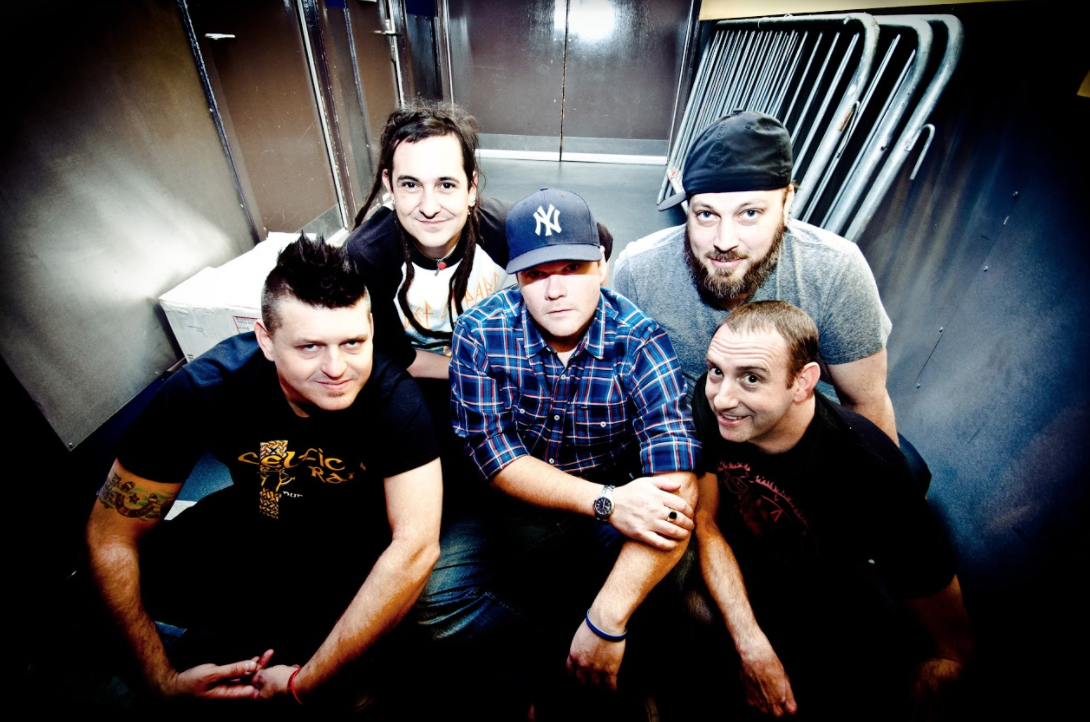 As part of our Jera On Air coverage this year, we caught up with Less Than Jake drummer Vinnie Fiorello to discuss the festival, their upcoming UK tour and, of course, who star in a Hollywood movie about the band…

Hey Vinnie, how are you?

I’m doing good, I just got home from a long tour in South America and Europe. Feels good to be back and soon we will be doing the last half of Warped Tour in the US.

You played at Jera On Air Festival in the Netherlands a couple of days ago. Aside from the guy waving his dick around when he was invited onstage, how was the show for you?

The show was a fun one. Great energy from the crowd and surrounded by great friends that were playing the festival with us. That is the best combination.

You’re heading back to the UK later this year with Reel Big Fish, Zebrahead and Suburban Legends, which is a hell of a line-up. You always seem to have good support bands, but do you notice a difference in the crowd when the line-up is this strong and all the bands have lots of mutual fans?

I think when the deck is stacked like the tour coming up the show becomes more of an event. People coming are making a night of it, bringing friends or coming with family. The vibe is different and it adds to the overall good time.

The Vans Warped Tour is coming to an end this year. What impact do you think that will have on bands such as yourselves who have planned a lot of summers around that tour over the years?

I think that bands will need to seek out or start more mid sized festivals. Warped was a great place to play in front of kids that have heard of the band but never had the chance to see you. It’s an important part of growing you’re following a younger band.

It’s been a year since you released the Sound The Alarm EP, can we expect a full length follow up any time soon?

We will be starting to work on new songs in the fall. I’m not sure if it will be a full length until we start to write it. 7 songs is close to a full length right?

There have been a lot of stories and allegations about inappropriate behaviour within the music scene over the past year or so, with bands such as Brand New essentially having their careers ended because of their alleged actions. Do you feel that there’s an extra responsibility on established bands such as yourselves now to ensure that kind of behaviour is not tolerated in the scene?

I think policing other bands is impossible but making or trying to make safe spaces at shows and having an open line of communication with fans is very important. Bands need to take that type of responsibility.

And now to change the tone completely – Hollywood calls, they’re making Less Than Jake: The Movie and you’re in charge of casting. Who stars as the band?

I think we are pretty interchangeable with Teen Titans Go! Or Scooby Doo.

See you in October!