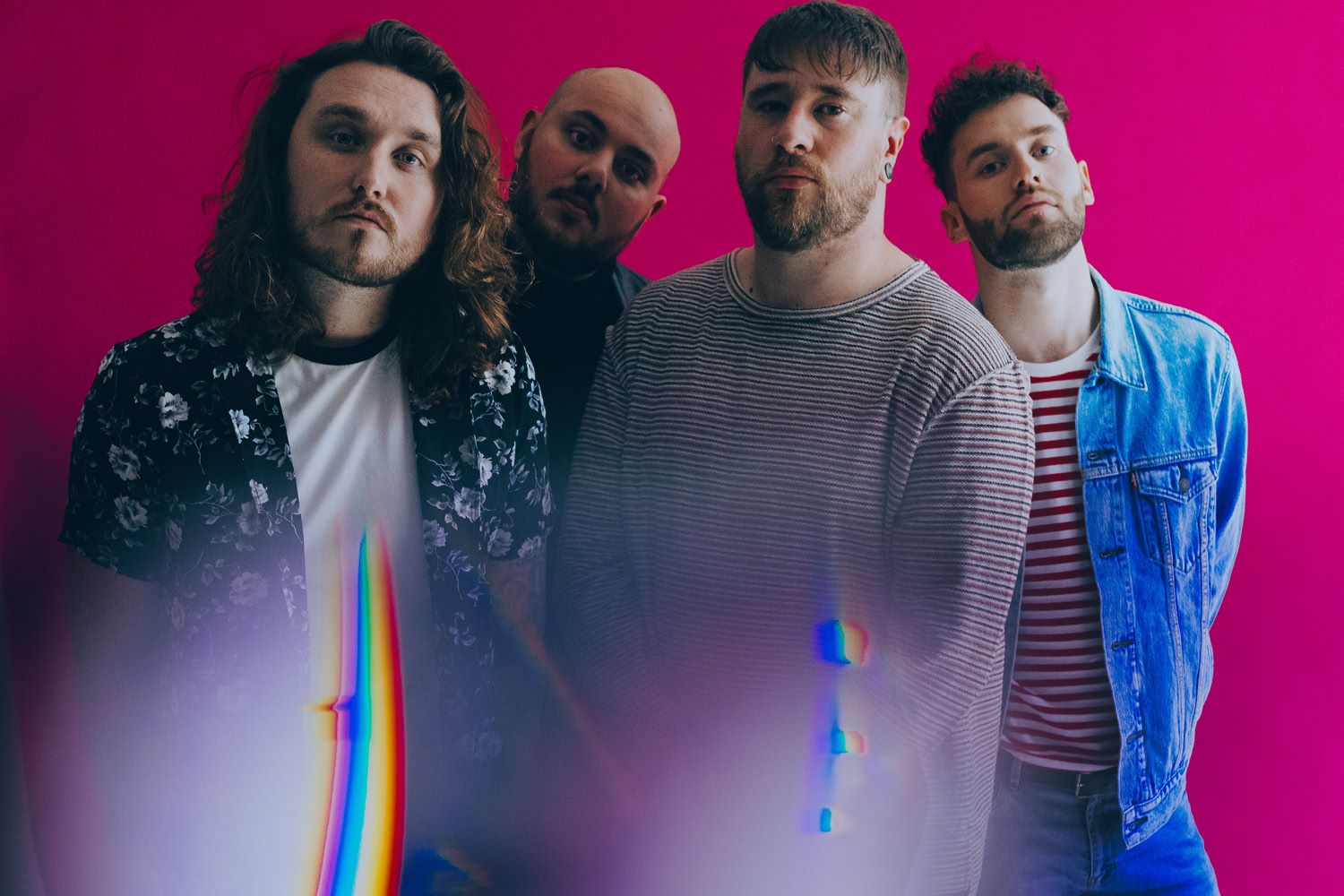 It’s not every day that bands with top 40 albums and major festival appearances come through our tiny hometown of Selby, so when Mallory Knox came to town, we had to catch up with them and see what their thoughts on the town were, why it’s important for them to play shows like this and how things are going since their line-up reshuffle…

Hello one half of Mallory Knox! Welcome to Selby, we assume that this is your first time here?

James Gillet: It surely must be. If we’ve been here before then I don’t remember it. This one will be a night to remember though!

We saw that you guys arrived pretty early. What have you found to do here in Selby?

JG: We got a Greggs on the way. We’re never usually out early enough to get the bacon sandwiches because they stop them at 11am.

JS: We went to the pub, watched the game, went back to the hotel and now we’re here talking to you!

How important do you think it is for bands such as yourselves to get out to some smaller places such as this and play a show every now and again?

JS: It’s important, because we grew up in the middle of nowhere. We say we’re from Cambridge but we’re not, we’re from a village outside it where it’s really hard to get anywhere, so we know the value of a band coming to the more remote places. When we used to want to see a band we’d have to get a train to London, it would end up costing a fortune, you’d have to leave half way through the band to get back, so it’s not lost on us how grateful people who go to shows are when bands come to places like this.

You’re doing loads of smaller, grassroots festivals like this one this year. Why did you decide to get out and do that?

JG: It was a conscious effort. Last year we did Leeds and Reading but the problem with big festivals like that you get tied into exclusivity rights and you have to run every other festival past them. This time, with the whole line-up change and everything, we just want to get out to as many places as we can and this way we can. They might be smaller shows, but we’re playing a lot more of them than we did last year.

JS: We felt that it was the most important year for us as a band. We didn’t want to release a song, do a short tour and then sit at home for months waiting to August to roll around. It gives people a lot of time to speculate about what’s going on with the band and it’s felt mega important to be active. Like James said, we might not be doing a massive one like Reading but that’s always there next year. We’ll probably end up playing to more people this way by doing little and often. There’s probably a lot of people out there looking at us now and thinking ‘They’re done’, we’re not naive to that, so we’re just getting out there and settling the fans’ nerves.

This first festival show of the year marks the end of your first tour since the line-up change. How has it been?

JS: It was good. The thing is, Mikey has been out of the band, behind closed doors, since about April last year. The only reason we announced it so late is because we had tours and festivals in the diary. In terms of rehearsing and writing, we’ve been doing it as a four piece for about nine months now.

JG: Yeah, we’re used to it, it’s been nice to get out there and prove to the people who come and see us that we can still do it. Everyone has been really supportive. We were joking on the way to the shows saying that we’d get a lot of people asking where Mikey was, but we had literally none of it. It was great to get out there and hopefully people will have gone away thinking that we’re still a band that they like.

Creatively, can we expect any changes in direction now that the line-up has changed? Does this give you an opportunity to explore any new ideas that you perhaps couldn’t before?

JG: We’ve always done what we wanted, but this time we’ve got a clear direction on what we want to sound like. The last couple of albums, when Sam comes to us with a song idea, I’ve always said he’s like a sponge,  what he’s listening to at the time influences what kind of song will come out, and I think you can hear that on Wired. This time we really want to nail what we’re going for and I think Black Holes is a good indicator of where we’ll be going. The more raw, rocky, sound.

We’re not sure if any of the controversy surrounding one of the bookings for this weekend has come onto your radar. We’re not going to go into it too much but we just wanted to get your thoughts on the importance of creating an environment at shows and in the music scene in general where everyone can feel safe and welcome…

JS: Obviously it’s massively important. If you don’t think that, then what are you doing? Of course no one should feel threatened or unsafe. There’s stuff coming to the forefront quite a lot at the minute, bands and venues seem to be aware of it so there seems to be an effort to move things further in the right direction so that people can come to a show and feel safe. That should be rule number one. If any band says or acts otherwise then they shouldn’t be on the bill.

Moving away from that, Hollywood calls, they’re making Mallory Knox: The Movie and you’re in charge of casting. Who plays the band?

JG: I’ll play myself. I’m well up for that. Unless I’m not allowed, then I’ll have either Russell Brand or Jack Whitehall.

JS: Sam should be Seann Walsh, he looks a lot like him. Dave has got a bit of Seth Rogen in him, and I look like a bald version of the fat fellow from Drake & Josh, so we’ll get him in.

Great! Finally, is there anything else you’d like to add?

JG: Come and check us out at some of the other festivals that we’re doing. If they’re near you, see you there!