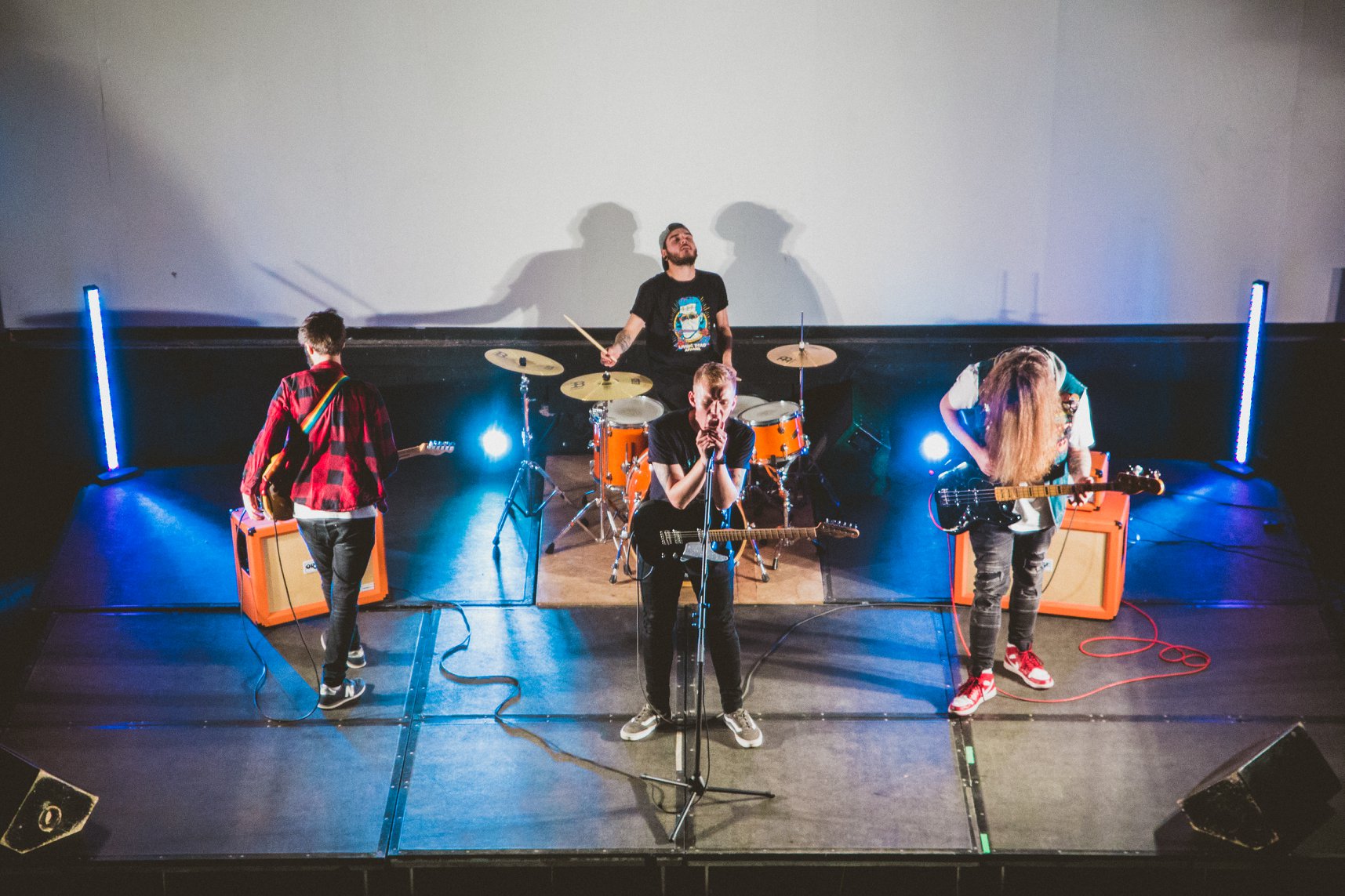 Hello dear reader, once again I’m here to make sure you hear some of the best new music coming from everywhere and anywhere, no better place to start than your own back yard!

York’s latest full metal jacket of tasty riffs and hard beats come from the latest pal battalion of Old Selves. If you’re a fan Alexisonfire, Fightstar, WWE soundtracks and all that post-hardcore goodness then this is the band for you!

Before diving into their current single “Breathing Space”, it’s worth noting this band has big plans, big goals and they’re something to behold. Having had the pleasure of witnessing this band of brothers come together to create a monster sound that’ll rock your core, these guys aren’t fucking around. Their recent releases are a testament to that style and mantra that the band has. The single “Breathing Space” is their follow up to “Strength in Four”, a track which in my eyes is like Ice Cube dropping it like it’s hot and making of statement of, “We’re here! Now shut up and listen!!”.

“Breathing Space” was produced by Pray for Hayden’s own beat machine, producing monster Ben Stuart-Brown, the rhythm of this track is captured nicely with that perfect space between the lead riff and vocals sitting nicely in the mix above the beautiful chaos of dirty goodness on the guitars, bass and drums. If you wanted to get all artsy you could say the mix reflects the title perfectly, but I’m not going down that rabbit hole and feel dirty saying that, so moving on!

What’s worth noting on this track is the addition of harmonies that was lacking in Strength in Four, and Felix’s vocals on this track really stand out on this. A strong gritty and powerful scream that live is something to behold, and will take you off guard in the best way possible.

In the space of 2 singles you can hear and see the development of this band, what’s charming about this group is you’ve also got 2 members of York’s own Heartsink, Jake Roughton and Kiel Hodgson just ripping it up on these songs. This accompanied with Ray Kilvington holding that bridge between drums and guitars down just shows how much of unit these guys are.

If this track was picked up by WWE I swear down it’d make it down onto one of their games or at least an entrance track for someone! Like all those wrestlers I know these guys love, this track is big, it’s hench as hell and it’s a slobber knocker!

This band is proving itself one gig at a time that are the real deal and will give you everything they’ve got. So get to one of their shows and enjoy!