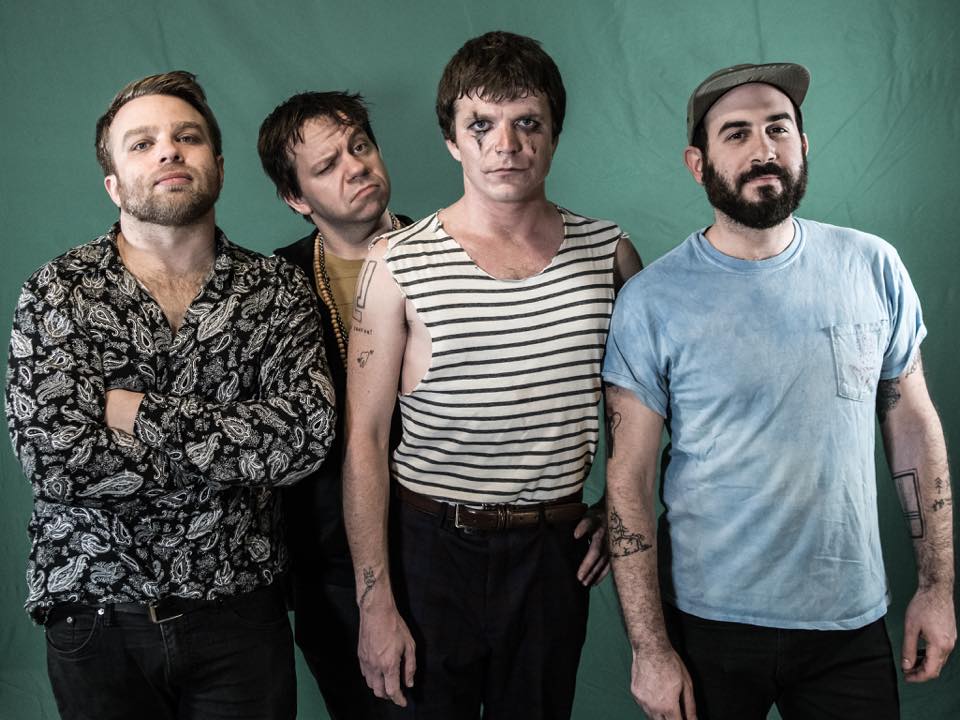 Dear reader, if you’re one of those adrenaline junkies that rarely stops to read music reviews then boy howdy do I have a record for you that’ll make you want to light your friends car on fire, jump that thing over 10 school buses and then jump off a cliff like Thelma and Louise, only cooler cause you’ve got this record blaring out the speakers.
PEARS have kicked open the door and teared down the streets to your ears from the infamous Denver Colorado studio of Black in Bulhm (check this place out they’ve recorded tonnes of great music including the likes of Frank Turner, Scorpions and so much more) and have dropped their 4th absolute raging monster of an album through with Fat Wreck Records.
From the word go this record grabs you and throws you around like a rabid animal, just because you dare to cross its path. If you’re a fan of NOFX, Black Flag, No Use For A Name, Anti Flag or anything from the Tony Hawk soundtrack then this is your bag and THIS should be at the top of your playlist, mix tape, Lp collection, mix CD or whatever you’re into.
The band really shows their chops with this 14 song epic spanning a total of 31 minutes and the longest song “Travelling Time” being 2 minutes and 58 seconds and the shortest being “Zero Wheel”  at 1 minute 24 seconds! So Punk fans and those with Tik Tok style attention spans rejoice!
It’s difficult for me to say which tracks are the ones you need to listen to first because this album is just an epic, it’s one of those album that will become a classic in the punk universe. The opening track “Killing Me” is a tour de force of pure angst and rage, perfect for those nights where you just wanna throw yourself into a pit, make a human pyramid and drag your friends into the whirling chaos of the pit. It seems with each track the band steps up there intensity, it’s literally like this record is the burning car going through all the gears before the wheels come falling off or the gear box explodes, songs like “Comfortably Dumb”, “Rich to Rags” just prove. Even the “pop” classic the ironically named “Naptime”, still has the balls that your nursery rhymes wished this song has.
The only time this record lets us is when we get to “Travelling Time”, with it’s beefy, distorted, melodic sounds. It’s almost like the band before closing this punk masterpiece are allowing you to reclaim your fallen friends from the pit before they blow the roof off your front room or venue with “Cyncical Serene”. The song literally cuts itself out at 1 minute 44 seconds, just adding to image in my head of this car flying off a cliff or running out of fuel, at this point the band stats teasing the listener with random notes played on the bass and that’s it.
This record performance is so raw, so powerful it’s a real statement and something well noting and getting to watch. It’s just pure gold.