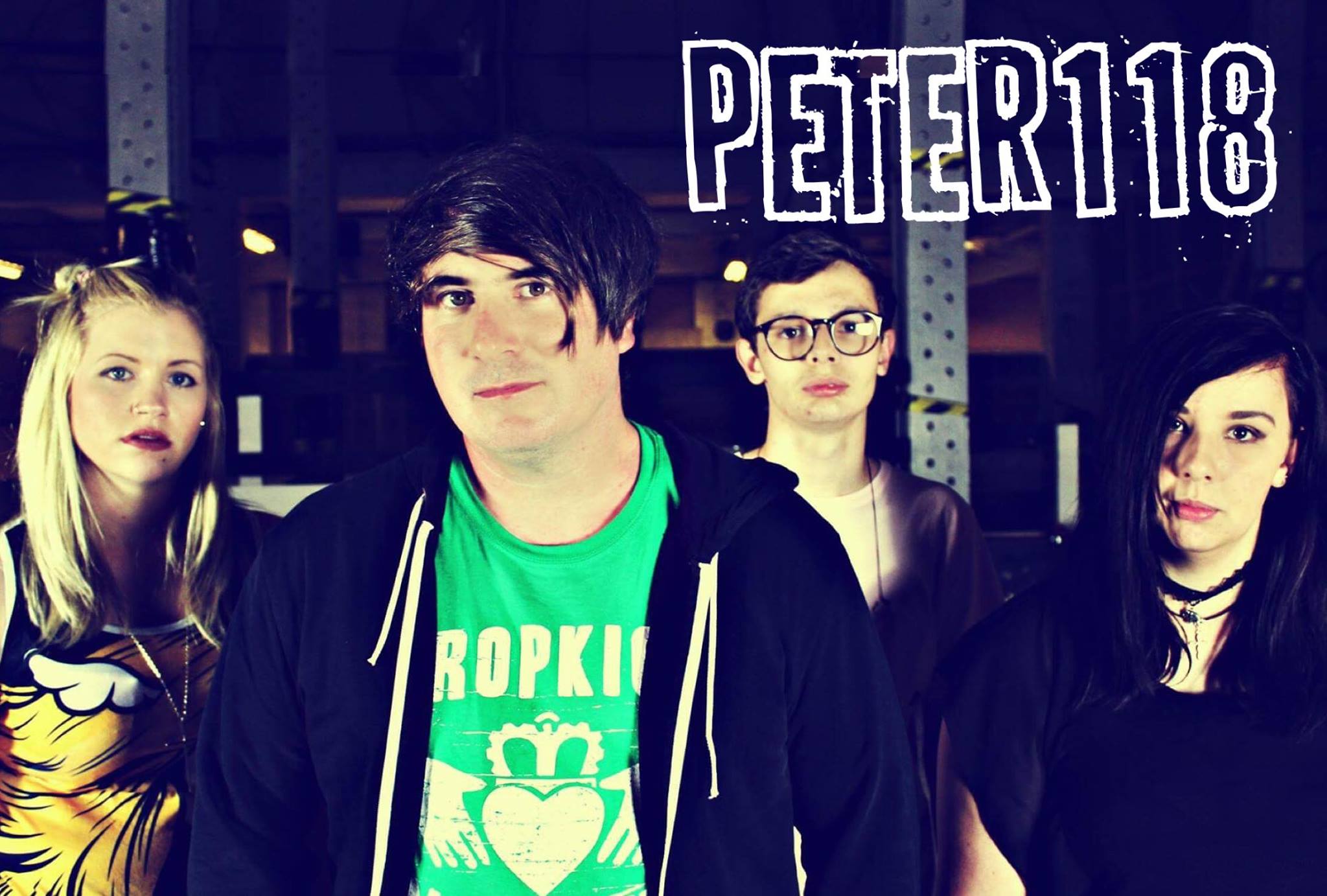 Peter118 are a Christian Punk band that are making some serious waves in the UK music community right now. Over the past week, it’s been near impossible to log on to social media without seeing the name. We just had to catch up with the man himself to find out what all the fuss is about…

Hello Peter! How is everything in the world of Peter118 right now?

Things are going really good. Last week Peter118 was exposed to 15k members of the pop punk community group on Facebook. UK Pop Punk Community group changed their name to Peter118 UK. People now know who we are and are singing our songs on home videos, posting pictures and sharing our website all over social media. In 3 days our music video ‘Break Em Out’ has had an increase of nearly 3000 views. We are getting invites all over the country to play shows, doing DJ appearances and meet and greet pop punk kids. At the pop punk shows people are coming up to me asking for photos, wanting stickers and are taking a general interest in Peter118 and who we are.

As you say, the UK pop-punk community has really taken to your band over the past week or so. What do you put that down to?

Peter118 has a serious message but we also know how to have fun. We have catchy songs, a unique image and can offer the UK pop punk scene something new and fresh. I have used social media to expose my band to the UK punk scene.

For anyone who hasn’t heard what you do yet, could you tell us a little bit about your sound, influences etc?

Peter118 brings a fresh sound of pop punk. We are influenced by the 90s punk rock sound and bands of the 70’s like The Sex Pistols and The Clash. Peter118’s sound is a mixture of Green Day, Blink 182, Sham 69 and The Sex Pistols.

What other musical projects and experiences have you been involved with prior to Peter118, and were they also based around Christianity?

I have been a Christian for 12 years and played in Christian bands such as the ‘Ambassadors of Shalom’ and ‘Risen from Ruins’. Prior to that I was in a secular punk band called ‘Senseless’. Peter118 was always a side project however in 2014 the song ‘Radio’ was played in Japan by a DJ called Mike Rogers which then led to having airplay and exposure all around the world.

You’re a punk band with a strong Christian message. Given that punk has always been a movement based on rebellion, how does following religion and being punk work together?

Society tells you to look after number 1 and everyone should get what they deserve. Jesus taught me to put all others before myself. I was a sinner like everyone else and by the world’s standards I did not deserve to be loved of God, yet this love was offered to me undeservingly. This is the message that goes against everything that the world tells us. This is punk rock.

In your song ‘Break Em Out’ you sing about a fight which turned you onto religion. Is that a literal fight that you got into, or is it more of a metaphor about finding faith?

It was an actual fight that I got into at a night club. When I was a non Christian I used to binge drink and sometimes ended up in trouble. When I became a Christian I made a vow to God not to drink any alcohol. God changed my life for the better and now I don’t have any desire to get drunk. I now have peace in my life.

We’ll be honest, you’re the first Christian punk band that we’ve checked out. Are there any other bands out there on the scene that we should be listening to?

Yes loads, mainly in America. My favourite Christian punk bands are on Thumper Punk Records and Raven Faith Records. The bands include No Lost Cause, CPR, False Idle, Until I Die, Infirmities and The Bricks. There are so many more to include. Tooth and Nail Records had great bands in the 90’s.

With your newfound profile, what else can we expect to see from Peter118 this year?

We have a new album coming out on the 26th March on Raven Faith Records. This includes the anthology of all our songs plus a live CD recorded in California. Keep you eyes peeled as there might be a free download song following the release.

Hollywood calls, they’re making ‘Peter118: The Movie’ – who plays you?

Take em out, Break em out, wake em out , shake em out!