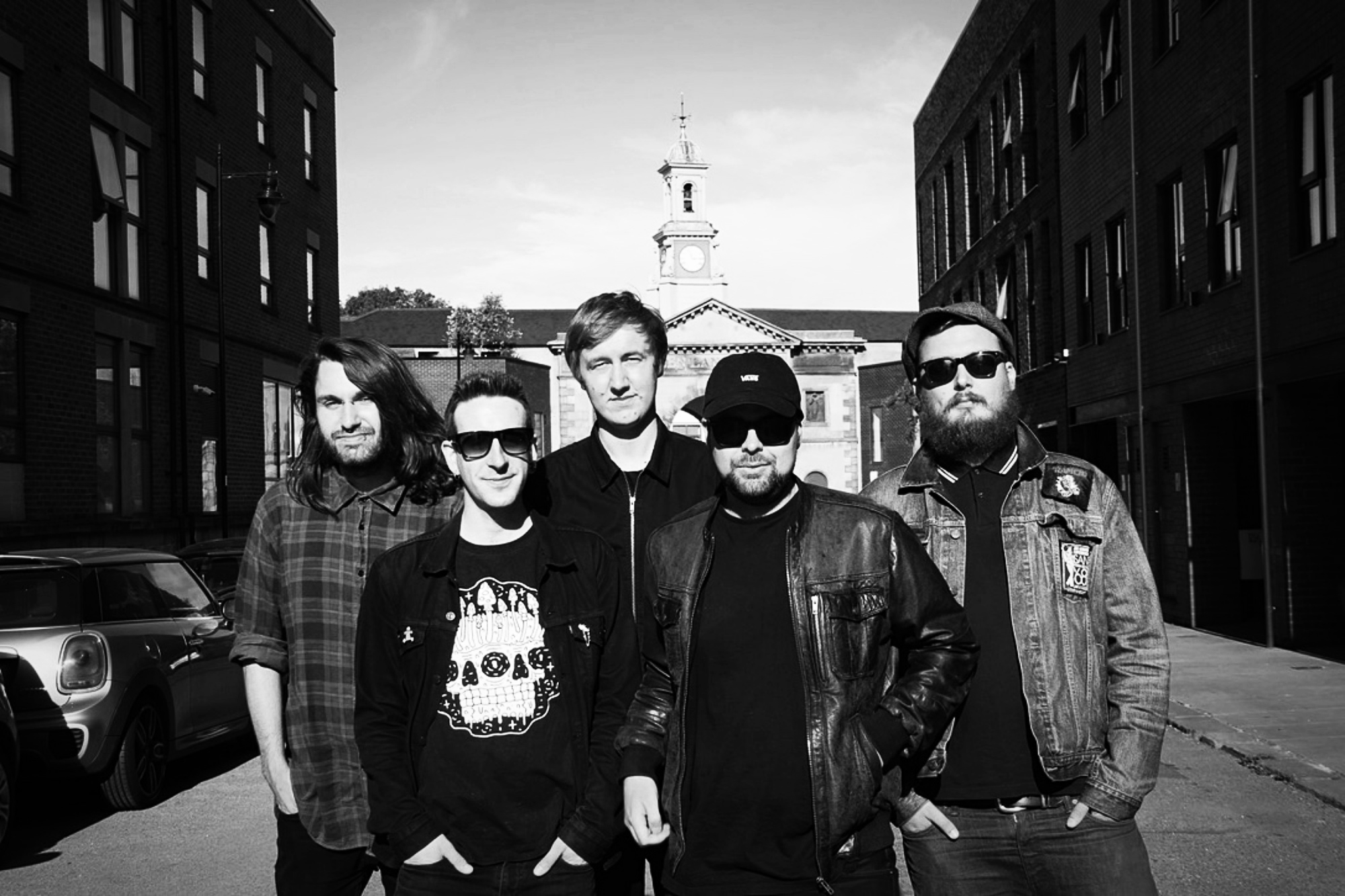 Hello! Let’s start with an introduction. Who are you and what is your role in Shanghai Treason?

Hi there! I’m Tom and I’m the guitarist/backing vocalist and write some of the songs in Shanghai Treason.

For those unfamiliar with your band, could you tell us a little bit about your sound and influences?

We’re a folk/Celtic punk five-piece hailing from Sheffield, so we have all the workings of your usual punk band but with a banjo, accordion and a few other instruments here and there. As a band we’re very much influenced by other similar bands like Dropkick Murphys, Flogging Molly and the Rumjacks, but our individual influences are pretty varied which makes for a great time when we’re making music.

For a relatively new band you’ve played some pretty sweet shows so far. What have the highlights been so far?

As you say we’re relatively new so it’s all kind of been one big highlight so far, but that’s a bit of a cop out so I’ll not leave it there. The ones that really spring to mind are our first ever show where we finally were able to walk out on stage and give people what we’d been working on behind the scenes for the best part of a year. Also the final show of the tour at the back end of 2019 was a very bittersweet highlight; we had all the lows of knowing that that was the last show for a while, but all the highs and satisfaction of knowing that the hard work had paid off. Finally the reception we got to our debut single Devil’s Basement just blew us away, none of us could have expected that, so that was pretty amazing.

You’ve also got a tour coming up, where can people come and see you?

We’re heading out again early on in March. We’re playing our first London show at Water Rats on the 4th March, before heading up to Deadwax in Birmingham on the 5th. We’ve got a hometown show at Corporation in Sheffield then on the 6th March before we head up to Edinburgh for the final show of the run on the 7th at Banshee’s Labyrinth. It’s a pretty short one so don’t miss out!

Once the tour is out of the way, what does the rest of 2020 hold for the band?

2020 has already been pretty busy for us in the way of being in the studio and recording new music, and we’ll be carrying on with that after the tour. Other than that we’ve got a great bunch of festivals lined up across the entire festival season, and I’m sure there’ll be another tour or two in there somewhere…but that’s all I can say at the minute (I hate having to keep secrets!).

There are some excellent bands in the UK right now that you get to share the stage with on a regular basis – who should we be checking out?

Where do I begin with that one? There’s some insanely talented bands out there on the underground and local scene at the moment, and we were lucky enough to play with loads of them on our last tour, and finding new music is one of my favourite things about touring. Of the bands we hadn’t met until the tour I really loved Cut Throat Francis in Bristol, Chris Greig & The Merchants up in Edinburgh, and also the headline band at our show in Manchester were pretty good, Buzzcocks I think they were called. They’ve got potential.

Hollywood calls, they’re making Shanghai Treason: The Movie and you’re in charge of casting. Who stars as the band?

Great question. Our banjo player’s name is Tom Hardy, so there’s one obvious option, but I reckon Rory McCann would be a great choice for him. He might seem like a big mean banjo machine but he’s a softie really.

Our bass player Joel would probably be Matt Damon, who has a reputation for being one of the nicest guys in Hollywood. Tom Cruise fits that too, but I’m not sure how much Joel’s into scientology.

Then there’s Sam on vocals. I’d call Liam Neeson to play that role. An iconic leader with a distinct voice, but doesn’t do his own stunts.

I’d cast Animal from the Muppets to play our drummer, Alex. The guy lives and breathes drums – and he does it effortlessly and tirelessly. I get out of breath just watching him recording in the studio.

As for me, I’d like to think Leslie Nielsen or Chevy Chase would do it, but the former is no longer with us and the latter probably wouldn’t accept the part. Personally I’d give Charles Dance and Kiefer Sutherland a call, see who wants it more, but being the youngest in the band the other guys would probably say one of the kids from Stranger Things.

Come out and see us on tour this March! We’ve got some brand new tunes for you. You can find out about all the good stuff like where to get tickets and keeping up to date on new releases by following us at facebook.com/shanghaitreason, @shanghaitreason on Twitter, and @streason2020 on Instagram.