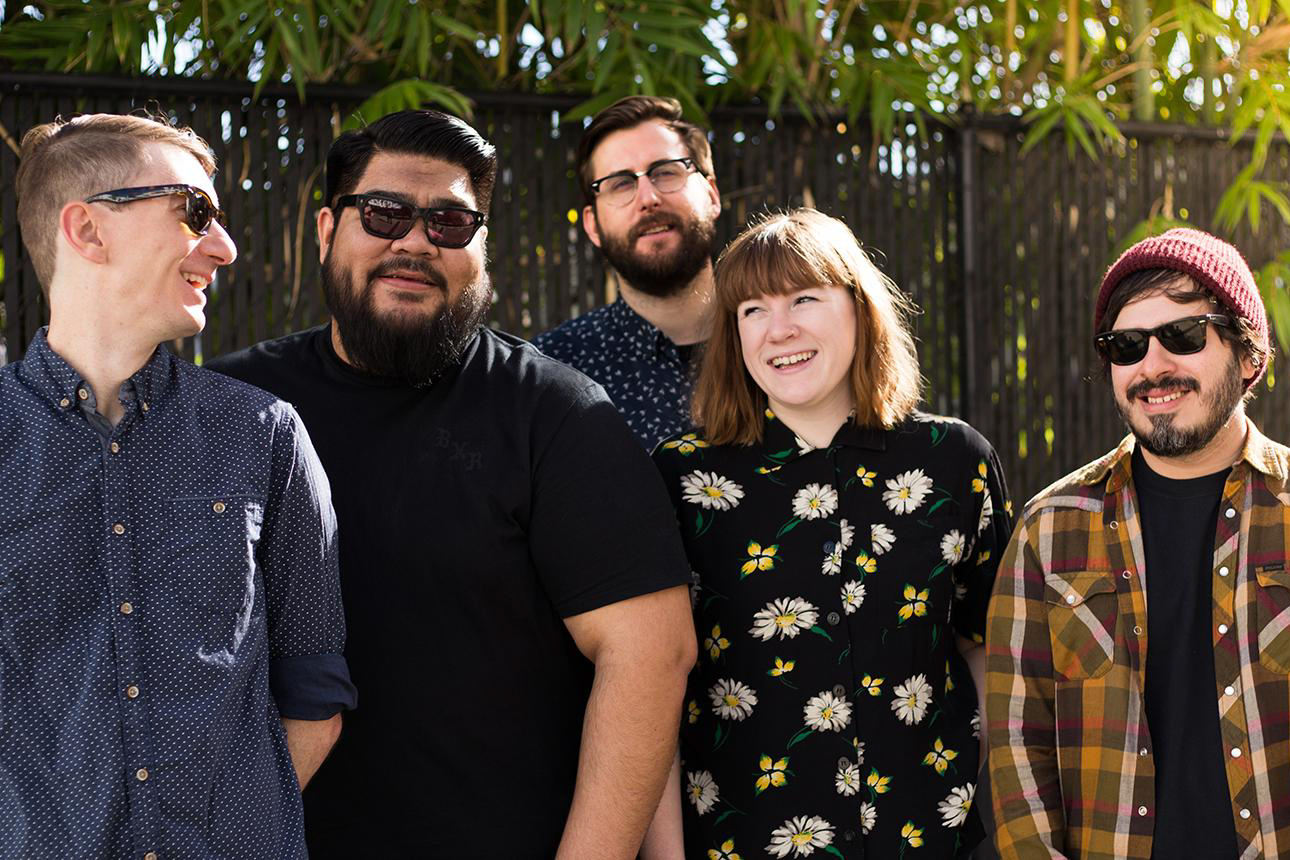 We recently had the pleasure of sitting down for a chat with Spanish Love Songs frontman Dylan Slocum before the band’s show at The Key Club in Leeds to discuss how the band are finding their first time in the UK, plans for next year and the success of their latest album…

Hello Dylan! How’re you finding the UK so far?

It’s great. It’s our first time here. It’s my first time here as a human which is very cool. It’s been a lot of fun. The crowds have been great, everyone has been so polite. Every city is all new to us. Edinburgh especially was fun because I’ve just found out that my family is from there. I got a text today from my Grandma saying that my great great grandmother was raised there. I wish she’d have told me that while I was there!

What have been the highlights so far?

Every single friggin’ show! They’ve all been great in different ways. Selling out the London show on the first night was wild. I hadn’t been paying attention because I’d been talking to friends and stuff downstairs at the Boston Music Room, and when we got onstage and it was just like “Woah, what is this?” It’s really cool.

I just wanted to say congratulations on the success of Schmaltz this year. Were you expecting anything like the response it received?

No. We finished the album last August and then spent a while looking for a label for it. We knew that we’d made an album that we really enjoyed, and that it was quite a bit different from our previous record. When we finished it we stepped back and said “I don’t know if anyone else is going to like that because it’s different to what we’ve done before.” We never anticipated people enjoying it as much as they have. It’s cool, it feels good. It feels validating in a way. It’s cool having people come up to us and tell us how much it’s meant to them, and how it’s helped them and how they feel the same way. When I’m writing the lyrics it’s a way for me to talk about how I feel when I’m feeling alone and it’s good to know that other people can feel like they’re not alone. We all have these thoughts and we don’t love ourselves as much as we should.

It obviously got great reviews as well as the response from the fans, but we’re now reaching the point of the year where people’s best of lists are starting to come out. Is a place on those lists almost more validating than a positive review, because it means that not only have people enjoyed it, but it’s stuck with them for months as well?

It’s cool, because the album came out in March. There’s been a lot of amazing music out this year, I don’t know if our album would be in my top ten. It would be really douchey if it was though. I bet The Dirty Nil’s album is their own favourite album of the year. That’s their attitude onstage anyway. Those guys are the best, they’re the only band that could pull that off. But yeah, it’s nice to hear that it still resonates with people. We were on a few mid-year lists too and that was totally insane.

One of the biggest cliches in music is the headline where a band claims that writing the album was really difficult almost killed them. Schmaltz is really raw sounding and does sound like it may have been difficult to write. Was that the case?

I wrote a lot it when I was living in Atlanta for a few months, away from home and working insane hours. I was kind of losing my mind but no, I think as a band we were able to take our time and do everything how we wanted to. The only stressful part was not taking a year to do it. We were doing in our downtime so it’d be a few hours here and a few hours there. It wasn’t necessarily a hard process. I think we were slightly unprepared when it came to some lead guitar stuff, so it took a little while to figure out that. That was a little stressful for Kyle and I because we aren’t the best guitar players, but it worked out. There wasn’t a lot of head butting. Kyle and I fight a lot anyway, but in the studio we’re pretty in sync. It was not the age old cliche.

The record has come out on a couple of really cool labels too in A-F and Uncle M. How have you found working with them?

It’s been amazing. A-F is a great label with the bands that they choose to promote and the message behind everything that they do. They’ve done an amazing job helping us build up a platform in the States. Uncle M have been a great partner over here, really pushing it to the German and UK markets.

There’s a few European festival dates starting to appear in your schedule for next summer. Can we expect to see a lot more of you over this side of the world in 2019?

Other than what’s been announced, I can’t really say. We will be building a string of dates around what’s already been announced. I think we’ll be around in the Spring, and there should be some UK and mainland Europe dates.

Great. You’re currently on tour with Ducking Punches and We Bless This Mess, two awesome DIY bands. Who else would you recommend we check out?

Oh my gosh! That’s the hardest question. Obviously Ducking Punches and We Bless This Mess. Our friends in Typesetter. Kali Masi. Western Settings have a new record coming out next year. The band Daydream from California are great.

Hollywood calls, they’re making Spanish Love Songs: The Movie and you’re in charge of casting. Who stars as the band?

Wow. Jason Segel could be me because he’s tall. Who’s the guy from Ant Man? Not Paul Rudd… Michael Peña. He could play Ruben. Anybody can play Kyle, I don’t care. Zoe Kazan could play Meredith. Any tall bearded man can play bass. It’d be a great move about people being nice to each other.

Thank you for listening to us, if you have. We have a lot of stuff coming up, so keep your eyes and ears open!