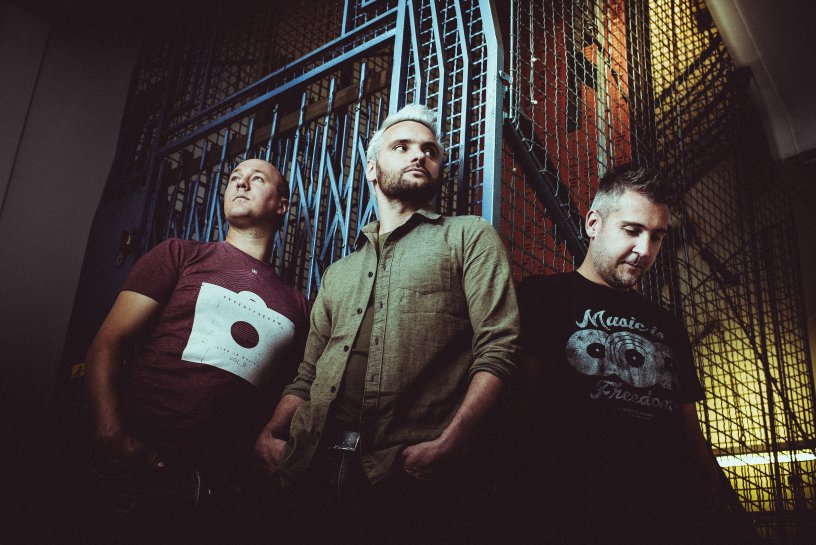 Watching The World Come Undone is the fifth album release from punk band Templeton Pek, inadvertently celebrating ten years of being signed to a record label. It’s more of the same from the Birmingham based band, but that’s not much of an an issue when the music is this good.

For those new to the band, the Brummy three piece perform a from of punk rock that sounds a little like a cross between melodic hardcore, pop-punk, and skate punk, which makes for a wonderful package. Certain songs even remind us of the emo movement that was popular a decade ago, which was slightly surprising. Like most bands within this genre the lyrical content on the album is political, showing a slightly darker theme than usual to their music, inspired by current events in the world. It’s an interesting turn of pace for the trio, and one that is most welcome.

It’s certainly a passionate record, and this is a side that we would love to see Templeton Pek bring out more and more in the future, with the anger and passion on show being very intriguing to us. Our only real gripe with Watching The World Come Undone is that there isn’t too much to distinguish Templeton Pek from their peers, at least in an instrumental sense. It does get slightly punk rock by numbers at times, and we are ever so slightly reminded of Rise Against’s latter work in places (for example Sirens), and there are a million bands doing this sort of thing in the world at the moment.