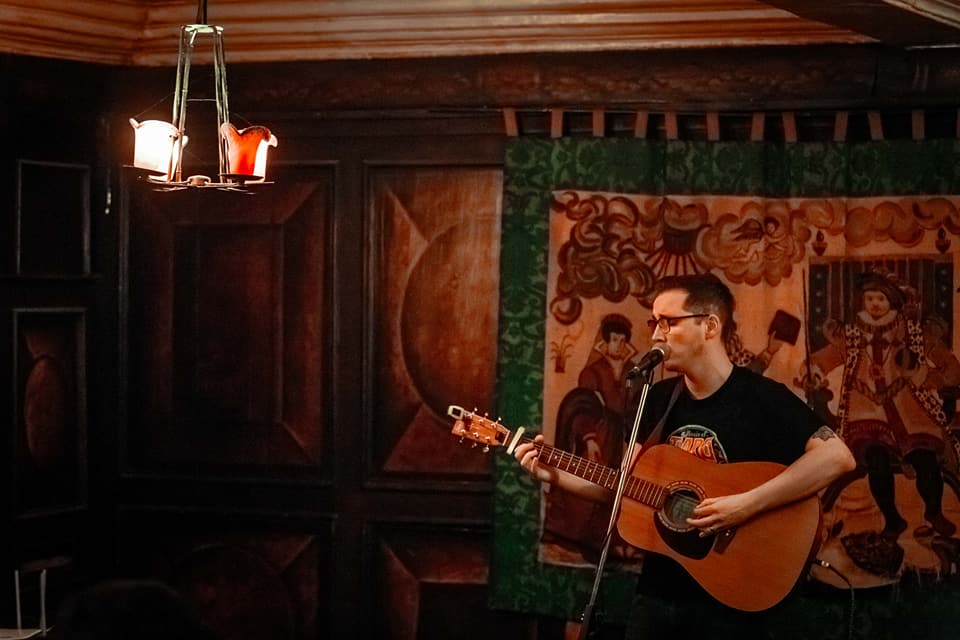 Our good buddy Chris Mather from The River Geese has taken on the organisation of this year’s charity Christmas album, and this year all of the proceeds are being sent to Carecent, a charity which helps homeless and vulnerable people in York. The album features 21 songs, the majority of which are from artists in and around the York area, or friends of the local acts that contributed.

The first song that I want to focus on is Sing Ramona Sing’s Goodwill Hunting. It’s an original song that they released last year and as far as festive songs go, it’s quite hard hitting. It highlights the hypocrisy of us celebrating Christmas, particularly at the end of a year like 2016, without any regard for those less fortunate, especially when we as a society have contributed so heavily to this misfortune. “You’ll sing carols as we turn them from the borders / Pull crackers and pull bodies from the sea / So I have to ask this question in the season of goodwill: / What is your version of goodwill meant to be?” It’s certainly a sombre affair, but it is, in itself, quite beautiful and thought provoking.

Track ten is pretty cool too. I had to idea what to expect from Elle Smart since I’d never heard her sing before. She’s got a great voice, and the chilled out, ukulele version of Walking In A Winter Wonderland with some sweet harmonies from Jonny Gill is a great take on this festive classic.

For me, the best of the covers on here is Chris Laycock’s Merry Christmas Everyone. Chris is a folk act from York with a very distinct voice and style and here he’s taken one of the most popular Christmas songs out there and really put his own stamp on it. Raised on pop-punk and nu-metal, his vocal style is not traditionally folky, more suited to music like his old band Tomorrow We Radio, so he’s already creating an original sound to begin with. When you then take a Christmas song and transform it into your own style, you’re on to a winner! He even made a delightful video to go alongside it too, which you can see below.

Elsewhere on the album Tom McKenzie, who has perfected nice relaxed 60s infused folk pop takes on Fairytale of New York and nails is perfectly with a surprising swagger, Casee Wilson humourously reminds an old foe that they’re not friends just because it’s Christmas and Toby Burras contributes a great cover of Santa Claus is coming to town.

There couldn’t be a better way to soundtrack your Christmas morning, so do yourself a favour and download a copy here: https://diyxmascomplation.bandcamp.com/album/diy-charity-xmas-album