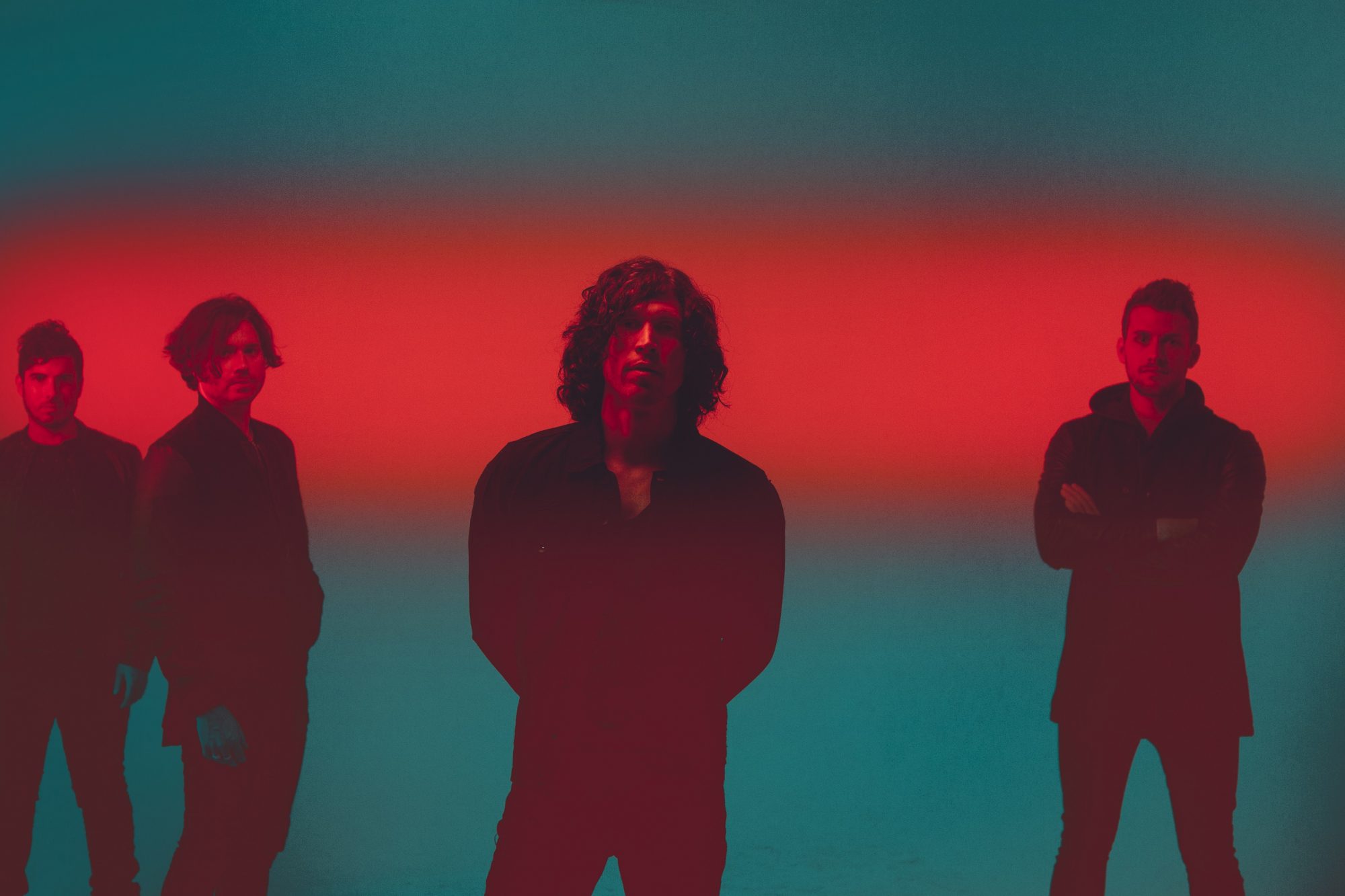 Generally, I don’t usually find myself at hard rock shows. It’s not a genre that I’m particularly fond of, but every now and then a band comes along that makes you take notice. Nothing More are one of those bands. They’ve taken the standard formula of the genre and added their own unique touch. I first saw them supporting Halestorm a few years ago, so when I realised they were playing in Amsterdam while I was there, checking out the show was at the top of my list of things to do.

Psycho Village were the first band on. They played a mix of rock and metal that sounded as though it was taken right out of the early 2000s, which is never a bad thing. They had two big screens onstage which played some very interesting visuals throughout the set, including a lyric video for Its Okay and a tragic story of a teenager who committed suicide after years of bullying during their last song. While it was a nice touch, at times I did find myself more focussed on the screens than the band, which is a shame because they’re very tight and good entertainers in their own right. Definitely a band to keep an eye out for.

Next up were a band from London called In Search Of Sun. Throughout their set they seemed to be having some technical difficulties with the sound onstage, but they showed themselves to be incredibly accomplished musicians as they were still a technically sound band despite not being able to hear anything. They had a decent energy and are good at what they do, but personally I just found it to be a bit flat.

Finally, Nothing More. As soon as frontman Jonny Hawkins came bounding onto the stage and began hammering the additional drums that were set up on some very interesting looking framework at the front of the stage, everyone knew what sort of show we were in for. They launched into opener Christ Copyright and the whole room erupted with an energy that wouldn’t ease off all night.

A lot of bands rely on light shows and pyrotechnics to put on a big rock show, but Nothing More manage to hit those heights without the need for it. They’ve got their own secret weapon – a contraption affectionately known as the bassinator. The framework around the drums at the front of the stage also holds a bass guitar and the band all climb on it and play bass and drums at the same time. It’s an incredible party piece because not only is it delightfully entertaining to watch, it also highlights just how talented these guys are.

A particular highlight for me was the stripped back acoustic version of Just Say When and the big singalong that accompanied it.

On the back of a performance like this, it’s no surprise to see that Nothing More have got three Grammy nominations under their belt this year, all of which start with the title “Best Rock…”. I’m going to assume there isn’t a Grammy for Best Live Band, because if there were, Nothing More would surely have four nominations, not three.

In the 700 capacity room at Amsterdam’s Melkweg venue, there was a strong feeling that this would be one of those “I was there when…” gigs that people refer to when the band are in town selling out the arena in a few years time. Do yourself a favour and go see this band as soon as possible. They won’t be in small rooms for long.