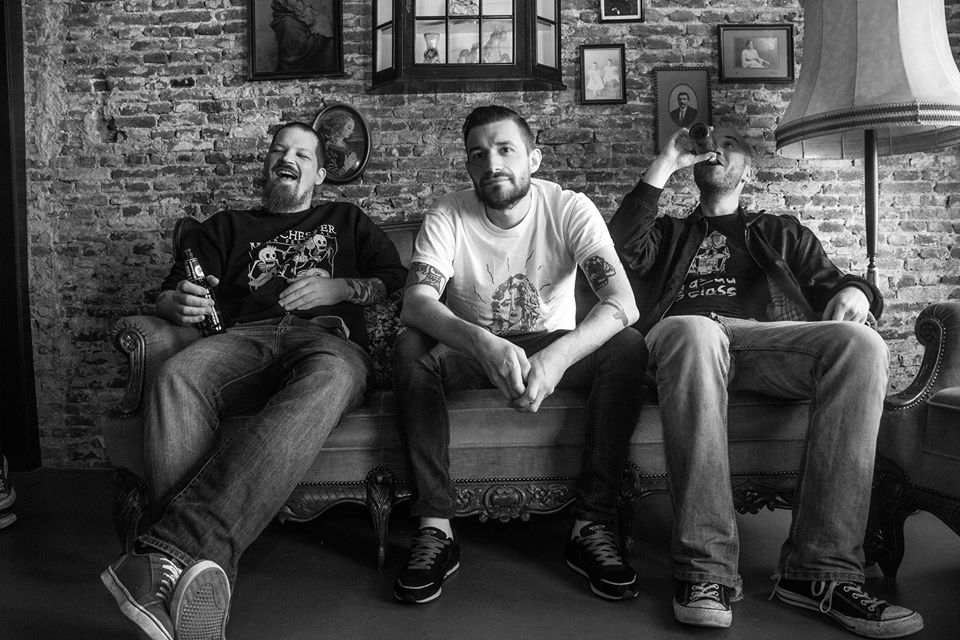 On Saturday the 25th at the underworld in London, the TNS roadshow boasting four incredible bands happened. TNS is a DIY record label based in Manchester, they have many bands signed that are loved up and down the country. Over three weekends, four bands: Roughneck Riot, Faintest Idea, Revenge of the Psychotronic Man and Wonk Unit are playing gigs across the UK. The line-up changes every night so that every band gets to headline at a different venue. At The Underworld Roughneck Riot are first to hit the stage and do the best job of getting the crowd ready for the night ahead. If you’ve never heard them before, you’re definitely missing out. They have everything you’d possibly want from a folk punk band from banjos to mandolins to classic punk guitar and attitude. They raise the bar quite high for the next band.

Second up, we have Faintest Idea, they are a band you never knew you needed! SO entertaining not just to listen to but to watch live as well. It’s really something. Very high energy which in itself makes you want to dance along with them and have a good time. Bring in the music and it’s something bigger. Every song is knocked out of the park, every song is a crowd pleaser. Faintest Idea are a big ball of ska punk goodness and definitely not a band to be missed.

Revenge of the Psychotronic Man switch it up from ska punk and delve into fast, heavy, punk rock, really getting the crowd going. Some of The friendliest Mosh pits and circle pits I’ve ever seen! It’s a really good atmosphere here. There’s a few pinch me moments where the singer says he remembers the start of TNS and how it’s grown into something awesome that hundreds of people can enjoy which is really nice to hear. Revenge are the kind of band you can enjoy with a beer or go absolutely mental to in a mosh pit. This gig has a happy balance of people doing both.

Wonk Unit are last, headlining their home city of London. Not too far away from the previous band, Revenge, they’re fast, heavy, classic punk but with a modern edge. A brilliant headline act that manage to get their crowd in the palm of their hand. They have everyone singing and dancing along and even manage to get an encore at the end despite the strict curfew. There’s something about seeing a punk gig in London (arguably where punk started) that’s a little bit amazing, you definitely feel like you’re part of something big.

A very enjoyable night, after all the bands have played you could go check out the merch stalls all filled with a wide range of stuff from hats to t-shirts, jumpers and patches and CDs. There really is something for everyone on this tour.

With a line-up as excellent as this one it’s no wonder that most if not all the nights on this tour have sold out. For anyone asking the question is punk dead? The answer is simple; Punk is definitely alive and kicking.