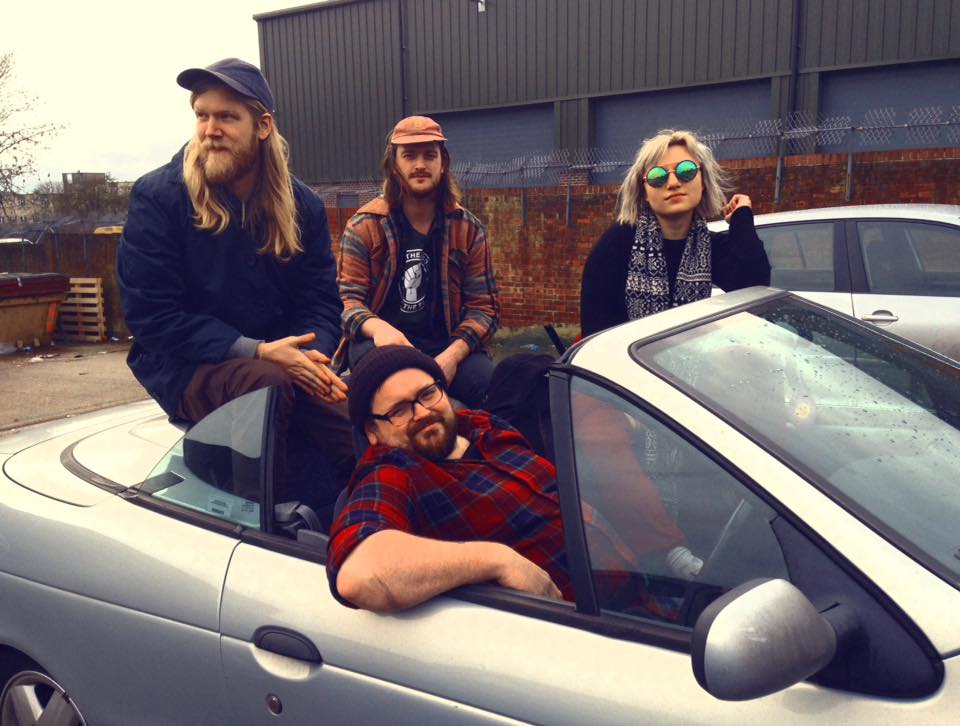 We recently caught up with Giles Bidder of London based punk band Great Cynics to chat about the band’s new album, POSI, staying positive through dark times and what it’s like heading out on tour with your favourite bands…

Hi! Let’s start with an introduction. Who are you and what do you do in Great Cynics?

Hi! I’m Giles and I play guitar and sing in the rock troupe Great Cynics.

You’re about to drop a new album, POSI. How does it compare to your previous releases and is there anything new going on there?

The last few records were written really quickly. We spent more time on ‘POSI’ – Bob and I wrote together for the first time, I mean we’ve written particular parts together before, but this time it was more of a collaborative effort than before. So loads of new stuff is going on there.

Going from the name of the album, I’m assuming there is a theme of positivity running through the songs. Was it quite a difficult to write positive songs when the world around us is getting more and more negative by the day?

You know what, it actually became more of an emphasis. Being millenials, we’ve all grown up in a pretty fucked up world. The more shit gets fucked, the less you have the option to comply to it. Rather than become complacent, it makes you want to do something. Appreciate who’s directly around you, and the things that you can change for the better.

You’ve released a couple of songs from the album already, what made you choose those specific ones?

Only In Memories was the first one, and we released that one because it was one of the first songs we wrote for the record and made sense to us. Butterfly Net is a similar thing – hopefully people are pumped on those.

You’re off on tour with The Bouncing Souls this summer. That’s pretty exciting, right?

Bouncing Souls were the reason why us and our friends at 15 started a band and decided we could book ourselves a tour, get friends to drive and sleep in tents in service station carparks. They gave us the mentality to create your own fun. So I’m really fucking excited, yeah.

What else does 2017 hold for Great Cynics on the back of the release of POSI?

Doing a couple of fun things!

The DIY scene in the UK which you’re a big part of is fucking awesome. There are so many brilliant bands out there that people won’t be aware of, who should we be checking out?

Happy Accidents are amazing, Fresh, Nervus, Austeros – all of which are playing our release shows in London in April

Fnally, a silly question to finish, in the event of a zombie apocalypse, what would be your weapon of choice and why?

Basically the storyline of Shaun Of The Dead. Go to the pub with our friends and let the whole situation blow over. No weapons.