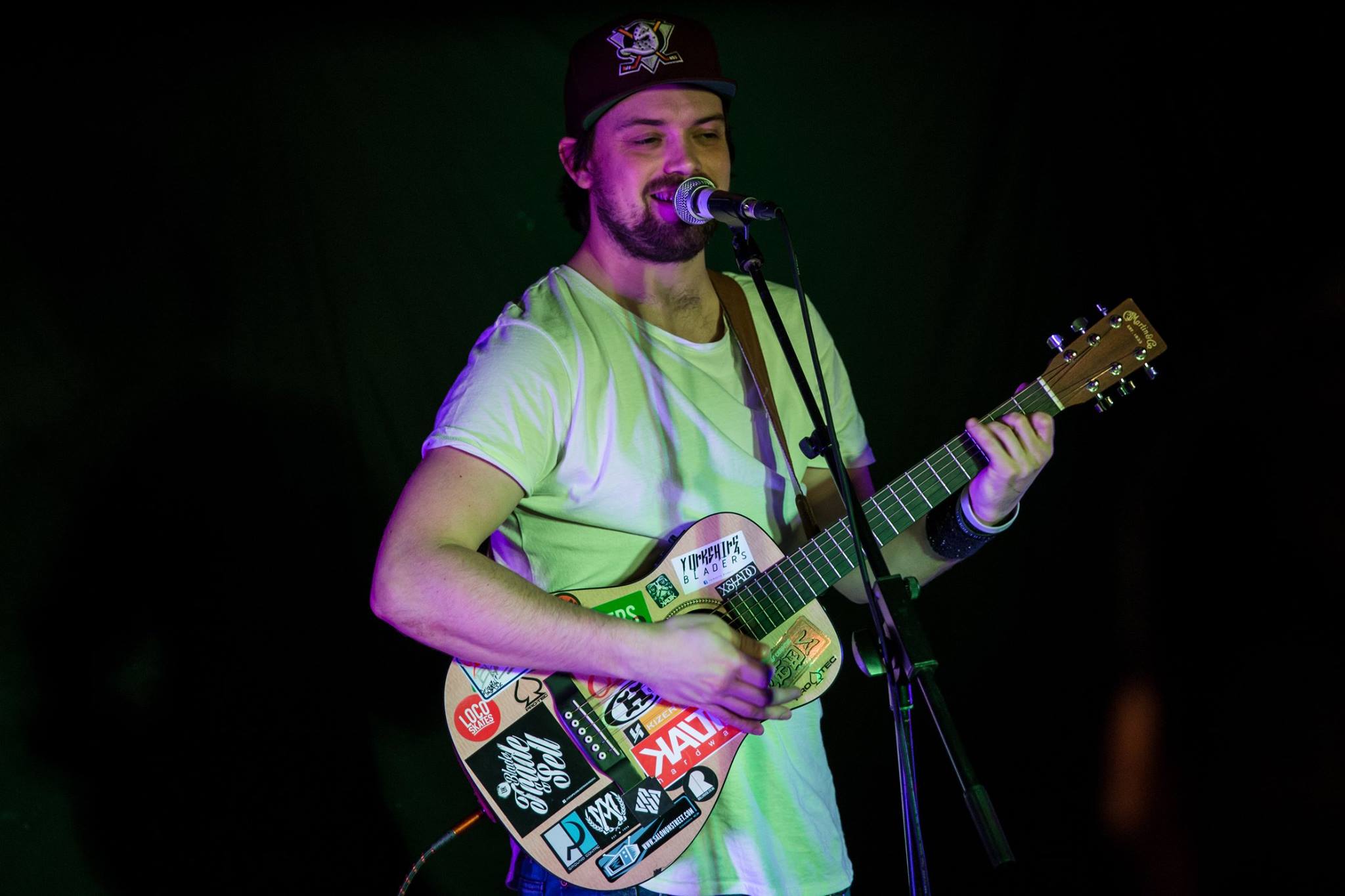 We’ve been a fan of Vinnie Whitehead’s work here at One For The Road for a long time. The eagle eyed amongst you might have noticed that when we re-launched this site back in February, an interview with Vinnie was one of the first features we ran. He’s about to release his new EP, his first substantial release since going solo after the end of his band, Vinnie & The Stars.

When planning a feature on this new EP, I decided to do something a little different. I figured to keep it interesting, I’d have a go at predicting what it would be like before hearing it. When you’re familiar with an artist’s work, you kind of have an idea of what you think their next release is going to sound like. It’s tricky with Vinnie though, because recently I’ve seen him perform as an acoustic singer songwriter, with his rock band Vinnie and The Stars and also as a live hip-hop act with drum loops and samples, so you never really know what you’re going to get. Looking at the track listing, there’s one song that stands out – Fuck The Man. I saw this performed during one of his hip-hop sets, and I remember saying afterwards that the big repetitive chorus and angsty vocals would do well to be accompanied by a loud, heavy guitar, early 00s nu-metal style. Other than that, none of the songs stood out as songs that I’d heard Vinnie play before, so my prediction was that there would be a mixture of hip-hop, acoustic guitars, catchy choruses and a sprinkling of 90s britpop throughout.

Turns out, I’d completely missed the mark. The hip-hop vocals are there, but for the most part this is a big electronic record. The first thing to point out about this EP is that it’s a one man show – written, recorded and produced all by Vinnie himself, in his own house. The second thing to address is that you can’t tell. Many musicians and bands have paid thousands for studio time that has come up short of this sound. It has a big studio vibe to it, which is an incredible achievement for a home recording. Boy got skills.

Opening song ‘Fuck The Man’, while lacking the big distorted heavy riff I desperately wanted it to have, is an excellent song. It’s very synth heavy and the subject matter is a little more political than we’ve seen from Whitehead in the past. That’s a theme which continues into ‘Revolution Blues’, mind. It’s hard to cover new ground when playing the blues, so the riff for Revolution Blues sounds instantly familiar, and is easily comparable to Vinnie & The Stars’ song Paid Slave Blues. For me, RB is the highlight of the EP. I’m a big fan of the way it approaches a left wing political agenda from a slightly different angle than most punk bands would. “Don’t get me wrong I think we need a revolution, but protests and petitions aren’t the solution!” The song highlights the need for political change and points to the fact that something has to be done to oppose the status quo, but also attacks complacency, reminding us that waving a banner in the street or signing an online petition is all well and good, but it’s not enough.

‘I’ve Seen You On Tinder’ is more of the Vinnie Whitehead that we know and love, though. It’s got an upbeat, reggae vibe to it and has a fun, comedy side to it. The lyrics to the song are made up entirely of the bios that one might read when scrolling through Tinder. Some seem nice, some are quite odd and others are downright cringeworthy. I’ve never been on Tinder myself, but I can only assume this lighthearted snapshot is a fine example, and one which anyone who has used the site will find relatable.

Overall, this is a pretty solid EP which demonstrates exactly where Vinnie Whitehead is as a musician right now. It’s got the big choruses, it’s got the hip-hop vocals and it’s got the cheeky charm that Vinnie has built his live performances on for years. Add in a bit of angst about the way in which the world is politically at the moment and this is the outcome. If you liked Vinnie & The Stars, you’ll love this. If your only interest in Vinnie Whitehead is from seeing him with an acoustic guitar, you might struggle with it, but it’s worth a go anyway!