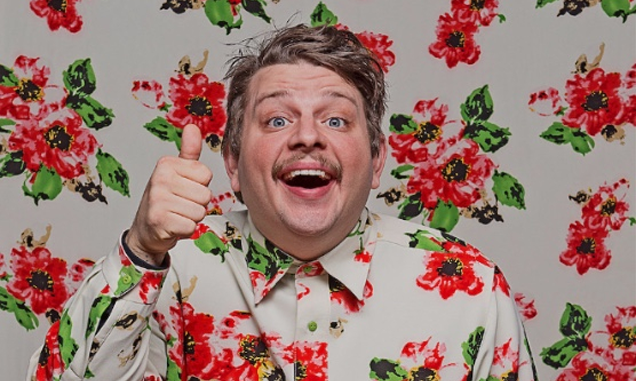 I first came across Derek Zenetti, aka The Homeless Gospel Choir, when he opened up for Anti Flag on their UK tour in 2015. That night I picked up his latest album, I Used To Be So Young, and it’s rare if a week passes in my house without it getting at least one spin on my turntable. The news, then, that THGC was releasing a new record was obviously met with delight.

The first single from the album, title track Normal, has been out for a few weeks already, hinting at what we might expect from the album. It covers a little bit of new ground for The Homeless Gospel Choir, offering something a little bigger, slightly more polished and dare I say accessible to the masses, while still maintaining the raw DIY charm that attracted the old fans to him in the first place. Lyrically, it’s very typically THGC – an honest and frank assessment of what it’s like to be an outsider, a theme which runs throughout this new album.

Something that becomes apparent on the first listen of this record, something which if you’ve seen THGC live you’ll already understand, is that Derek just seems like a genuinely nice guy. The honesty that pours out via the lyrics makes the listener feel a real connection with the artist, particularly in the song Depression when he suggests that anyone struggling with depression and feeling isolated should move to his hometown and be friends with him. It’d be easy for any band to drop lines like that into song, but when THGC does it, you can’t help but believe him.

‘Don’t Know’ is another highlight. It’s a softer, folkier song than what we’re used to with The Homeless Gospel Choir, and the guest appearance from Frank Turner is a nice addition. Frank adds a completely different dimension to the album with his crisp, clean vocal style which is  a nice difference to the raw emotionally charged style of Derek’s voice. The contrasting vocal styles compliment eachother really well to produce a really well rounded song. The contrasting vocals in Don’t Know are actually a good representation of the album as a whole. You’ll be hearing a fast paced punk rock song one minute and then a stripped back acoustic song the next. Given my personal music taste, this is perfect.

Overall, if you’re checking out The Homeless Gospel Choir for the first time after enjoying lead single ‘Normal’, there’s a chance that not everything here is for you, but if you like your punk rock honest and relatable, performed with substance over style, then there’s a good chance that you’ve just discovered your new favourite singer.