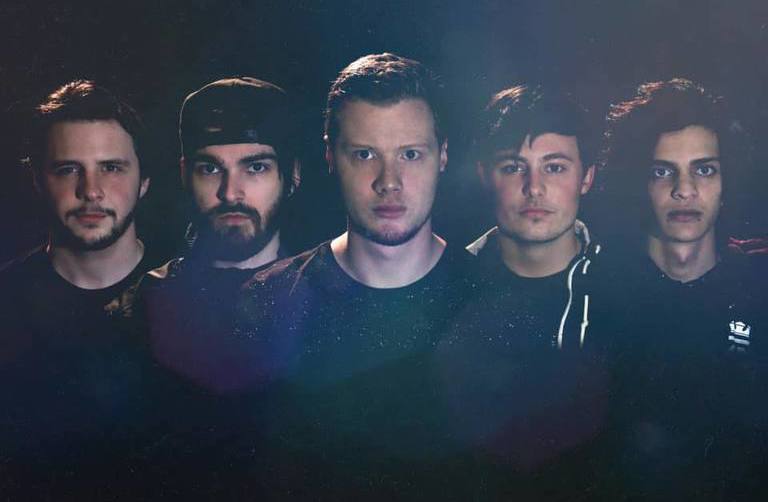 We’re getting really excited for Jera on Air now, so we figured it would be a good time to catch up with the band that won this year’s battle of the bands event to open the main stage, Another Now. We spoke to Rik and Stef about the festival, their local scene in Eindhoven and what the rest of the year holds for the band…

Hello! Congratulations on winning the Guts & Glory contest to play at Jera on Air. For anyone not familiar with your band, could you tell us a little bit about your sound an influences?

Thank you so much! It means a lot to us we get to play the festival. We’ve only really been an active band for about 6 months, so this is a crazy opportunity. What’s important to us about our music is that we all get to vent our creativity and energy and funnel it down into this cool music that only the combination of us together could create. We love to push the boundaries of heavy music and try to keep it as fresh, modern and progressive as we can.

You’re opening the main stage at Jera on Air, playing alongside some incredible bands this year. What can people expect from your show?

It’s a lot of pressure to open for these amazing bands, but we’re going to make sure to bring all the energy and good vibes we can! It’s definitely gonna be a blast.

Have you been to Jera on Air before? What are your experiences of the festival?

Rik: I was planning to go last year with our lead guitarist and drummer, but they had to go without me ‘cause I was stuck at work for a last minute job that came in. I heard they had a really good time, especially seeing Crystal Lake, one of our favorite bands, for the first time. Looking back, I totally should have gone with them anyway, because I left that job maybe two weeks after that.

Stef: It’s actually kind of embarrassing to admit that I have never been to Jera. Perhaps it’s a lame excuse but I never went because it ALWAYS happened to be during the weekend right before my exams and tests. I’m such a control freak that I want to do well in everything that I do that I always had to give school everything I’ve got. Luckily I graduated earlier this year so now I have a lot of free time and finally get to go to Jera and even play there myself, which is crazy! All five of us are going to be there for the whole weekend, so it’s gonna be a party!

Which bands are you particularly excited about seeing at Jera on Air?

Like I said, we are all huge fans of Crystal Lake, so they are definitely our highlight this year without a doubt. They are the second band after us on the main stage, so you know we’re gonna be checking them out from the side of the stage! Knowing we’ll share the same stage is such a crazy thought as well. We’re also very stoked to see Parkway Drive with their huge show, Polaris, Whitechapel, Beartooth, Our Hollow Our Home and many more. The line-up is once again amazing this year.

After the festival, what does the rest of the year hold for Another Now? Any plans for touring or releasing new music?

We’re planning on one more release this year, to properly finish up our first year as an active band. We can’t say yet when it’s going to drop, but we’re working hard on giving people, and especially the fans, something special, and a little more than we have given them until now. Both in heaviness and melodically we’re gonna kick it up a notch, so we’re pretty excited about it. Aside from that we’ll be playing some more shows, and later in the year we’re participating in the national Popronde tour with a ton of dates all around the country, so that’s gonna be a blast as well, connecting with new audiences.

You’re based in Eindhoven – what is the music scene like there? Are there any exciting local bands that our readers should be checking out?

Even though it’s been a while since the metalcore scene here was booming, we played Eindhoven two times the past months, and the energy was really great. It definitely showed us that the people here are still really excited about heavy music. Of course the Metal Factory music college in the Dynamo building in the middle of the city is there for a reason! Eindhoven is also the hometown of some great heavy bands like The Royal, Inferum, Sisters of Suffocation and Doodswens. Definitely all worth checking out.

Unfortunately, there have been a lot of stories and allegations over the past couple of years about the inappropriate behaviour of many people in bands abusing their position of power/influence. Do you feel that there’s an extra responsibility on bands now to ensure that not only gigs, but the music scene in general is a place where people can feel safe, and stamp out any untoward behaviour?

Speaking out about things that cross the line, is always a good thing. I think everyone in general, no matter who or where you are, has the responsibility to make others feel safe. If you’re someone that other people look up to, then yeah, especially then it’s always a good thing to speak out about stuff like this. At the end of the day it’s everyone’s responsibility to keep an eye out for people getting involved in the wrong kind of behavioural patterns. We as people have to educate each other on what is proper behaviour and what not.

And to change the tone completely, Hollywood calls, they’re making Another Now: The Movie and you’re in charge of casting. Who stars as the band?

Stef: Chris Hemsworth should play me. I always wanted to have muscles. For Rik, Tom Holland if he can grow a beard.

Rik: Shaqil should be played by Jaden Smith with some longer hair, for that artsy, hipster anime quirkiness. The guy who plays Rafael from that Brazilian series 3% sometimes reminds me of Miquell, so it’s gotta be that guy, but I’m not sure if his English is gonna allow that. Guyon might look a bit like Chris Evans from certain angles with some creative lighting. This is gonna be the messiest cast ever haha. They’ll just have to get rid of the age differences between the cast members with some good CGI. Man, we should Photoshop this.

Don’t forget to check us out at Jera on Air and stay tuned for a heavy release later this year! We’re gonna be at Jera for the whole weekend  so come say Hi and grab a drink with us!!