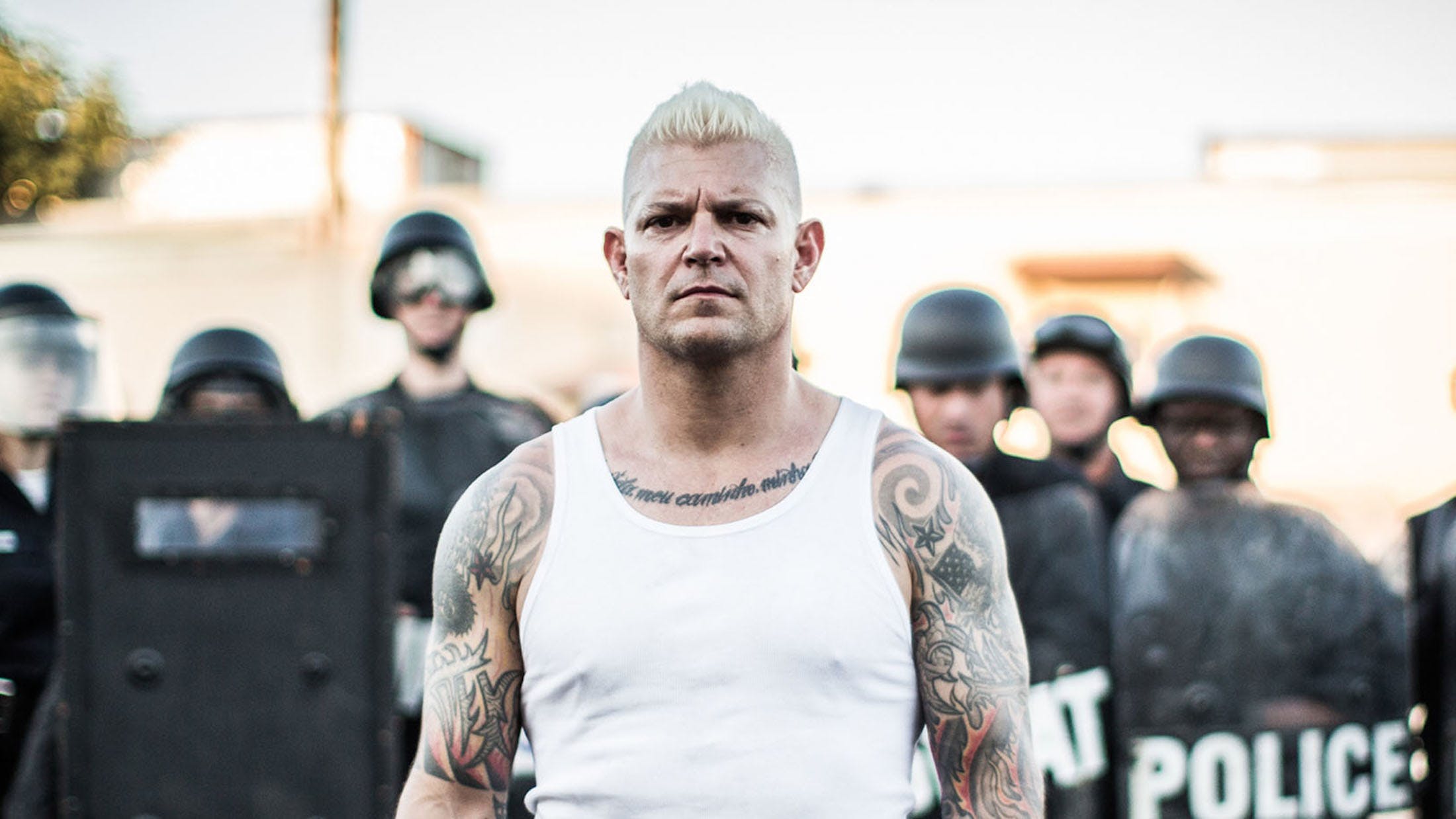 Ahead of his set on the main stage at this year’s Jera on Air Festival, we caught up with the legend that is Billy Biohazard to talk about the festival, his new band and how healthy the scene is right now…

Hey Billy, thanks for taking the time to speak to us. You’re currently on the road in Europe, how have the shows been so far?

The shows have been great. It’s ballsy to go out as a headliner with your debut album but it gives me a chance to not be confined to playing only 40 minutes. I get to play the whole BillyBio album ‘Feed the Fire’ along with some rare songs I’ve never done before and some Biohazard classics. I love playing longer than Biohazard ever did!

At the end of this run you’re playing at Jera on Air Festival. What are you expecting from that show?

I never expect anything from a crowd, I just give it everything I have, all my passion, my energy and if the crowd responds with the same energy back, it becomes an amazing cycle of energy that grows! That’s what I strive for! Nothing less!

The line-up for Jera on Air this year is really strong, is there anyone in particular that you’re looking forward to seeing, if you get the chance?

You’re playing early on the main stage – what’s it like playing an early slot at a festival when you’re in the swing of a headline tour, going onstage at least eight hours earlier than the night before?

It’s the same for me if I’m playing in your backyard or if I’m headlining Download Festival in front of 60k people… I love it all!

Festivals like Jera on Air always have a strong hardcore line-up with the likes of Terror, Madball, Agnostic Front etc. What’s your assessment on the strength of the scene outside of the obvious names? Are there any up and coming bands that you’ve seen that look like they could eventually step up to those slots when the veterans finally call it a day?

Yeah, I’d say Fever 333, Not on Tour… there’s a lot here also I’d like to see. Turnstile I love but they’re not so up and coming anymore, been around for a while.

Of course, you’ve been doing this for a long time, but BillyBio as a project is still very new. How have you found going back to basics, and has there been any unexpected challenges that you’ve found as a ‘new’ band?

I love being in a van and having to work the crowd. But, I’m lucky to have a lot of friends around!

What does the rest of the year hold for you after this European tour?

Working on another European tour for the fall and constantly writing new BillyBio and Powerflo songs.

Hollywood calls, they’re making BillyBio: The Movie and you’re in charge of casting. Who stars as you?

Follow me on social media, it’s me on there talking with you, not some intern at a big management company, and definitely not some egomaniac rockstar who only wants your praise! Thank you for the support. Check me out here: https://linktr.ee/billybiohazard