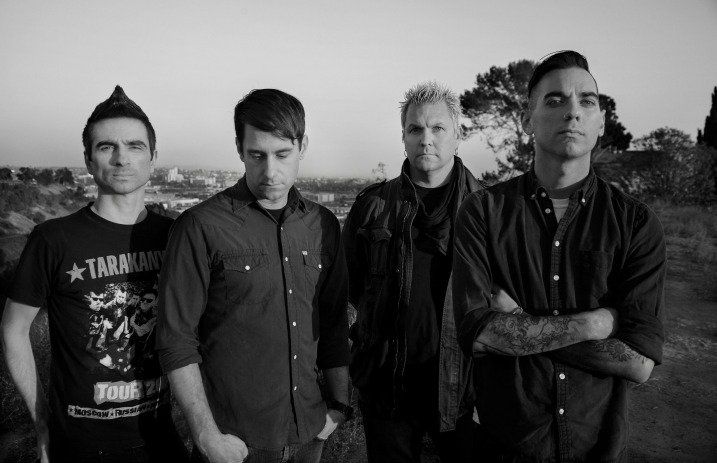 I don’t usually go for live albums. They very rarely capture the energy of the show, and you’re left listening to an average recording of songs filled with background noise and imperfections. That said, there aren’t many bands out there who are as good live as Anti Flag, so I was more than willing to give this one a chance.

It kicks off with The Press Corpse, a fan favourite. As soon as it starts I instantly feel a bit silly suggesting that live albums don’t quite capture the energy of a live show. In this live recording you can really hear the passion and aggression that can sometimes get lost in the studio. It’s nice to hear the links between songs too; hearing Justin Sane and Chris #2 speak to the audience about unity and taking care of eachother is a key part of the Anti Flag show.

Anti Flag have so many great songs that it’s difficult to pick 13 songs that would make up the perfect live set, but this isn’t far off. There are some notable absences, but the title ‘Volume 1’ suggesting that there could be more of these to come, there’s still time to capture the likes of Turncoat and This Is The End on future releases.

The album was released on the same day that Donald fucking Trump took office, adding emphasis to the fact that bands like Anti Flag, and people coming together to show unity, whether it’s at a punk show or anywhere else, is more important that ever right now.