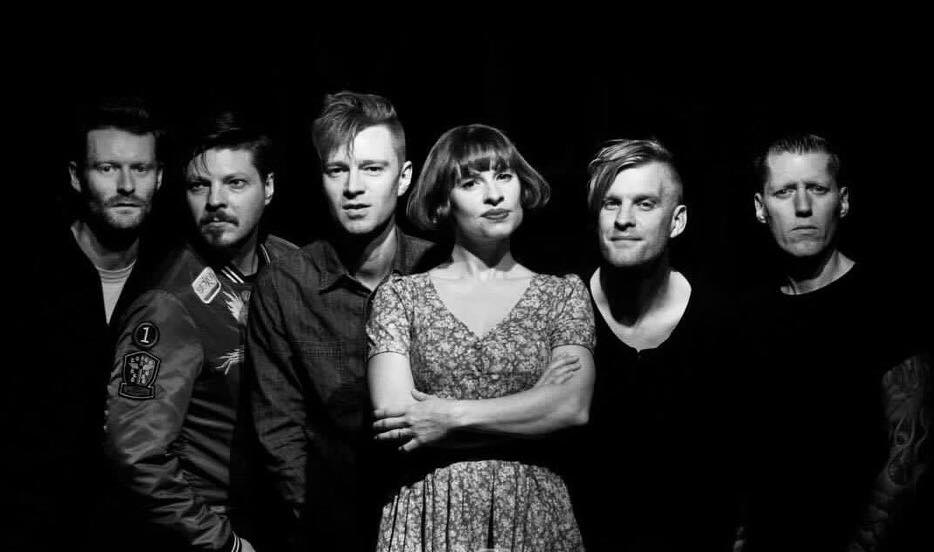 When the Double Trouble Tour featuring Beans on Toast and Skinny Lister was announced, it seemed like a match made in heaven. They’ve played a lot of shows together anyway, so the chance to make a real event out of it just seemed like a great idea. I’ve seen Beans play loads of times, and he’s definitely a favourite of mine. Skinny Lister on the other hand are a band that have passed me by a bit. I saw them play at Groezrock Festival earlier this year and they were incredible, so there’s no real excuse for why I’ve not given them the time and attention they deserve. Unfortunately, this show ended up with me continuing that run due to an unexpected last minute reliance on public transport which meant I had to leave part way through their set.

Skinny Lister & Beans on Toast were the only acts on the bill, both playing full length headline sets, which was nice. As I’ve already mentioned, I’ve seen Beans on Toast a bunch of times before and never been disappointed. Every time in the past has been a solo show, I’ve somehow never even seen him play with Bobby Banjo, so when he walked onstage followed by four other band members, I instantly knew that this would be something a bit different. During his 75 minute set he made full use of the band, made up of Bobby Banjo on guitar, as well as a piano player, violinist and Max from Skinny Lister on accordion. At times he was on his own, there were songs just him and piano, just him and Bobby Banjo (playing guitar, not banjo!) and plenty with all four members of the band behind him.

Beans on Toast is a thoroughly entertaining and engaging performer, so the long set seemed to fly by. Songs from the new album which has yet to be released, including a song about potential plans for fracking in Sherwood Forest, seemed to go down just as well as old favourites like A Whole Lotta Loving and Blowjob For The Blues. If you’ve seen Beans play before, it’ll come as no surprise that the crowd reception for MDMAmazing was the best – I don’t get it personally, I think he’s got many songs that are much better than that one, but everyone else seems to enjoy it.

If I were forced to find something to criticise – and I kind of am in order to offer a balanced review – I’d say that the constant changing of band members onstage could have been thought out a little more. On one hand it was nice to mix it up a bit and go with so many variations of musicians for different songs, but at times it did make the set feel a little disjointed. It wasn’t really an issue though, because Beans on Toast’s charisma and charm pulled it through. Besides, it was day one of the tour, I’m sure they’ll figure it out.

Since I only saw part of their set, I’ll get straight to the point with Skinny Lister: you’ll struggle to find a more entertaining live band in the UK right now. From the moment they came onstage they were just a massive bundle of energy. Tragedy In A Minor stood out as a particular highlight, but the overall stage presence of the band, particularly vocalist Lorna Thomas, is what makes Skinny Lister such a fun live band.

As a music fan, one of my favourite things to see at a gig is a band that look like they’re having just as much fun as the audience that they’re playing to. Not all bands do, but as long as they’re playing well and the audience is happy, it’s not really a big deal. Based on this showing, at your average Skinny Lister gig the roles are reversed. The band onstage are having the time of their life, and as an audience you’re challenged to raise your levels to that of the band. When the band is this good live, it’s not hard.