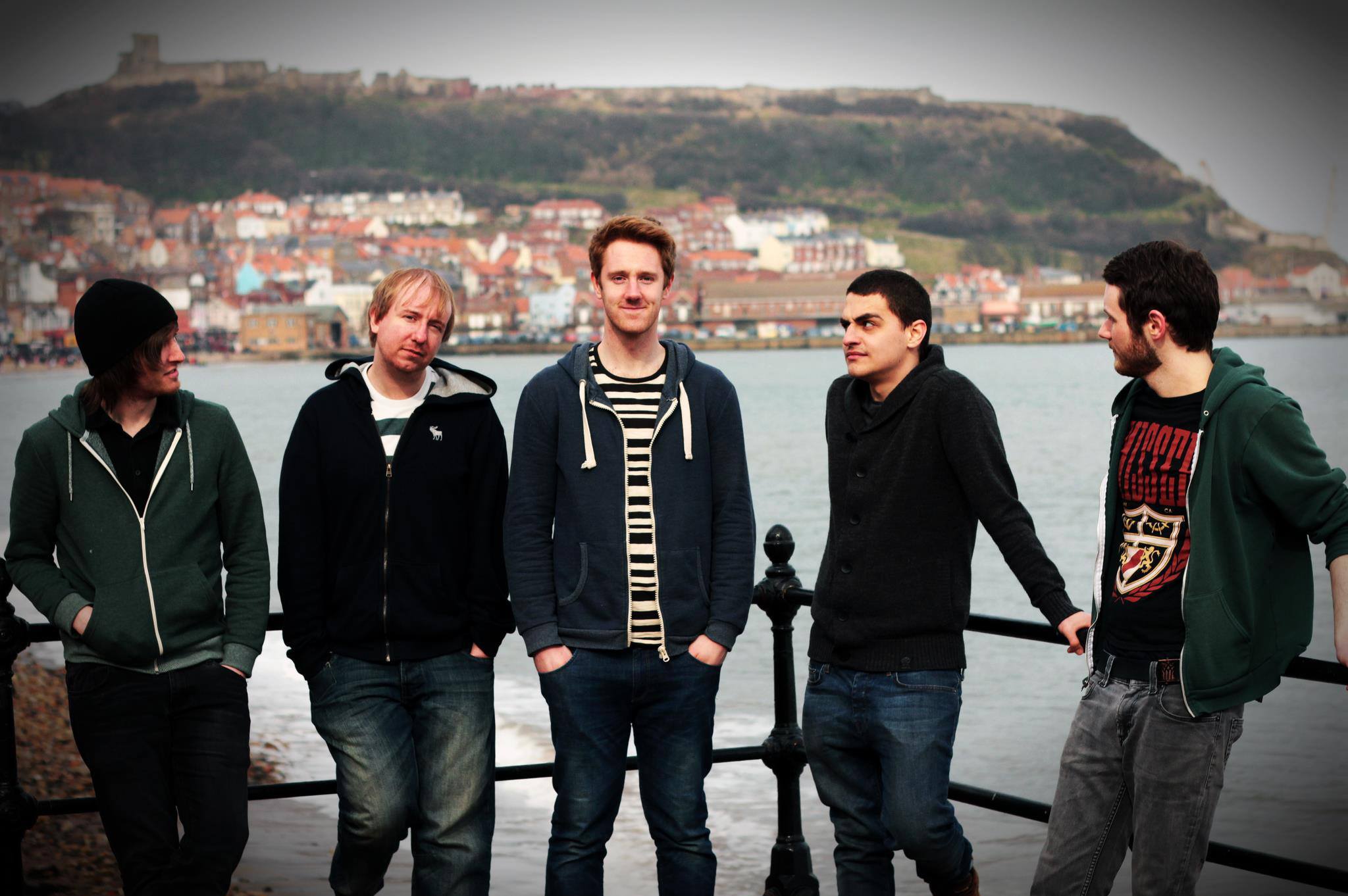 Hello Lee and Chris! How the hell are you?

Chris [Vocals]: Really good, feeling 25 again…or however old we were last time we did this.

Tomorrow We Radio are about to play a one off reunion show! Excited?

L: I’ve been counting it down for months now, we’re all a bit giddy. I think towards the end of our run we were all getting a bit too serious and short with each other, this has been the perfect opportunity to reconnect and just get back to making each other laugh and enjoy each others company.

C: Very excited, definitely. Like Lee says everything became very serious and business like at the end of our last run. This has been a return to really enjoying music, and playing it with great friends.

Aside from us asking you to do it, what inspired Tomorrow We Radio to play again?

L: When the band stopped it took people by surprise…at least i think it did, and the amount of confused messages i received at the time seemed to confirm this… we’ve maybe flirted with the idea once or twice over the last 5 years to do one last send off – but when you approached us for this fundraiser it just seemed like the planets aligned, we were all free and everyone was so quick to say yes without thinking about much of it really.

C: The chance to go out on better terms was a real appeal. By that I simply mean playing a gig, rather than making a Facebook announcement…like we did. It’s a great cause to come back for too, we were involved in a past fundraising gig with you for the charity and it really took little thinking to say yes to this.

It’s been a while – what can we expect from a Tomorrow We Radio gig?

L: We’ve been looking into getting pyrotechnics… well I have… I suspect the guys are humouring me. We’ll be playing quite a mix of our old catalogue, bits from each phase our band life, and probably lots of chatting shit, just like the old times, except even less of a filter.

C: Yeah, really more of the same. I dare say we were as entertaining to watch as listen to live. It’s going to be a lot of energy…there’s a few years worth to release!

How much of a challenge was it having to re-learn all the songs after five years?

L: Strangely we picked up right where we left off, it’s been one of the strangest experiences of anything musical I’ve ever done. Largely we’ve brought 5 years more experience to the band, Me Matt and James haven’t really stopped gigging and writing since, so you could argue we’re better than ever. Not for me to say though, I suppose.

C: It has been surprisingly easy. We did play these songs a lot though, so it’s the old riding a bike theory probably. Hopefully I don’t forget all the words on the night, now I’m on record saying that.

Is this definitely a one off, or has being back in the practice room made you want to do more with TWR?

L: Never say never, it’s been a blast getting back together and just talking with each other more, the best memories of my early twenties are being stuck in a van or strangers house with these guys, but its more than likely this is the last time we’ll ever play together.

C: I mean, if you’re thinking of not coming because we might do more… just come to this one. Like Lee said, so many of the guys are still busy with other things it’s hard to fit this back in. I’d love to carry on, I think we all would. The focus has really been on making this the best gig we can play though, and treating it like the last.

Lee, you’re also pulling a double shift, playing two sets back to back with TWR and your current band Feed Them To The Forest. Do you have the stamina?

L: It’s like your current wife meeting your ex-wife isn’t it? Is it? I don’t really know. Yeah, it’s going to be great. My cover band plays for over 2 hours so this will be a breeze, just the mental game of being the best I can be with both bands to consider, and knowing this is the last time – I’m up for it. If people like any of the music I’ve been a part of for the last ten years its going to be a great 90 minutes.

C: From my experience Lee’s ego has the stamina of a marathon runner, with all that stage time… he’ll be fine!

The line-up for this year’s MNDA Fundraiser is incredible. Who are you looking forward to seeing?

L: Martin Wainwright, my very very good friend is doing a set the night before, I’ll be going to see that. I caught Segregates a few months back and thought they were incredible, going to be a tough act to follow for sure.

C: Sing Ramona Sing and The River Geese on Thursday are two acts I love. Tom, Casee and Martin on the Friday are all people I love to watch too, and often have at the monthly Shhhh! night we run at the Black Swan. The Saturday is rammed with great bands, and reunions – there’s not a lot to dislike. Can I just say everyone, and perch myself on the fence?

Hollywood calls. They’re making Tomorrow We Radio: The Movie and you’re in charge of casting. Who plays the band?

L: I’d like to play the part of one of the other guys, it’s a perfect time to settle some old scores. Bass legend Robson Michaels, probably.

C: I imagine I’d be played by John Cena, and Lee by Dwayne ‘The Rock’ Johnson. We have similar physiques.