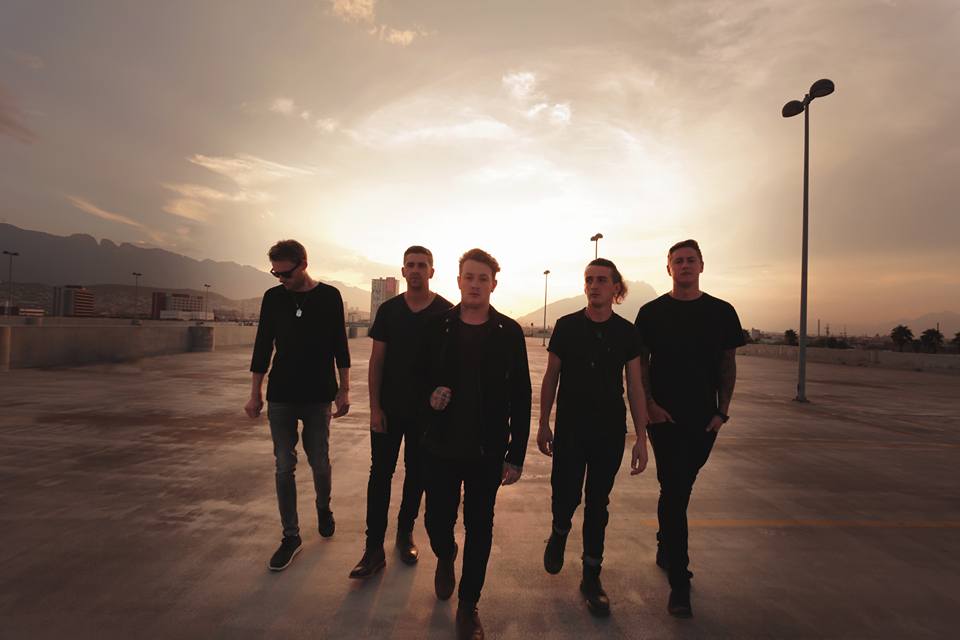 The doors for this show were early. Really early. I arrived a little after 6:30pm and the opening act, Holiday Oscar, had already started. I wasn’t familiar with Holiday Oscar before tonight, but his quirky acoustic folk-pop songs made for an enjoyable start to the evening. He mentioned that he hadn’t played many shows, but you couldn’t tell; he seemed at home on the stage. I’m not sure how much of a lasting impression he would have had on the crowd, but I thoroughly enjoyed it and will be keeping an eye on his career.

Next up were Dead!, a band who I’ve been aware of for a while but never managed to catch live. It’s obvious why this band are making waves on the scene at the minute. Their set was packed full of massive sounding pop-rock songs which had much of the crowd dancing. The set was very polished and full of energy with ‘Something More Original’ being a particular highlight. They might have been the support act tonight, but these boys better get used to stages this size, because they’ll be gracing them as headliners before long.

Next up were the main event, walking out to a sold out crowd of 1,500 people. It’s the band’s first UK show for quite a while. I last saw them play in November 2015 at The Wardrobe in Leeds under similar circumstances, having taken quite a while out. This time though, they’re back with a new album. Kicking off with ‘Ashes, Ashes’ and then ‘Trigger’, the crowd were instantly hooked. The set was packed with massive sounding songs from their last album, ‘Old Souls’, but it was the new songs which seemed to get the crowd going the most.

The aforementioned ‘Ashes, Ashes’ and ‘Trigger’ sounded massive, and ‘Happiness’ and ‘St Paul’s’ didn’t disappoint. The main thing of note from this show though is how grateful the band are that people actually give a shit about them. Singer James Veck-Gilodi was practically speechless between every song, only able to tell the crowd just how much it means to them as a band to be able to play shows like this. For some bands, it’s just part of what they say on stage every night, for Deaf Havana it just seems real.

When the band left the stage before the encore the chants for more were deafening. They returned to the stage with ‘Boston Square’, ‘Sing’ and closer ‘Pensacola, 2013’ and proved that there’s a reason that there new album entered the UK charts in the Top 10 recently. The past hasn’t been plain sailing for Deaf Havana, but if they continue like this, the future certainly will be.