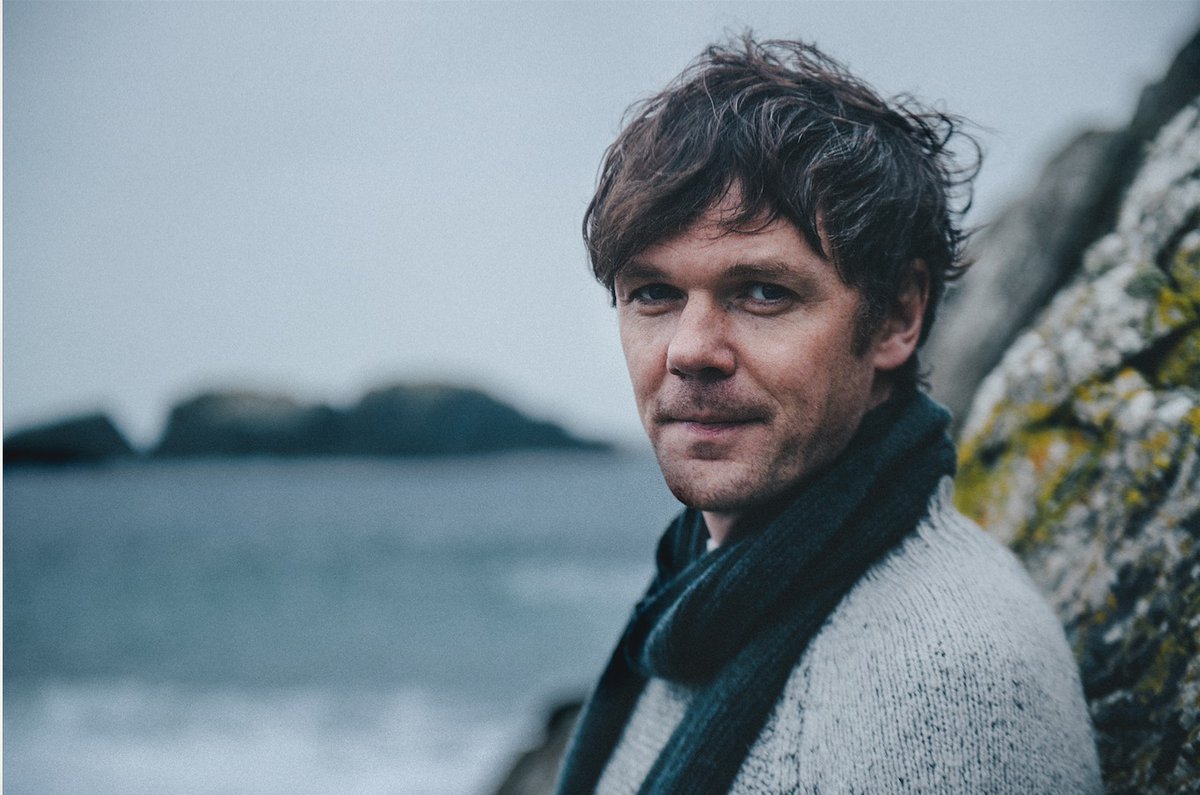 Now then. Time to have a look at what gigs York has got going on, for the month of March. What I’ve done here is selected one gig from each promoter, which I have examined in detail. I have then also left ways for you to see their entire gig listings, to see if anything else of theirs takes your fancy. There’s a lot of stuff happening in York, and I’m sure there are promoters/gigs that I have missed. If that is the case, please email me at behindthewhitedoor@gmail.com and I will make sure I add all of your future events to my list. You can count on me buddy. There’s advantages to having an obsessive personality.

Behind The White Door – both shows are at The Fulford Arms and are free entry
–
2nd March 2017 – Avalanche Party, The Black Lagoons, Unqualified Nurse Band, Moriacana
–
21st March 2017 – X Ray Cat Trio, Glue Horse, Milk Lizards, The Beams
–
Yep, that’s right, my promotion comes first. Oh fuck off. Don’t like it, move on to the next paragraph. I spend the time writing this thing, I give myself the first spot. Deal with it.
–
So me and Naomi have two shows in March (as we do in most months) but the one I would like to talk some blah about is our show on the 21st of March. For this event, we have the return of the spookiest rockabilly band around; X Ray Cat Trio. These guys have been around longer than sliced bread, and are the best thing since it. You can just imagine them playing a set in a smoke-filled dive bar somewhere on the east coast of America. But they are doing it for you, right here, in York. In support are 3 bands (as per usual at a Behind The White Door event) and these bands are as follows. Milk Lizards from Sunderland, who are returning very quickly to us after their blinding display of blistering surf rock in January. These guys are super skilled and we were totally blown away by them in January, so much that we asked them back literally the next day. Also on the bill is Glue Horse, which is the new band from Dan Palethorpe and Phil Grosset (ex-Hoolivans). Nobody is really sure what they are going to sound like, but you can rest assured it will be weird. Finally, we have a debut from a band called The Beams, who describe themselves as “Nashville Sci-fi”. Their sound seems very interesting from their demos.
– –
BGB
–
24th March 2017 – 2 Sick Monkeys, System Paralysis, And The Hangnails, TC6
The Fulford Arms – £5 on the door
–
Aaron Brown and his BGB crew are bringing a giant of a punk rock show to us on the 24th of March. Here we see 2 Sick Monkeys from Swindon, who are sadly calling it a day next year after 1000+ gigs. These guys are a drummer and a bass player, who play stripped-back anarcho thrash punk. Really worth seeing them before they go to band heaven (or rather hell!). In support are System Paralysis from Hull, who play furious ska punk with splashes of metal. York’s own And The Hangnails will also play, who really need no introduction with their fantastically tight displays of punk rock grit. TC6 (formerly The Puddins) are in the opening slot for this. Their music is like a cross between GG Allin and Amen. Very high energy and with huge riffs to match. This show is not for those who want to see some nicely dressed posh boys playing Kings Of Leon covers, this is a show for the real underground music lovers out there. Aaron Brown has been supplying York with the best punk rock the country has to offer, and he continues to bang away on his promotional drum.
–
TV’s OVER
–
7th March 2017 – Sleeptalking, Mesmer Disciples, The Regime, Ballista
The Fulford Arms
–
24th March – The Ramonas, Nervous Twitch, Clash City Rockers
Crescent Community Venue
–
25th March – Duncan Reid and the Big Heads, The Fuckwits, The Twistettes
The Fulford Arms
–
Chris Jones at TV’s Over brings the very best in classic punk rock to York. This month sees three shows from him, but the one that wets my whistle the most is Duncan Reid and The Bigheads on the 25th of March. This band are at legendary status on the punk circuit, and always put on a show that’s worth watching. If you’ve not heard of them before, you can’t really say you’re into classic punk rock! In support comes The Fuckwits from Sheffield, who easily win the award for spikiest hair. Their music is a mash up of punk rock and reggae. Opening the event are The Twistettes from Glasgow Scotland. This is the band on this show that I am most excited to see. It’s a frenzied bass and drums racket, with a Poly Styrene-esque vocal yelped over the top. Unfortunately, Chris hasn’t sent me any prices for his events, but you can be sure that they will all be worth whatever the door fee is.
–
Please Please You
–
8th March – Frontier Ruckus, Boss Caine
The Fulford Arms – £6 advance tickets
–
12th March – Roddy Woomble (Idlewild)
Crescent Community Venue – £15 advance tickets
–
15th March – Blown Out, Soma Crew, DJ Paul Fuzz
Crescent Community Venue – £6 advance tickets
–
18th March – Mik Artistik’s Ego Trip, The Wharf Street Galaxy Band
Crescent Community Venue – £8 advance tickets
–
22nd March – Amber Arcades
The Basement – £7.50 advance tickets
–
30th March – Devon Sproule
The Basement – £11 advance tickets
–
Old Joe’s not fucking about. He’s got 6 gigs booked for March. Please Please You dominates the local gig scene, and with good reason. Joe has worked bloody hard over the years to get decent bands to York, and his continued gold mines of shows stand testament to this. My pick of the bunch here is the arrival of one Roddy Woomble. Now, I am not a fan of acoustic music, but you will probably see me at this gig. Purely because Roddy’s band Idlewild shaped a huge part of my teenage years. It was so cool when they got into the charts with Actually It’s Darkness. I love it when a band who are actually decent, breaks through into the mainstream like that. This guy is a genuine celebrity. He’s made a living from his music. I might throw my knickers at him. I probably won’t. Mainly because I won’t be wearing any in anticipation.
– Pewter City Promotions
–
22nd March – Petrol Girls plus more tbc
Dusk
–
Henry and Nick used to put gigs on under Who Killed (insert word) Moose? But Henry has since gone out on his own, to form Pewter City Promotions. The name is a reference to his band Pewter City Punks, which is a reference to Henry’s beloved Pokemon. References all round. In March, he is bringing us Petrol Girls. These crazy cats need no introduction. They have toured relentlessly, everywhere for the past few years. Their music is punk rock and indie mixed with that all important Riot Grrrl style, that gives this band it’s razor sharp edge. They remind me a bit of Skunk Anansie for anyone who remembers that mental quartet. If you’re into politically charged indie punk, that is aggressive and powerful in it’s approach, then this is the gig for you. It’s all Henry has for March, but it will be a banger.
–
One For The Road
–
25th March – Greg Rekus & Tim Holehouse
The Black Swan
–
31st March – Jonny Gill, Tom McKenzie, Sand Creature
The Black Swan
–
The editor of this website has two of his  acoustic gigs in March. The one I would like to focus on is Greg Rekus. Greg is a Canadian punk/folk singer and guitarist. His sound has that classic pop punk bounce to it, almost like an acoustic version of bands like Sum 41, New Found Glory, all the shiz that Craig loves. The guitar sound on his recordings is verging on being distorted and sounds very authentic, like it’s been recorded no nonsense, in one take. I imagine this gig will be great for anyone who likes their acoustic guitar pop punk boppers. It would appear that Greg also used to be in a band, so I imagine he’ll have a few crazy stories to tell in between his songs.
–
Odd Horizon
–
2nd March – Kermes, Pivni Armchairs, Me Rex
Dusk
–
16th March – Rebecka Reinhard, Crake
Fossgate Social
–
Daniel Johnson (aka Odd Horizon) has got two gigs in March. He’s also got a keen eye for a tagline when he sees one. Nudge nudge, wink wink. 2nd of March sees him bring us some jangly queerpop in the form of Kermes, but the show that takes my fancy is Rebecka Reinhard and Crake. A chilled out singer/songwriter, Rebecka is playing at Fossgate Social (they do the best coffee!) and she’s being supported by Crake, who are a Wakefield supergroup, comprised of members of Mi Mye and Post War Glamour Girls. It sounds an interesting match up in an interesting location. Also, did I mention the coffee?
–
On the 31st of March, we have a show being put on by the York band Amongst Thieves. It’s at The Fulford Arms and is their album launch show. There isn’t an event page, so I don’t know much about it, but Feed Them To The Forest are supporting. These guys are a high-energy pop punk band, so anyone who likes a bit of sunshine and bounce to their music, should head along to this gig. I will probably be there. Quite fancy a bit of bounce. Also, Mike Harmer.
–
That’s what York is looking like for March. I have only included gigs from promoters that I know of here, or events that are on my radar, but please, if I have missed any of you out and you want to be included, email me and I’ll pester Craig to add your event(s). Failing that, let me know about your gigs for April. Eventually I want this list to be an absolute pain in the arse to put together, because loads of people are telling me about their gigs and there’s loads to cover. But we’ve got to start somewhere, right?!
–
–