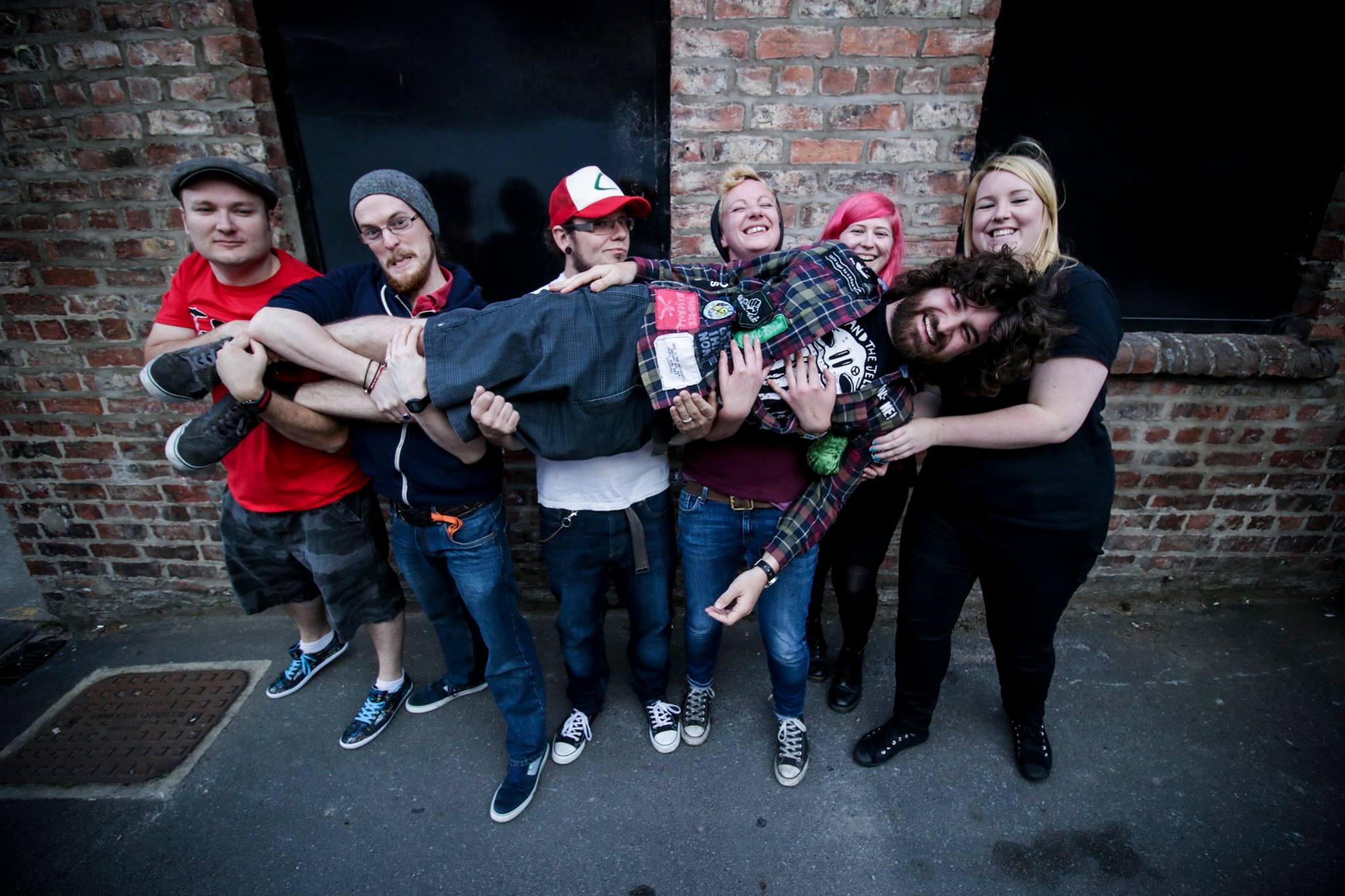 York’s latest and greatest (OK – only?) ska-punk band hit the ground running with their debut release, with seven absolute scorchers kicking their way out of your speakers and into your feet.

It’s rare that a new band starts off with such an assured and competent debut release, but they’ve managed it here. A variety of takes on the well worn ska derivative are aired here, showing that there is life in the old dog yet.

Whether it’s the deceptively laid back ‘Johnny Doesn’t Know’, with it’s gentle SB6 leanings and menacing horns, or the pop-punk influenced ‘The Seven Are Calling You Out’ which develops a lot more depth when the rhythm finally drops, there’s something for fans of all aspects of the genre.

For me, the highlight of the album is the one that shares it’s title with this very site. Random Hand meet Redeyed Jedi for a drink, before dragging the much missed Upbeat Allstars vocalist on stage to rip into a song that has the anthemic qualities of RH’s ‘Scum Triumphant’.

If I was to have a criticism though, it’s this. Good as this EP is (And it is, very much so!), it seems a little directionless, with almost an element of ‘Well, we’ve not recorded a song in THIS particular sub-genre, so we better had’ going on, and it doesn’t all work. There are elements that work incredibly well, but others less so. The last but one track, ‘Welfare Is A State’, is a fine example. Trying to be Faintest Idea, but missing the mark, it’s either a direction they should forget, or one they need to take a lot of time working on.

Luckily, the final track ‘Haemophilia’ brings it back to finish on a high note. As current as it comes, it shows where the band can go if they keep on doing what they do ever-so-well.