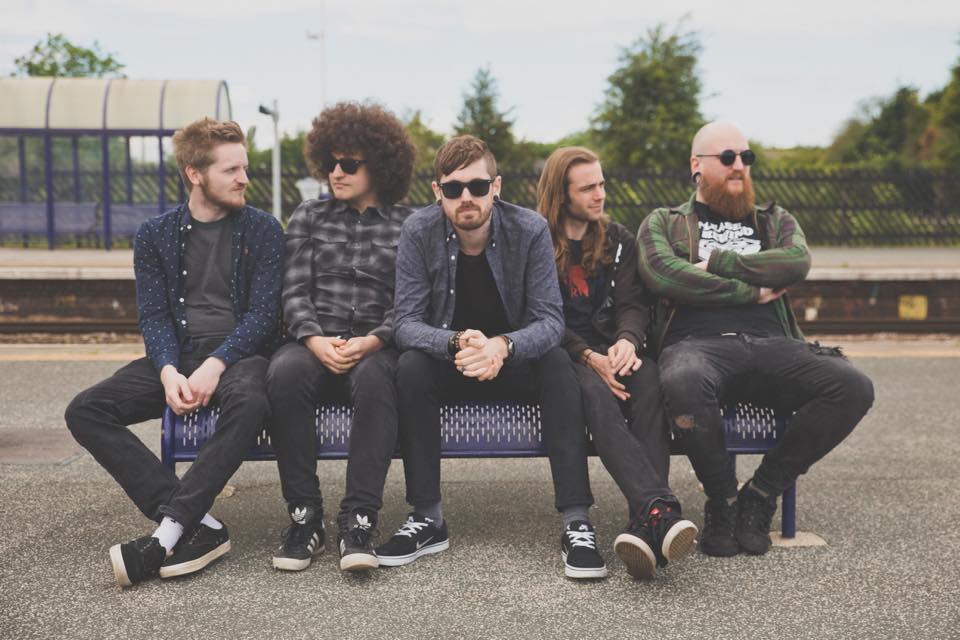 It’s always interesting to review EPs like this, as the format often suffers from a lack of something I look for when I listen to bands: cohesion. I find myself instead looking at individual songs for their inherent worth: on their own, with no weight to drag them down, but no greater context to buoy them. It takes some guts, then, to do what emo/alt act Feed Them To The Forest have done here. Two singles, “Black Canary” and “Six Seasons and A Movie”, have been repackaged as a double A-side, along with a live session of older track “The Kids Need New Shoes”, and acoustic rendition of “Six Seasons…”. Clearly they’re not afraid to back themselves, as they’ve opted for a format that shows the breadth of their ability and faults, winding up with a release that sounds like a pick ‘n’ mix selection from a band finding their feet.

After hearing some of these guys play in various other acts, I was keen to hear what they were up to next. In all honesty, the EP that Feed Them To The Forest (Feed from now…bloody kids with their long band names) put out back in 2015, whilst full of gusto, left me underwhelmed. Fortunately, they took the energy and enthusiasm that was underserved on that EP, and channeled it into better songs for their latest release. In pulling together previously-released tracks “Black Canary” and “Six Seasons and A Movie”, as well as showing their skills with a couple of re-workings, the lads have created their strongest release so far, and in doing so have shown a versatility and confidence that deserves a listen.

Opener “Black Canary” kicks in immediately and insistently, all instruments firing at once, wasting no time getting down to business. The track demands attention, all erratic vocals and Exit Ten-like thuddery. It’s a deceptively short song, and is well crafted enough that it feels more substantial than its constituent parts may suggest, which is a canny trick for a band in this genre. You can really feel the chunky rhythm guitar in the chorus, which really beefs up the feel of the song and provides a headbanging counterpoint to those moments when the band takes its foot off the accelerator. In more inexperienced hands, balancing the loud/quiet dynamic can veer into identity-crisis territory, but these guys have clearly been around the block a few times and know how to strike a clean balance. The lead vocals are distinct, and may well induce a Marmite effect in those looking for the Americanised moanings present in a good deal of contemporary UK alternative music – I found them to be a good fit for the overall sound. From track one, it’s clear that this is a band with interesting ideas.

Feed’s clever little tricks are repeated in “Six Seasons and A Movie”, which is more poppy and soppy than the opener, wistfully evoking the early-00s peak of emo-ish bands like Hundred Reasons and Funeral for a Friend. Again, the band pulls off the impressive feat of making the song seem grander than it actually is, dropping in bass licks and drum fills that catch the ear, hiding sneakily behind the bouncy symbiosis of palm-muted chords and slippery lead parts from the guitars. As with “Black Canary”, Feed show a knack for the kind of lyrics a teenager might scribble in the margins of their angsty diary entries or get tattooed on their chest at 18 and later regret it; but they’re delivered sincerely, without irony or apology, which is admirable and elevates their intent. On those rare moments that I manage to overcome my cynicism, I think I may even like this band.

As for the other tracks, “The Kids Need New Shoes”, presented here as a live session, fares better in this format than on their previous release. The mix is great, with the rhythm guitar generously spread-out, and a grandiose opening riff that nods slightly towards Pearl Jam and even (sorry) Creed. It’s a song with interesting parts, but not one that leaves the kind of impression it might have done with a little more conviction – why not go full Pearl Jam? In this reviewer’s book, it’s always a good idea to go full Pearl Jam. As for the final track, I’m not much of a fan of acoustic versions of songs unless there’s something substantially different in the way the song is presented. There are points of interest in the acoustic rendition of “Six Seasons” – that minor chord at the end of the chorus sounds more impactful here than on the full-band version – but ultimately the song feels superfluous, which is at odds with the lean, “get-in, get-out” urgency of the first two songs. I won’t judge these tracks too harshly though, as I feel the meat of this release is the opening brace of singles, which show a real development in the band’s sound.

Why, then, following on from those positive vibes, do I find myself lacking in the desire to go back and listen again? I can hear plenty to enjoy, but there’s something missing. I can’t shake the nagging feeling that this band are better than these songs. Whilst technically sound and interesting enough, they just don’t manage to nail themselves to your brain. It’s here that the band fall a little short: the melodies and hooks just aren’t quite there. Something that characterised the bands I’ve compared them to is that they made songs that managed to live on in the memory. Yes, Feed seem comfortable in their own skin, but that lack of immediacy may deter the more casual listener. I suppose it’s up to the band whether that’s a good thing or a bad thing. For me, I think engaging hooks are vital to pulling people in, and leading them to appreciate the non-surface aspects of songs. It feels odd criticising a band for not having enough on the surface, but for me, it’s an important element for a band like Feed to have. If there’s one thing that Disney tried to teach me, it’s that what’s inside counts more than what’s outside, but I won’t believe a damn thing they say until I get me a magic flying carpet. Your move, Disney.

One thing this release undoubtedly shows is progress – it’s a giant step in the right direction. Feed have a talent for building decent songs that are more interesting and layered than they first appear, and with a little work, they may one day make great songs. I’ll be keeping an eye on this band, and expecting bigger and better things. You should too.