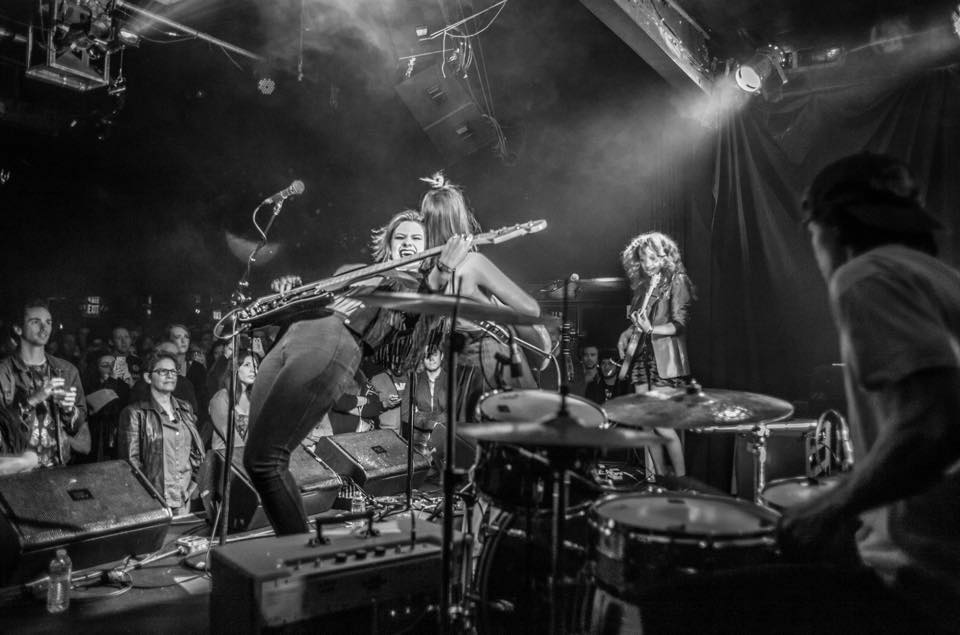 Just when you start to despair about the state of young bands coming through, the lack of imagination, the constant feeding on what their immediate peers in their musical circle are doing, and the lack of interest from major record labels outside of the predictable ‘guaranteed pop laden bubblegum’ releases, a new band emerges to shatter that image.

Up and coming American band The Regrettes are the latest in a very short list to address this. Straddling the border between punk and garage, their straight forward drum laden but guitar powered assault underpin a harmonising vocal attack which echoes the glory days of The Crystals, Ronettes and Shirelles.

Raw and powerful in all departments, they manage the trick of putting together songs which have that sneaky habit of popping into your mind a week after you heard them last, with catchy hooks and memorable lyrics which focus heavily on the pain of growing up through adolescence, whilst also touching on topical areas around the subject of the rainbow of sexuality.
With an average age of around eighteen, fifteen year old vocalist Lydia Night shows a remarkable maturity and ability for one so young, and there is a genuine feeling of authenticity about their material.

With all this going for them, it was a given that they would end up on some niche record label out of Assole, Arkansas or similar, but occasionally major label talent spotters actually get out of their safe environment and earn their keep. It seems to have happened here, with Warner financing – and apparently getting behind – their debut release.

Pick it up now, so you can say that you’d heard of them before the crowd.