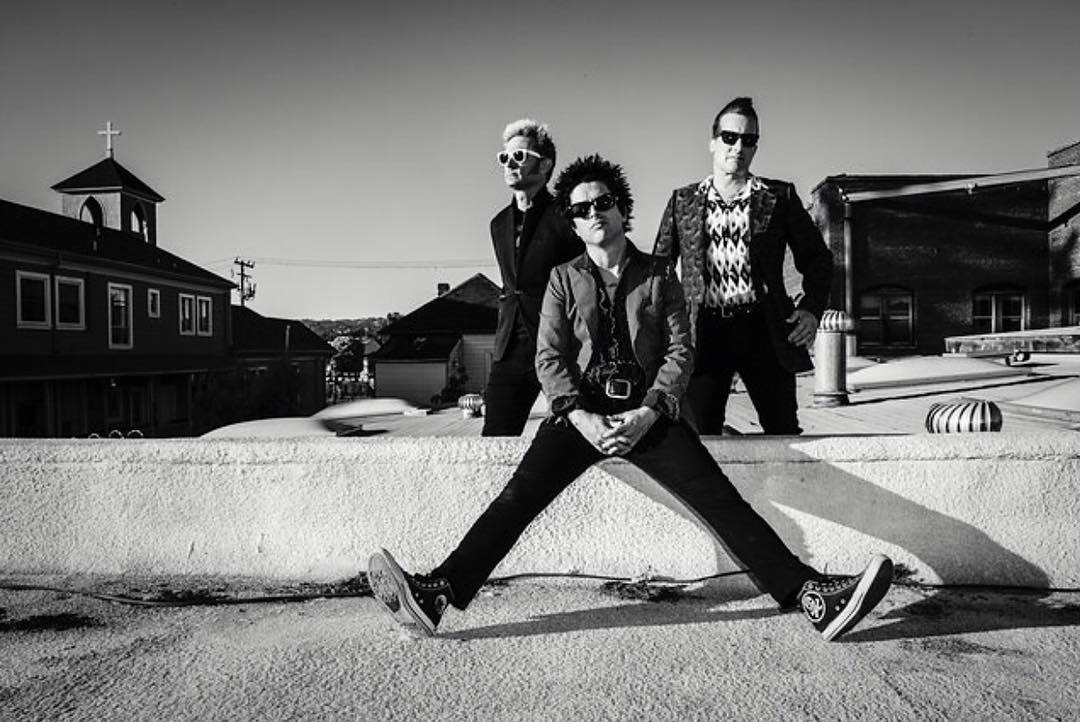 Manchester Arena played host to one of the biggest rock bands in the world on the 6th February as Green Day bought their Revolution Radio tour to the latest city. Announcing that the show would be 3 hours long and with a sold out crowd filled with all ages this was guaranteed to be a fantastic show.

On first came Los Angeles’ female fronted Ska band The Interrupters. As the only support and with a 30 minute time limit they had a lot to prove and had a mass amount of pressure to get the crowd warmed up for the main event. They somewhat accomplished this. With the lack of people currently in the room, frontwoman Aimee managed to get everyone to clap or dance along by the end of the set. With some really catchy songs such as ‘By My Side’ and protest song ‘Take Back The Power’ they managed to make a lot of new fans judging by how many people were leaving in their ‘No Racism, No Sexism, No Homophobia’ T-shirts.

Then came Green Day to a scream from the crowd that made the intro music disappear. Opening on 2009 hit ‘Know Your Enemy,’ they immediately owned the crowd; getting them to join in with Billie Joe Armstrong’s famous ‘HEYOOOOS’ and even getting a crowd member on stage to sing the final verse and take a stage dive. This triggered a night of fantastic Green Day songs, whether it was new, like Revolution Radio’s ‘Bang Bang’ and ‘Youngblood’ or old like Kerplunk’s ‘2000 Lightyears Away’ or ‘Christie Road’, that meant it didn’t matter if you were 15 or 51, you were going to have a fantastic night. Ending the set on 2 encores consisting of ‘American Idiot’ and ‘Jesus Of Suburbia’ then acoustic tracks ‘Ordinary World’ and ‘Good Riddance,’ Green Day made every person in Manchester that night feel like they were going home after having the time of their life.