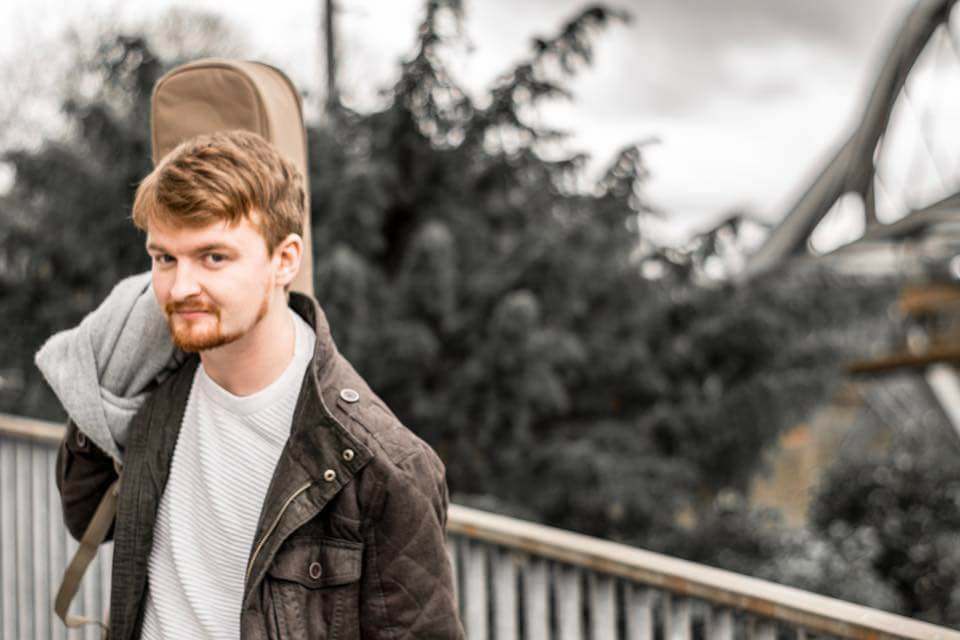 We recently caught up with our good friend Harrison Rimmer to discuss the time he’s spent touring in Australia, the upcoming festival season and who would star in a Hollywood movie about his life…

Hey Harrison, how the hell are you sir?

Hey! I’m good thanks, how are you good sir?

Great! You recently got back from Australia. Let’s start with you telling us a little bit about your musical journey out there?

My musical journey in Australia was insane! It took me right back to when I started playing in the UK. I was researching towns, villages and cities for places to play and as expected I ended up playing in some of the most random places. For example Barrow Creek, which is just a service station and a radio mast from World War 2 (feel free to google its past, it’s interesting), also places like a cool book shop in Sydney called “Sapphos”, other another places like a small bar in a small town called Mundubbera where I was the entertainment every Friday and Saturday for a 2 months. Oh also a cool one was in Darwin during Darwin Cup Weekend, which is basically York races, just very very Australian. I found myself creatively channelling something a little different to my usual stuff. When you’re playing in temperatures around 45 degrees you get a real appreciation for slowing down the tempo. I feel as though I’ve earned my chops as a touring artist consider most of my travelling was done a Hyundai Getz from 2010.

Festival season is coming up. Where are you playing this summer?

Ah festival season, the best of time year! This summer I’m a bit all over the place, In June I’m appearing at the Kimberly Jam Session (Nottingham), July I’m playing a festival for a veteran in Buckinghamshire (more info on that soon), August I’m playing at Weightless Festival (Wakefield), Adolescent Festival (York), there’s another festival in York but got to keep shhed about that, and Victorious Festival (Portsmouth). There’s more on the back burner so keep your eyes peeled! Plus there’s some killer festivals I’m playing in October, which I’m so excited about!

And regarding new music, can we expect to see anything new from you soon, and how will it differ from anything you’ve released previously?

For the last 3-4 years I’ve been sat on an album that I started recording pretty much a week after finishing my ep “C’. I’ve just been adding to it over the years with Vinnie Whitehead, throwing new songs & sounds into the mix. It’s been the biggest “what if” of my career so far. I’ve released singles around it but never bit the bullet, because it’s not something I think you’d expect from me, plus I love experimenting with music. I’ve written lyrics and music for rap, metal, punk, jazz, folk and you name it I’ve dabbled in it. Expect something around October time…or maybe even sooner!

You spend a lot of time travelling for shows, are there any specific venues or regular nights that you’d say were your favourites to play?

That’s a tough question… Off the top of my head with the UK, one of my favourite bars is in Harrogate called, “The Blues Bar” it’s this New Orleans style bar that has music on every Monday & Tuesday, hosted by the insane talent that is Martin Rose. I’ve also recently stumbled across this night in Stockport at the Nook NC, hosted by the wonderful Jay Taylor which is on every Thursday and the room is so small that it’s like being in your mates living room, only that mate has doors for a ceiling and really digs poetry, music and dogs. Also of course there’s open mic that got me going the Red Lion Open Mic in York hosted by Vinnie Whitehead. When I’m in Germany one of my favourite venues is in Münster called the Gorilla Bar which is this really cool bar with paintings of Gorillas on the walls with guitars and plays really good music, both unsigned and those all time bangers.

And how about other artists? Who have you shared the stage with that we should be checking out?

This is one of those moments where I wish I could just grab you my mixtape. I’m blessed to know so many cool humans that play some absolute tunes. Here’s a list of humans you need in your ear hole: Molars, Joscha David Mohs, Rhys Kirkman, LIO, Pray For Hayden, Elizabeth Pickering, Betty Kendrick, Emdee and Brass Phantoms.

We try to ask everyone this, and we hope to get to a point in the future where it’s not a necessary question, but since there have been countless allegations and stories over the past couple of years about inappropriate behaviour from bands who abuse their position of influence. Do you think there’s an extra responsibility to being a musician now to make sure that shows, and the scene in general, is a place where people can feel safe?

A gig/scene is a big party where anyone and everyone can come and shut out all the bullshit that happens in everyday life. It’s just you with a variety of people where you can stumble across lots of new music, friends, movies, shows, paintings whatever you want and the music needs to reflect that. A scene is a moment in time that is bigger than an artist, artists just need to be the soundtrack to that wave. You see people online or in the street ranting about their once favourite artists disgracefully misusing their influence for disgusting acts, so why the hell would another one do it to their fanbase?

And now to change the tone completely – Hollywood calls, they’re making Harrison Rimmer: The Movie and you’re in charge of casting. Who stars as you?

After all the years of Ed Sheeran jokes it’d have to be him! Or Robert Downey Jnr, just cause it’d be ace and I’m a huge fan.

Hmmm… Just thanks really for having me, thanks to you the reader & thanks for the support. Keep your eyes peeled on all my socials for the craziness that is my life. Peace.