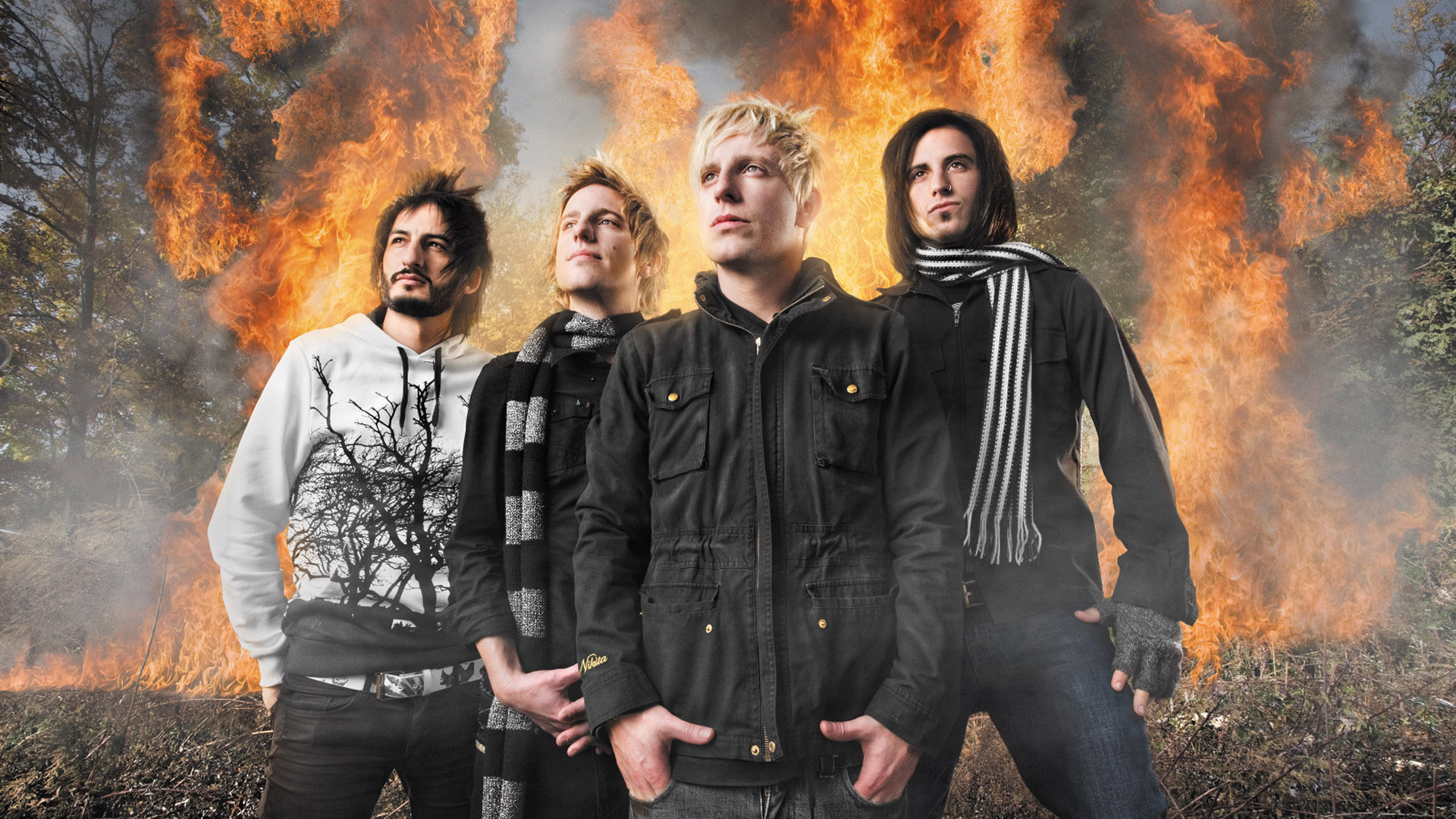 Madina Lake have announced that they’re reuniting to celebrate their debut album, From Them Through Us To You’s 10th Birthday, and will be doing a run of UK shows around this year’s Slam Dunk Festival. We caught up with bassist Matthew Leone to chat about their return, new music and what the future holds for the band…

Hey Matthew, how are things in the Madina Lake camp right now?

To put in nautical terms, the zeitgeist aboard the MS Madina IV is that we’re about to embark on a 9 day voyage through the savory Caribbean seas, with mostly clear skies in the forecast but the always present, eerie undertones that comes with the knowledge that these trade-winds can scoop you up and toss you square into the Bermuda Triangle without warning.  Which is nice.

We’re excited to see you back here in the UK at Slam Dunk Festival. Why did you specifically choose to do some shows around that festival?

Thank you.  Festivals vs shows are almost like the Super Bowl vs an NFL All Stars game. I’m not sure this metaphor conveys my point. Festivals are killer and fun but for 1,000 reasons that have nothing to do with why headliners are fun.  The ultimate live experience is when a band and audience are swallowed up in the same vortex, suspended of thought and judgement, just harmonizing and losing your shit with everyone else in the room.  That’s the goal anyway.  Distractions prevent that.  Festivals have a lot of distractions and shockingly, not every human alive loves Madina Lake.  I know right?  So clubs have better odds at achieving that cool holy shit moment, while festivals are a killer party where you hope you don’t get your ass kicked while enjoying yourself.

The line-up for Slam Dunk this year is incredible. Is there anyone you’re particularly looking forward to checking out?

I saw you guys play quite a few times back when you were touring “From Them, Through Us, To You” and “Attics To Eden”, and one show that really stands out for me was Download Festival 2008. Are there any UK shows which really stand out in your memory, and why?

Thank you.  Loads of them. Nottingham Rock City, always Manchester, Birmingham and every London show minus the Coheed one and the Paramore one.  Nothing to do with those great bands, just weren’t our best.  Oh and Glasgow. And the other cities we’re playing.

There’s been a suggestion of new music being released around these dates. What can fans expect from these new songs in terms of sound?

Good one.  One song is a 10 minute self-indulgent, and of course, ‘best song we’ve ever written’ type thing that takes you on a long and twisted journey.  Another is a super heavy Madina song, ala “True Love” which I love, and a third is my favorite type of Madina song, a dramatic pop song that makes you really blissfully sad.

The music industry has changed a lot over the last few years, and quite dramatically since you released ‘From Them, Through Us, To You’ ten years ago. Did you notice a gradual change in the way things were going when you released your second and third albums, and has it had any impact on the way you’ve approached these reunion shows?

It changes every day, it’s hard to keep up.  Nathan and I wrote a business plan that was funded by a Turkish billionaire for 7 mil meatballs. We built the whole thing, hired the staff and the VC ran off with the money.  My point is, in 2013, we launched a “singles” based label and publishing repository that was a still born because of an asshole investor, and ever since we’ve joyfully watched the business move to that exact format. None of your deadly accurate assessment has affected what we’re going to do now.  We’re finally writing who we are with no compunction or agenda

What else can we expect to see from Madina Lake after the shows in May? Will the band be returning full time?

We’re going to do 10-14 days a year with Madina.  An annual Arlene Ball where we will release a song or two perhaps but definitely do a short series of shows.  We’re doing one USA show this year as well.

Hollywood has decided to make “Madina Lake: The Movie.” You’re in charge of casting. Who would play the guys in the band?

Haha, honestly I couldn’t name more than three actors but my wife suggested the guy who played Stephen Hawking in his movie, not cause he was smart, which is one of the reasons I love her so much

Thank you, truly and deeply. We feel so grateful to have this and that is thanks to you and anyone who took the time or interest to read this. Much love to the River People, thanks for manning the fort.