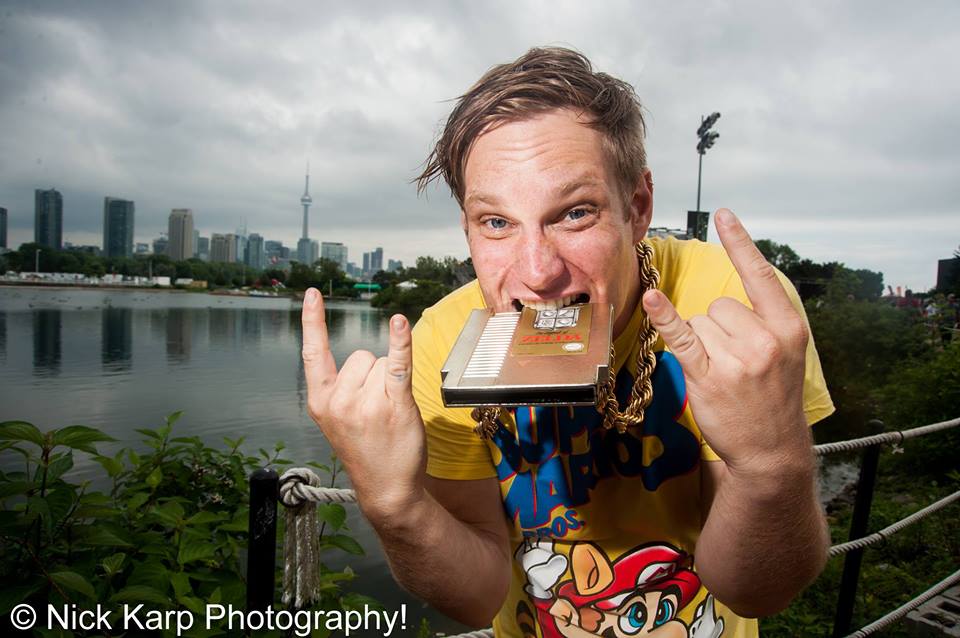 Slam Dunk Festival is fast approaching and we really can’t wait. To help get prepared, we caught up with post-punk-laptop-rapper and host of one of the best stages in the festival’s history, MC Lars. We spoke about the festival, his regular touring with Mega Ran and when we can expect to see him back in the UK after Slam Dunk…

Hey Lars! How is everything in your world right now?

Amazing!  Thanks for asking, how about you?

Great, thanks! We’re excited that you’re coming back to the UK to compere a stage at Slam Dunk Festival! How is that going to work? Will you be playing songs between each band as well as introducing them?

Ben Ray asked me to host the event and, yes, play a few songs between each act.  I did something similar at Give it A Name back in 2005 and it was awesome.  This is going to be even better.

The stage that you’re hosting has an incredible line-up, with Bowling For Soup, Less Than Jake, Zebrahead and loads more. Who are you most looking forward to?

Bowling For Soup are definitely my favorite, but I love Less Than Jake and Zebrahead too. I’ve toured with all of those guys and owe them a lot for everything they’ve done for me.  It’s going to be an incredible day.

We saw you play in Leeds at the end of last year for the 10th Anniversary Tour of The Graduate. You seemed quite surprised by the great reactions to some of the songs that you don’t play very often. Do you find that there’s a different type of crowd in the UK to what you play to back in the US?

Thanks for coming to see us!  I think that album struck a nerve in the UK, largely in part because England is where I got my start as a rapper back in 2003.  By the time “the Graduate” dropped, more people were aware of me than in the US, which is why I think the record still has a strong reaction over there.  I’m honored and humbled.

After Slam Dunk can we expect to see you in the UK again this year?

I will most likely be back in the autumn, yes!  More info to follow.

You’re spending a lot of time on tour with Mega Ran at the moment. Is there a reason you’ve decided to tour so extensively with the same artist?

He and I are working on an album together, “The Dewey Decibel System”, so we’ve been work shopping our new songs to make sure we get them right once we hit the studio this spring.

Hollywood calls. They’re making “MC Lars: The Movie” and you’re in charge of casting. Who plays you?

Looking forward to seeing you all soon!  Please support me on Patreon, dropping two new songs a month at http://patreon.com/mclars