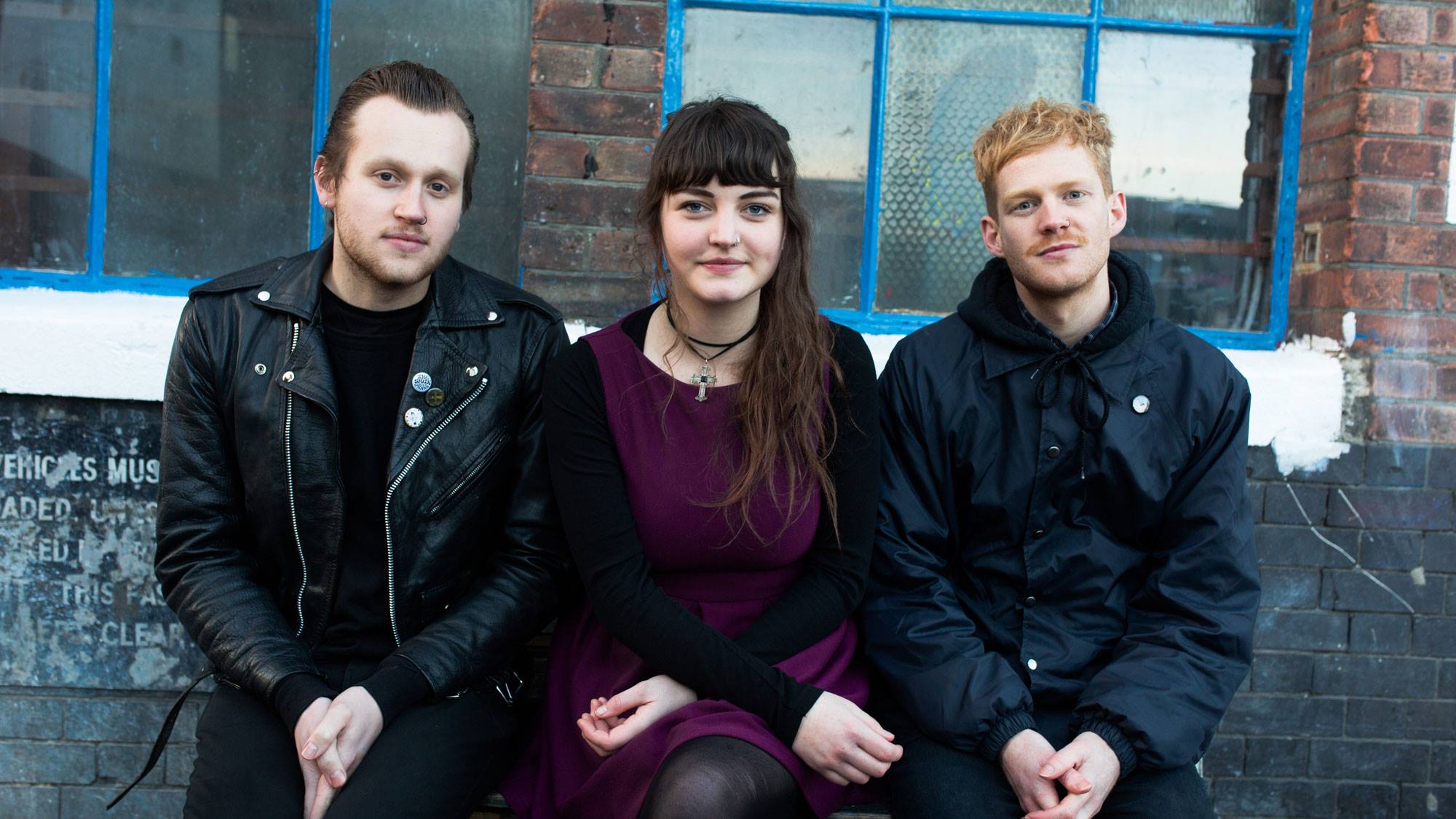 We recently caught up with Lande from Exeter punks Muncie Girls for a chat about their recent tour with The Wonder Years, the importance of politics in music and which bands on the UK underground scene we should be checking out right now…

Hello there! Can you start by telling us who you are and what you do in the band?

Hello. I’m Lande and I sing and I play bass.

You’ve recently played a few shows with The Wonder Years, who’re probably one of the best live pop-punk bands in the world right now. How were the shows?

Yeah, they were awesome. We were really lucky to get to play with that band. The show in Kingston hosted by Banquet Records was the highlight. It was in a weird club that made you feel like you were inside a giant pinball machine.

We’re right in the middle of festival season, and you’ve just played at 2000 Trees. Do you have a favourite festival to play at?

Well 2000 Trees was great both this year and last year. I think we all like that festival for its size more than anything else. Lots of the bigger ones are too hectic and there are just too many dickheads everywhere. Having said that, Glastonbury is absolutely incredible. We had the best time playing there this year.

As well as playing the bigger shows with the likes of The Wonder Years and Taking Back Sunday, you also spend a lot of time playing on the DIY scene in the UK alongside some great underground bands that we might not have heard before. Who should we be checking out?

Your debut album, From Caplan To Belsize, was one of our favourite albums of last year. Can we expect a follow up anytime soon?

What else can we expect from Muncie Girls in 2017?

We’re playing some festivals, Y Not, Reading and Leeds and Bingley Music Live and then we need to get on and get some tours booked in! We wanna go back to Europe but maybe that’ll end up being next year. Who knows!

One of the songs on FCTB, Respect, tackles the subject of misogyny and lad culture. How important do you think it is for bands to have a strong, positive message which tackle issues such as this, given the vast problems that society as a whole is facing right now?

I don’t know really. I just write songs about things that make me anxious, rape culture being one of them. I think that maybe if bands are made up of politicised songwriters, then societal themes will surface. But probably if every band started trying to send strong political messages to their audiences, or indeed to try and get an audience, then those messages would become really ignorable. The bands with the clearest messages tend to function outside of industry led music circles, which is no great shame seeing as underground music and alternative politics go hand in hand.

And on the flip side to the previous question, would you agree that it’s important to also have bands out there who actively avoid politics and offer a place for escapism from all of the stresses of every day life?

I don’t think it’s good for anybody to actively avoid politics. The best pop music encompasses the politics of a time and place. Take for example, Pulp. People get together to dance to Common People at an indie disco precisely because the politics are what unites the fans. The escapism is getting away from people who aren’t a part of it I guess.

Hollywood calls, they’re making Muncie Girls: The Movie and you’re in charge of casting. Who gets the call to play the band members?